The legendary performer carved a path of politics and persistence.

Paul Robeson was born on April 9th, 1898 to a Quaker mother of mixed ancestry and a father of Igbo heritage who had escaped slavery in his teen years. From early in his life, Robeson was an indisputably exceptional man. He left a huge cultural mark on the world with his hauntingly beautiful baritone voice and his considerable acting talent. But he was also a strong figure in the proto-civil rights movement, sparking controversy and shaping his career with his ever-growing ideals.

In 1915, Robeson was granted a full scholarship to Rutgers University due to his outstanding academic and athletic achievements. Upon his admittance, Robeson was only the third African-American in history to attend the school. Nonetheless, he took the college by storm—joining the debate team, singing unofficially with the school’s Glee Club, rising as a four-sport letterman and two-time All American football star, and gaining acceptance into both Phi Beta Kappa and Cap and Skull. When he graduated as class valedictorian, his parting speech urged his peers to go out into the world and work toward equality among all Americans.

Related: 19 Facts About Black History That You Might Not Know

Robeson started studying law at New York University in the fall of 1919, but transferred quickly to Columbia Law School for the spring semester. As he learned the ins and outs of law, he began a romantic relationship with Eslanda Goode. Her urging and support pushed him to give his theatrical debut as Simon in the play Simon of Cyrene.

Shortly after his marriage to Goode in the summer of 1921, Robeson was recruited to play for the Akron Pros in the NFL. However, Robeson chose instead to put both his athletics and schooling on pause as he pursued the role of Jim in the play Taboo.

Although Robeson passed the New York bar in 1923, the rampant racism of the legal business pushed him further toward his artistic pursuits. Armed with his sharp mind and incredible talents, it wouldn’t be long before Robeson was a force to be reckoned with.

In the years following his schooling, Robeson’s career as an artist picked up at an alarming pace. While the lives and careers of minorities are automatically politicized within society, Robeson made a point of choosing roles reflective of his identity, and spoke out about racial issues to great controversy. In 1924, he won the role of Jim Harris in the premiere of Eugene O’Neill’s play All God’s Chillun Got Wings. O'Neill's play was an expressionist work about miscegenation, featuring Robeson as an aspiring lawyer who fell victim to the controlling resentment of his abusive white wife, Ella. As racist outlash delayed Chillun's opening, Robeson went on to star in the titular role of another of O’Neill’s works, The Emperor Jones.

Related: On This Day: Sidney Poitier Was Born

After appearing in a silent film in 1925 and engaging a series of concert tours from 1926-1927, Robeson played Joe in the London production of the musical Show Boat. His moving performance of “Ol’ Man River” is considered unmatched to this day. It became a landmark in his career, especially after it was immortalized in the 1936 film version of the musical, which also included Hattie McDaniels in its cast.

In, 1930 Robeson became the first black actor in Britain to play the lead role in Othello in over a century. By this time, he had begun speaking openly about his wishes to have his great artistic accomplishments held up as an example of—rather than the exception to—what black men were capable of.

The 1930s brought Robeson much film success, with an on-screen return to his role in The Emperor Jones, a part in the international film Sanders of the River, the aforementioned Show Boat, King Solomon’s Mines, and more. This decade also brought him closer to his cultural roots and heightened his social consciousness.

On film sets, Robeson refused to be belittled, even in the times of oppressive Jim Crow practices. He announced that he had no interest in performing European opera, as the music was too far removed from his own personal identity. In 1934, he made the commitment to study Phonetics and Swahili at the University of London’s School of Oriental and African studies. Consequently, his love for his culture resulted in his publication of an essay entitled “I Want to be African”.

Robeson, at the behest of his anti-imperialist and socialist acquaintances, began to pay visits to the Soviet Union. While passing through Berlin, Robeson was privy to the appalling reality of Nazi Germany’s heightened racism. In stark contrast, Robeson’s arrival in Moscow made him feel as though he was treated like a dignified human being for the first time in his life. In 1936, he sent his nine-year-old son to the Soviet Union to be educated in an environment without the oppression of racist attitudes.

Amidst the Spanish Civil War, Robeson issued the statement, “The artist must take sides. He must elect to fight for freedom or slavery.” He also put action behind those words, advocating for refugees and the Loyalist cause and traveling to Spain to sing to wounded soldiers in the hospital. He also attempted to boost Loyalist moral by visiting the battlefront.

Around this time, Robeson also supported Indian independence and sympathized with China’s plight amidst the Second Sino-Japanese War. He recorded the activist song, “Chee Lai!,” written by Liu Liangmo in both English and Chinese, and his international star status made it rise to eventually become China’s national anthem.

As tensions rose during World War II, Robeson returned to America with his family. After appearing in the 1942 film Tales of Manhattan, he made the decision that he would refrain from acting in movies, as the only cinematic roles available for black actors were frequently demeaning. While he toured North America in Othello, he spent that time championing the freedom of Africa from colonial powers and exploitation.

Robeson’s outspoken political efforts soon made him an enemy of many big players in the American government. In 1946, Robeson clashed heads with President Truman.

In a meeting Truman abruptly brought to an end, Robeson criticized the president for his lack of action in response to the Moore's Ford Lynching. Roger and Dorothy Malcolm and George and Mae Murray Dorsey had been shot and killed after Roger Malcolm was accused of stabbing a white man. Mae Dorsey was pregnant at the time; her fetus was cut out of her body after she was shot. The bodies of the four were left tied to a tree. Robeson, furious at Truman's dismissal both of the lynching and himself, founded the American Crusade Against Lynching.

The same year, Robeson was brought before the Tenney Committee (a precursor to McCarthy's House Un-American Activities Committee) for an investigation of his involvem ent with the Communist Party. While Robeson denied such affiliations, both the Civil Rights Congress and the Council on African Affairs—organizations which Robeson heartily engaged in—were put on the Attorney General’s List of Subversive Organizations.

Robeson’s troubles only got worse. He was forced to tour overseas when the FBI ensured his American concerts were cancelled. In 1949, he spoke at the Paris Peace Congress on the topics of equality, the Soviet Union, and anti-fascism. The Associated Press sent a dispatch that changed Robeson's words into a denunciation of all things American. In response, the American press blacklisted Robeson, and HUAC subpoenaed Jackie Robinson to testify against Robeson.

It wasn't just the government that was becoming apprehensive of Robeson. Robeson was scheduled to put on a concert in Peekskill in August—his fourth there. After (the inaccurate) descriptions of Robeson's remarks in Paris reached the town, a mob organized. They attacked concert-goers, causing the scheduled show to be postponed. When Robeson was able to perform a week later, he, his concert-mates, and audience members were verbally and physically assaulted.

In 1950, Robeson was denied a passport by the State Department, preventing him from holding concerts outside of the United States. With international concerts forming the majority of his work, Robeson was perturbed by this change. When Robeson inquired on what grounds his passport was denied, officials referenced his critique of American racial relations throughout foreign countries. But Robeson’s politics would not be stopped.

One year later, he presented “We Charge Genocide”—an anti-lynching petition—to the United Nations. The document claimed the United States was responsible for a genocide of African Americans, due to their failure to combat lynchings. Not long after that, he was awarded the International Stalin Prize by the Soviet Union, which he was forced to accept in New York. Robeson was still barred from his passport.

In 1956, the HUAC brought Robeson to Congress. Previously, he had refused a request to sign an affidavit denying an affiliation with the Communist Party. Robeson steadfastly refused to engage in the conversation, questioning the constitutionality of such proceedings.

Through this time, Robeson's appeals for his passport and freedom remained ignored. Though he was still unable to leave the United States, he sang for a London audience of thousands via a telephone concert shortly after his HUAC interrogation.

It wasn’t until 1958 that Robeson’s passport was restored. He set out on a world tour, and became the first black performer to sing in London's St Paul's Cathedral. At the end of 1959 his health took a downturn. On top of experiencing heart problems, Robeson fell victim to depressive states which led him to make several suicide attempts. It is believed by many that his declining physical and mental health was a result of emotional distress at the hands of an oppressive government.

In 1963, Robeson returned to America for good, choosing to live his life quietly in isolation. When he briefly engaged with the Civil Rights movement, an illness promptly took him off the board. He lived until 1976, when, at 77 years of age, he passed away from stroke complications.

Paul Robeson didn’t lead an easy life, but it was an exceptional one. Not content with merely leaving a cultural mark on history with his artistic contributions, he wanted to leave the world a better place than it was when he entered. Though he was met with resistance at every turn, Robeson’s legacy paved the way for all activists that have followed in his footsteps. 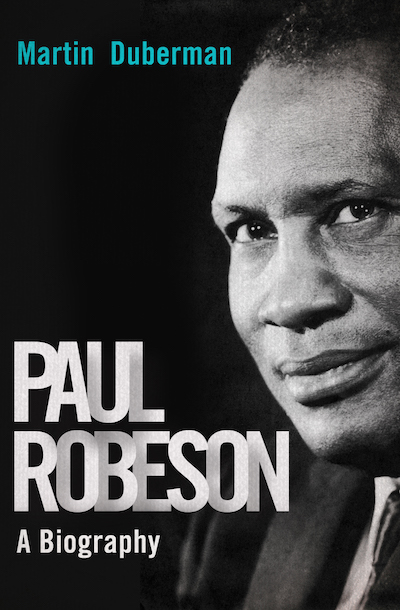