Over 90 years after his birth, we look back on King's legacy with these vital reads.

January 15th, 2020 would have been Martin Luther King Jr.'s 91st birthday. As we find ourselves in another moment of turmoil and social change, there is no better time to look back on the man who led the Civil Rights Movement and transformed America.

Over 50 years have passed since King's tragic assassination, and many of his dreams and goals remain unrealized. The following King biographies, memoirs, and writings set his work in the context it was created–something often sadly lacking in our discussion of the trail-blazing speaker's life and history. Reintroduce yourself to an icon; along the way, you'll meet the man. 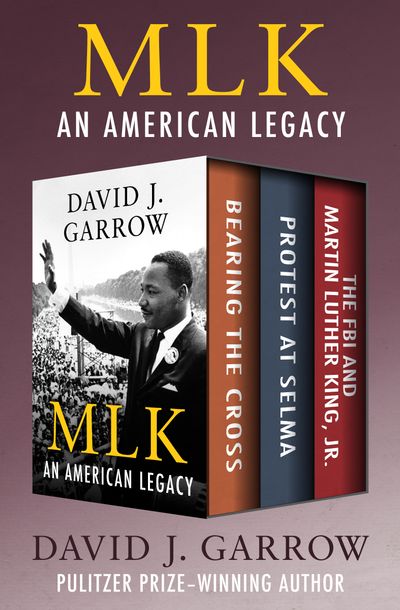 If you’re ready to take a deep dive into King’s life and legacy, these three books by David J. Garrow are the perfect place to begin. The first entry in Garrow’s trio of books about MLK won a Pulitzer Prize in 1987. Garrow’s intensive research, interviews, and access to FBI case files allowed him to produce a definitive biography of the man who became an American icon.

Related: "I've Been to the Mountaintop": Revisiting the 1968 Assassination of Martin Luther King Jr. 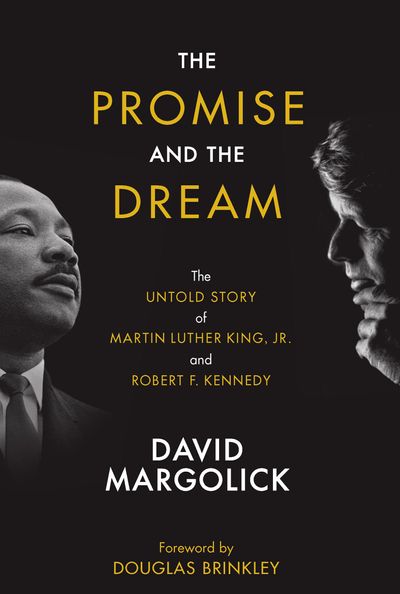 The Promise and the Dream

King was not the only political figure assassinated in 1968. Sixty-two days after King’s assassination, Robert F. Kennedy, younger brother of JFK and senator for New York, was shot by a Palestinian protestor. In this fascinating dual biography, David Margolick investigates how each changed the political path forward—King as outside agitator, Kennedy as inside operator.

The Promise and the Dream 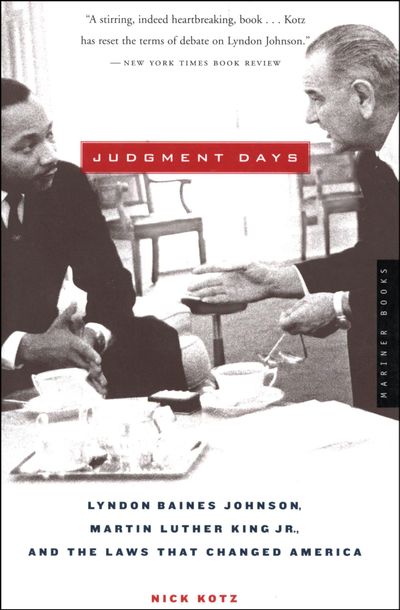 This joint biography of President Johnson and Martin Luther King, Jr. may focus a bit more on LBJ than MLK, but it offers a valuable frame for understanding King in the context of the last five years of his life, as the Civil Rights Movement fostered real change at the federal level.

Related: On This Day: Martin Luther King, Jr. Was Assassinated in Memphis, Tennessee 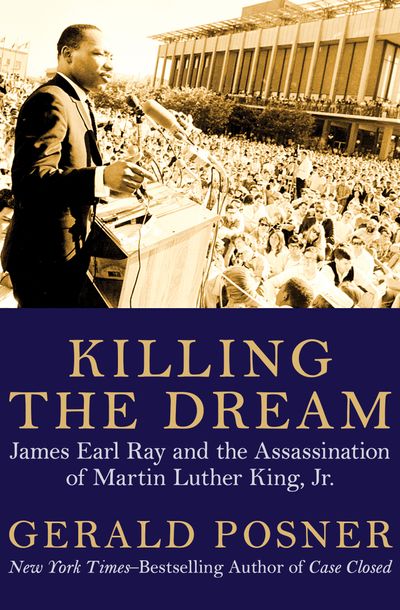 Assassinations tend to draw conspiracy theories: the idea that just one person can be behind the death of a highly visible, presumably highly protected figure floors the mind. MLK’s assassination is no exception, and Gerald Posner’s investigation into a wider conspiracy is one of the finer attempts at pulling the threads of a plot together.

Branch offers another tome of a biography on King in Parting the Waters. Branch’s offerings are meant for the readers who are ready to spend a good chunk of time understanding the Civil Rights Movement as a whole. This, the first of three installments, runs over 1,000 pages—so put on your reading glasses.

Related: 20 American History Books to Educate and Inspire Readers of All Ages 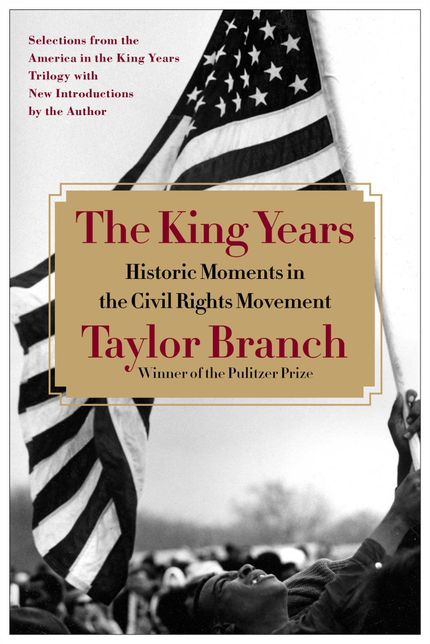 The King Years: Historic Moments in the Civil Rights Movement

Looking for Branch’s authority in a bit of a smaller bite? We’ve got you covered. Branch also wrote The King Years as a sort of highlight reel of the Civil Rights Movement during the King era. Although not as thoroughly detailed as Branch’s other work, it provides a great starting point to learn more about King.

The King Years: Historic Moments in the Civil Rights Movement

Want more biographies or memoirs? Sign up for The Archive's newsletter, and get our recommended reads delivered straight to your inbox.

Martin Luther King Jr. was first—and perhaps foremost—a theologian. His work was greatly inspired and shaped by his faith, and framing his calls to action in an explicitly Christian morality made Civil Rights more palatable to a large swath of America. To learn more about the theology that underscored the movement, we suggest Cone’s exploration of liberation as the central tenant of Christianity. Cone is more radical than King was, but his message clarifies how religion was both a salvation and a framework for action during the Civil Rights Era. 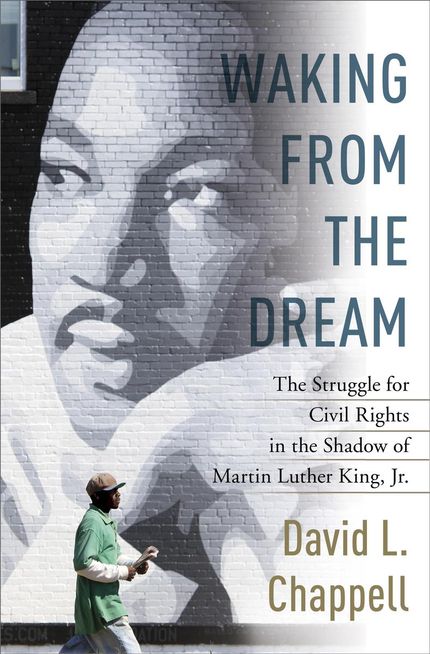 Waking From the Dream

The Civil Rights Movement did not die with King. In this book, you’ll discover how the Fair Housing Act was passed after King’s death, how some leaders were galvanized by his death, while others were left by the wayside. Although there were further fractures within the movement after King’s assassination, the struggle and triumphs continued.

Waking From the Dream 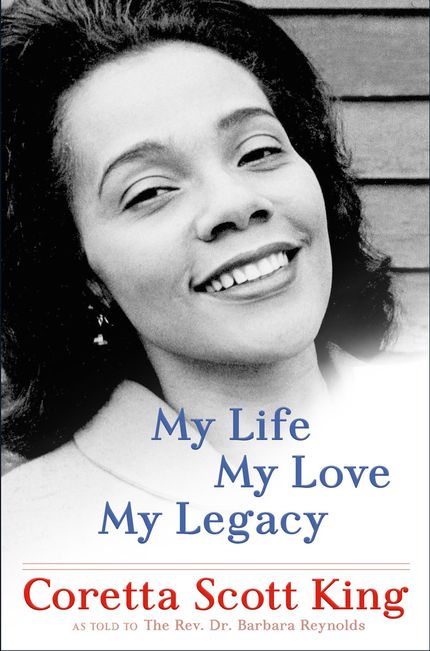 My Life, My Love, My Legacy

This posthumously published memoir was reconstructed from a series of interviews given to Dr. Barbara Jordan by Coretta Scott King in the last year of her life. This memoir is deeply personal, including some rather petty details. But it shows Coretta as the woman she was—intelligent, fiery, and a born leader.

My Life, My Love, My Legacy 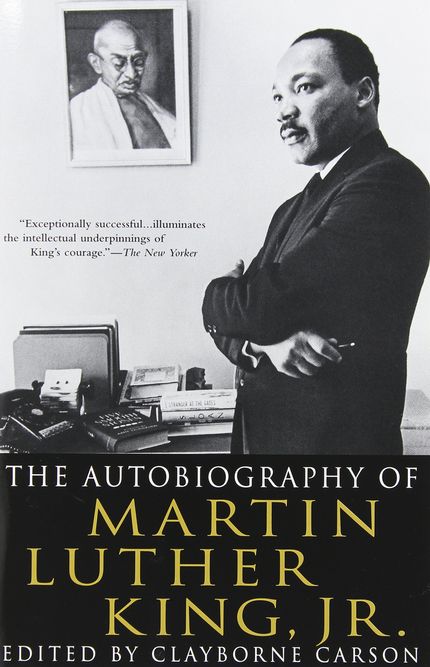 Calling this book an autobiography may be more of a clever marketing ploy than a true description, but it is nonetheless worth reading. Carefully collated and edited by Clayborne Carson, The Autobiography of Martin Luther King, Jr. brings together a collection of King’s journals, speeches, interviews, and more to recreate his life. 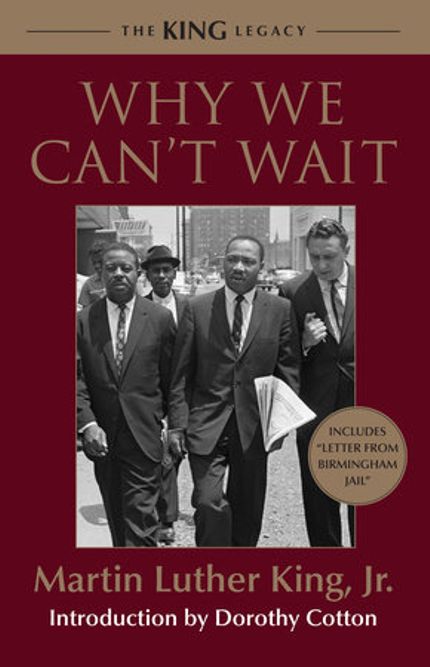 Why We Can't Wait

Experience Dr. King’s words for yourself in Why We Can’t Wait, his 1964 treatise about why the time for civils rights was in the very moment King and his reader stood. After King’s “Letter from Birmingham Jail” went the 1963 equivalent of viral, publishers reached out to the leader to discuss expanding its themes into a book. This powerful narrative explores the history of protest, the meaning of nonviolent protest, and the lack of progress felt by black citizens of the mid-20th century. If nothing else, reading “Letter from Birmingham Jail” should be a requirement for all American citizens to understand the history of inequality and pain—and how easy it can be to exempt oneself from a problem in which all citizens are implicated.

Why We Can't Wait

John Lewis has been a House Representative for Georgia since 1987. Before that, he cut his teeth as one of the “Big Six”, the main leaders of the Civil Rights Movement. In March, Lewis, alongside illustrator Nate Powell, gives his readers a firsthand look at his life growing up in rural Alabama, his first meeting with Martin Luther King Jr., and the beginning of Lewis' civil rights work. Each of the three graphic novels in this series offers a powerful and unique perspective. March will satisfy both teens looking for more information on the Civil Rights Movement as well as adults.

Want more history book recommendations? Sign up for The Archive's newsletter to dig deeper into history’s most fascinating cases.

By Stephen B. Oates

This biography, under 600 pages, is a great place to start if you’re looking for a more serious take on King without having to crack open multiple 1,000 page volumes. Oates’ passion for his subject jumps off the page. Whether you’re familiar with King’s legacy or maintain only a passing understanding of his work, Let the Trumpet Sound will teach you more about the man’s life.

By Stephen B. Oates