17 Historical Places You Need to See in Your Lifetime

It turns out that you don't have to be Indiana Jones or Nicolas Cage in National Treasure to explore a piece of history. In fact, there are tons of amazing historical sites that you can (and should!) go see as soon as possible. Each monument or landmark holds a piece of history. Its preservation is a gift that we shouldn't take for granted.

Now that COVID-19 vaccines are available and some countries are cautiously welcoming back visitors, we've started daydreaming about our next trek around the world. If you are curious about glimpsing the past, then you're in luck. We've compiled a list of 17 historical places that you need to visit in your lifetime—hopefully sooner rather than later.

The Cathedral of Vasily the Blessed, more commonly known as Saint Basil’s Cathedral, is instantly recognizable. It’s come to be synonymous with Russian culture, although curiously, its architecture is quite unique from the rest of the nation. The cathedral was built between 1555 and 1561 on the orders of Ivan the Terrible in order to commemorate two successful battles.

Originally an Orthodox Christian church, the cathedral is now primarily in use as a museum, with the occasional prayer service. It’s also a designated World Heritage Site. People flock to the cathedral to witness its magnificent architecture, representing a bonfire rising into the sky, with their own eyes.

Nestled among a mountainous region in the south of Spain, this picturesque palace and fortress complex has a storied history. The Alhambra was built in 889 on top of ancient Roman ruins, only to be neglected until the 13th century, when it was rebuilt by an emir of the Nasrid dynasty. At the time, Granada was under Muslim rule. When Spaniards regained control of the territory, the Alhambra was used as the Royal Court of Ferdinand and Isabella. Now it attracts tourists from all over the world with its amazing display of architecture.

In broader terms, the city of Granada itself is also a fascinating place to visit. Christians, Muslims, and Jews vied for control of the site for centuries, and now live together in the culturally rich city. Writer Washington Irving spent some time in Granada; his book below sheds light on its complex history.

Chronicle of the Conquest of Granada 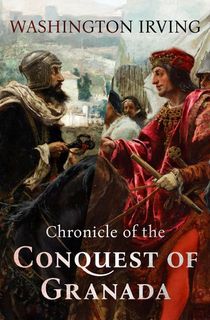 China’s Forbidden City is actually a palace complex, not a city—although its enormous size lends credence to the name. The complex has 980 buildings over 178 acres, and according to UNESCO, it has the largest collection of preserved ancient wooden structures in the world. It was built between 1406 and 1420 and was used as the home of Chinese emperors, as well as the Chinese seat of government, for 500 years. On average, the Forbidden City receives 14 million visitors a year—perhaps you can be one of them.

You already know what and where these are, right? While we may still not know exactly how they were built, this pyramid complex has sat at the center of human imagination for centuries. The Giza Pyramids are made up of three large and three smaller pyramids, as well as the sculpture of the Great Sphinx. Learn more about Egypt's mysterious history by reading The Pyramids by Miroslav Verner below. 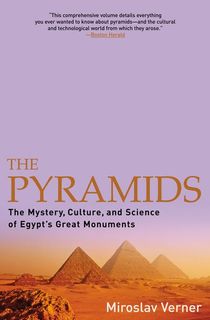 While you can no longer enter inside the stone circle at Stonehenge, you can still get pretty close to one of the world's most famous megalithic structures. Located in the midst of a large series of prehistoric earthworks, the Salisbury-adjacent structure includes hundreds of burial mounds. The precise origin and function of Stonehenge remains hotly debated to this day.

While you’re up north in England, consider also checking out the henge at Avebury. That massive circle is over 1,000 feet in diameter. In many ways, it’s even more impressive than Stonehenge.

Perhaps best known as the entrance to the resting place of the Holy Grail in Indiana Jones and the Last Crusade, Petra actually has a somewhat uncertain history. The city was carved into the side of a canyon in present-day Jordan. Also called the Rose City, it remains remarkably well-preserved centuries after its initial construction. It is now a UNESCO World Heritage Site. Petra was also named one of the New Seven Wonders of the World.

Made famous by countless beautiful photographs, the ruined Incan city of Machu Picchu is located in a relatively inhospitable location. The city perches on top of a mountain accessible only by train or a four-day hike. Despite this, it is such a popular tourist destination that limitations have recently been placed on how many people can visit at a time, in order to help preserve the incredible ruins.

Want to explore the historical world? Sign up for The Archive's newsletter, and get the best in travel delivered straight to your inbox.

The largest religious monument in the world, the sprawling temple complex of Angkor Wat covers more than 400 acres. It was once the heart of the massive capital city of the Khmer Empire. Today, the temple complex is crowded with people once again. Now, though, it is tour groups coming to explore the splendor of this incredible historic site.

Having been restored substantially in recent years, the ruins of the Mayan city of Chichen Itza are the second-most visited archaeological site in Mexico. Chichen Itza translates to "at the mouth of the well of Itza". The Itza people were the dominant lineage in the region at the time.

Itza may also refer to the natural sinkholes or cenotes that are nearby. The famous Cenote Sagrado, also known as the "Well of Sacrifice," where archaeologists believe that the Maya made sacrifices to the rain god, Chaac, is one of the city's marvels.

Greece and Italy have so many famous ruins that it can be hard to choose from among them. While the go-to locations for most modern day adventurers are places like the Parthenon in Greece or the Colosseum in Rome, Delphi is sometimes forgotten, even though it housed the most famed oracle of the ancient world. Ancient Grecians considered Delphi the center of the world. Just a short hike above the main Delphi temple ruins you'll find the Corycian cave. This place was sacred to the Corycian Nymphs, the Muses, and even Pan.

Odds are you've seen it in a movie somewhere, but that's nothing compared to standing before the Hagia Sophia. The magnificent structure was originally constructed as a Greek Orthodox basilica. It later became a mosque in the Ottoman Empire and is now a museum. There have been recent calls to convert it back into a mosque. Hagia Sophia is the quintessential example of Byzantine architecture.

When you try to picture a fairytale castle, chances are what appears in your mind is something similar to Neuschwanstein Castle. That's not by accident, as the castle actually served as the inspiration for Disney's Sleeping Beauty Castle. Originally built by King Ludwig II, the castle was first opened to the public just seven weeks after his death in 1886. The picturesque structure is perched on the top of a tall hill in Bavaria, Germany.

Like many of the destinations on this list, this Mayan ruin in Guatemala has featured prominently in film, perhaps most notably standing in for part of a Rebel base in Star Wars: A New Hope. It’s also one of the best-preserved Mayan ruins that can be visited by the public.

Once the grandest temple in Thailand's former capital Ayutthaya, Wat Phra Si Sanphet was largely destroyed by the Burmese in 1767. Today, three distinct Chedis that were part of the original temple structure can still be seen, their bell-shaped design giving the ruin an unmistakable profile. The Chedis were places of prayer and meditation, built atop the burial places of kings. Other foundations and smaller Chedis around the area are also intact.

Despite being inactive since the sixth century, the Colosseum continues to be a beacon for spectators. Visitors from around the world come to admire the glorious and impressive monument.

Also known as the Flavian Amphitheater, the Colosseum was built between 70 and 72 CE. After the turbulent reign of Nero, Flavian emperors attempted to restore Senate authority and promote public welfare. Vespasian, founder of the Flavian dynasty, decided to build a new amphitheater on top of where Nero’s Golden House once stood. In 80 CE, the Colosseum was completed—measuring 620 by 513 feet and easily becoming the largest amphitheater in the Roman world. Vespasian’s son, Titus, launched a celebration that included 100 days of games.

For about two centuries, the Colosseum was a public hotspot for gladiatorial fights and other large events. By the 20th century, some two-thirds of the original Colosseum had been destroyed due to weather, natural disasters, neglect, and vandalism. Thankfully, since the late 20th century, a number of restoration efforts have begun, and the Colosseum has regained its status as one of Rome’s major attractions. It receives about seven million annual visitors.

The Taj Mahal is considered one of the New 7 Wonders of the World—and with good reason. There is no denying the beauty of the massive mausoleum/symbol of love.

After the death of his favorite wife, Shah Jahan commissioned this elaborate tomb in her memory. Supposedly, Mumtaz Mahal, on her deathbed, begged her husband to build her the most beautiful tomb ever. The emperor certainly came through–although it took some 20 years to be fully completed.

The Taj Mahal cost the emperor over 30 million rupees (around 800 million modern dollars) and needed over 20,000 workers to complete. Today, both Mumtaz Mahal and her beloved Shah Jahan lay inside the extravagant tomb, which is surrounded by a 300 square meter garden.

One of the world’s most famous landmarks took about a millennia to build, and now it’s one of the world’s most breathtaking views. The Great Wall of China is considered the largest construction project ever undertaken to this day. The collection of fortifications were made from materials like stone, brick, tamped earth, wood, and more. As early as the seventh century BC, several walls that would become sections of the Great Wall had already been built. They would eventually be joined by Qin Shi Huang, the first Emperor of China.

Related: 8 Facts About Genghis Khan That May Surprise You

Later on, the Ming dynasty built the most well-known section of the walls, which stretches 5,000 miles. The main purpose of the wall was defense against the nomadic Mongols, who, despite their small population, posed a serious military threat. The wall stands today as a marvel of engineering and triumph of human ingenuity. For more on the Great Wall of China, check out The Great Wall by Julia Lovell below. 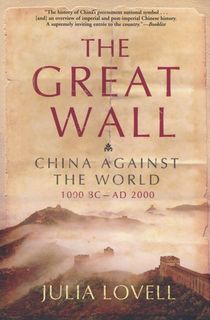 Want to explore the historical world? Sign up for The Archive's newsletter, and get the best in travel delivered straight to your inbox.

These are just a few of the incredible historical sites that tourists and explorers can still visit today. If you have the itch of wanderlust, a thirst for adventure, or simply want to learn more about the fascinating history of human civilization, visit any of these sites or many more around the world.

[Via Places to See in Your Lifetime, Telegraph, Nomadic Matt]