Read up on the man who defined the American ethos.

Diplomat. Scientist. Writer. Philosopher. Founding Father of the United States. The man who flew a kite and a key in a storm and discovered electricity. Benjamin Franklin’s fascinating and eventful life makes for enthralling reading, especially in our own politically turbulent, rapidly changing times. It’s understandable that readers would seek out material on a figure who served as a force of change in his own times. But where does one start?

Related: The History of Freemasonry, a Fraternal Organization Fraught with Conspiracy Theories

There is an abundance of biographies available on Franklin and the accomplishments and controversies that made up his 84 years. Below are nine remarkable and highly recommended biographies written by trustworthy historians. With unique styles and approaches to 18th-century American politics and scientific advancements, each author can sign their name to their work as proudly as Franklin signed his to the 1776 Declaration of Independence.

The Life of Benjamin Franklin, Volume 1

The sheer size of the volumes from Lemay’s series may seem daunting at first, but if you're seeking out a richly detailed and thorough biography, this is the one for you. The three volumes divide Benjamin Franklin’s life into the following time categories: 1706-1730, 1730-1747, and 1748-1757. Each volume specifically focuses on a role Franklin played in his lifetime, with the first being his work as a journalist, the second being his life as a printer and publisher of monumental works, and the third being his triple-act as a solider, scientist, and politician (the job titles he is most famous for). It's up to you to decide which of Franklin’s illustrious careers you would like to commit your attention to. 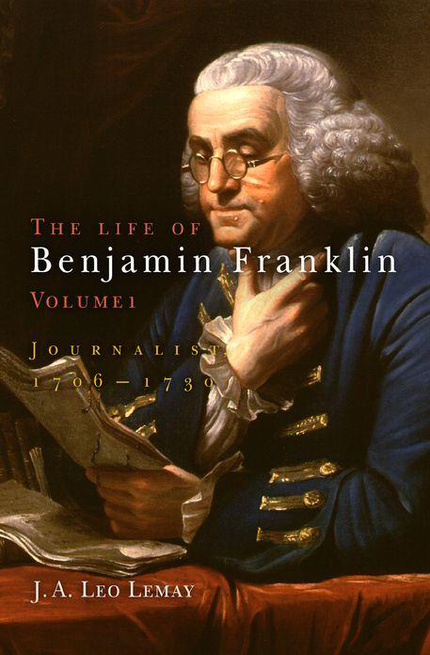 This lengthy biography was produced by a professor of history and seasoned biographer of other innovators, including Leonardo da Vinci, Albert Einstein, and Steve Jobs. Isaacson’s approach to Franklin’s life is that of a biographer who appreciates and admires geniuses.

This biography explores the broader spectrum of Franklin’s scientific and governmental achievements, from his discovery of electricity to his establishment of local lending libraries to his project of redesigning kitchen stoves so they wouldn’t smoke so much. Isaacson presents Franklin as a full enterprising spirit and human being, just as he does with his other subjects. 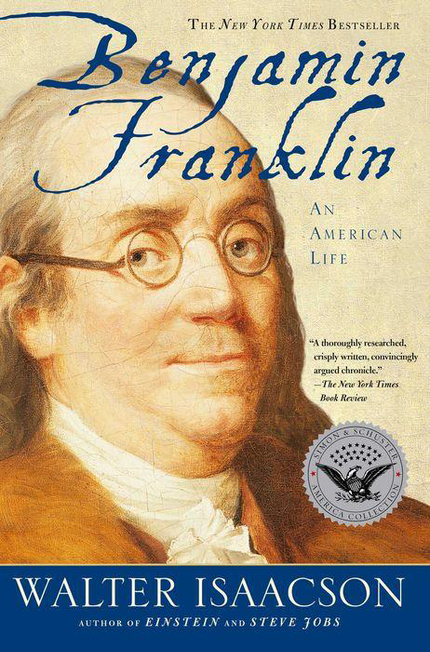 This biography is an ideal choice for readers and researchers who are looking for the psychological elements that shaped Franklin into a Founding Father. It was written by a Pulitzer Prize finalist who tackles his subject matter with intensity and insight.

This biography, as the title suggests, focuses primarily on young Franklin’s struggles to navigate through the brutal worlds of imperialist England and colonial-age America, which was not so much an idealistic promised land as raw material to be molded and reshaped by strong-willed individuals with big ideas. The book ends when Franklin is age 41 and is in the process of discovering electricity. 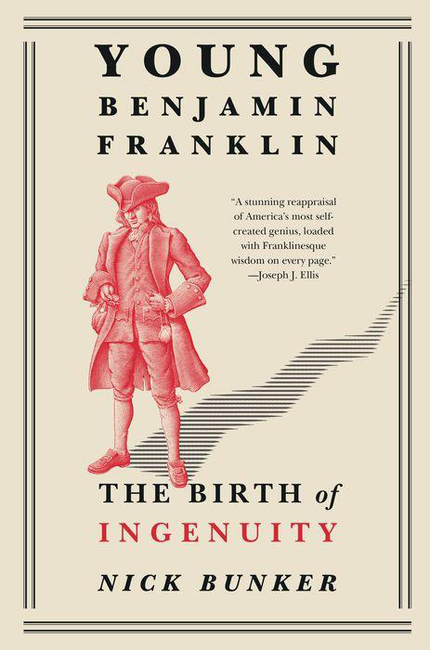 From 1724-1726 Franklin was a printer’s apprentice in London, and from 1757-1775 he called Britain’s capital his home yet again. It was in London during this second stretch where he would defend American interests and socialize with some of the era’s great minds, such as Enlightenment philosopher David Hume and physician and inventor Erasmus Darwin. This biography explores Franklin’s inner tug-of-war and how he teetered between his identity as an Anglophile and his role as an American representative. Goodwin’s work is an interesting journey through Franklin’s divided locations and principles. 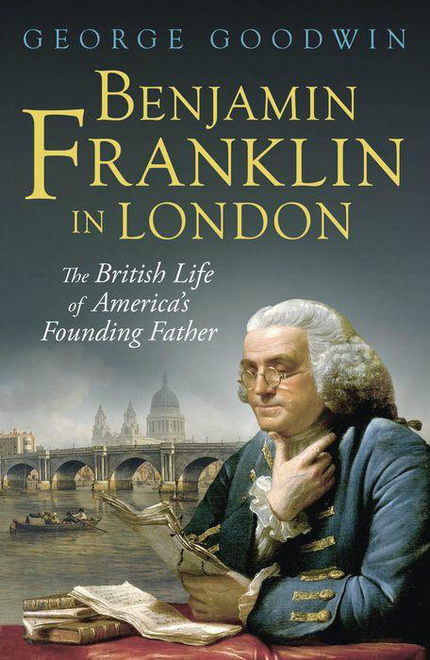 The First American: The Life and Times of Benjamin Franklin

This biography was a Pulitzer Prize finalist, written by a well-respected professor of history. Its wealth of source material includes Franklin’s letters and correspondence, some of which has never been published before. Like Lemay’s work, this book is profound and accurate, leading readers by the hand through Franklin’s journey from obscurity to notoriety. Unlike some of the others included on this list, the book doesn’t focus on one particular aspect of Franklin’s life, but on his status as a Renaissance man of his time, who thrived in science, publishing, travel, the military, and politics alike. 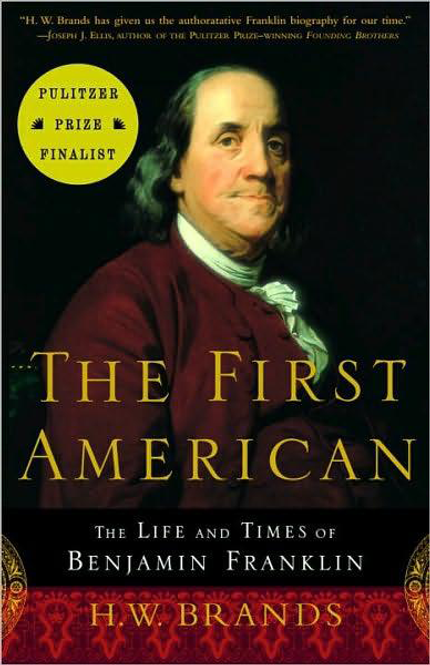 Thomas Fleming presents Franklin as a man of courage and innovation during a time when society was undergoing a dramatic transition into modernity and industrialization. This book particularly finds its grounding in Franklin’s political and scientific breakthroughs, such as his discovery of electricity and his part in America’s road to independence. As an ambassador he was also essential in the process of maintaining shaky relationships with the British Empire and the rest of Europe during these tempestuous times. This book is about a man brave enough to face the wrath of kings and diplomats as well as the wrath of the natural world.

Related: 9 Fascinating Books About the Founding Fathers of America 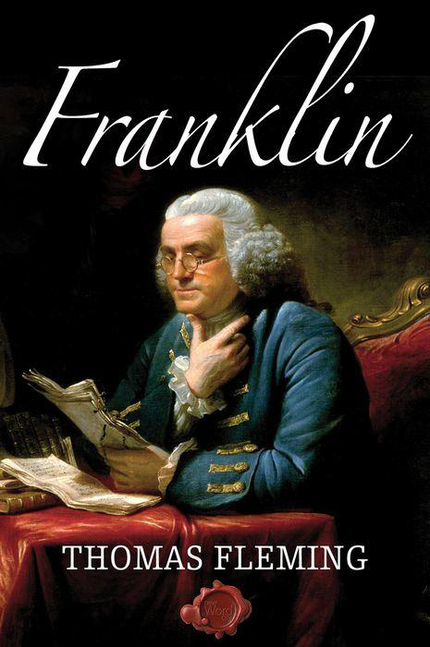 A Little Revenge: Benjamin Franklin and His Son

What is a historical figure’s life without a bit of family drama? In the spirit of American freedom and a break from age-old traditions, Franklin entered into a common-law marriage with a woman named Deborah Read and also conducted love affairs on the side. One of these affairs produced his illegitimate son William Franklin, whose animosity with his father is the center of this account.

Though Franklin had hoped, and almost expected, that William would follow in his footsteps and fight for American independence, William stayed rigidly loyal to the British crown, leading to imprisonment, exile, and a soured, never-resolved relationship between father and son. This book is a good choice for readers interested in the more scandalous side of Franklin’s personal life. 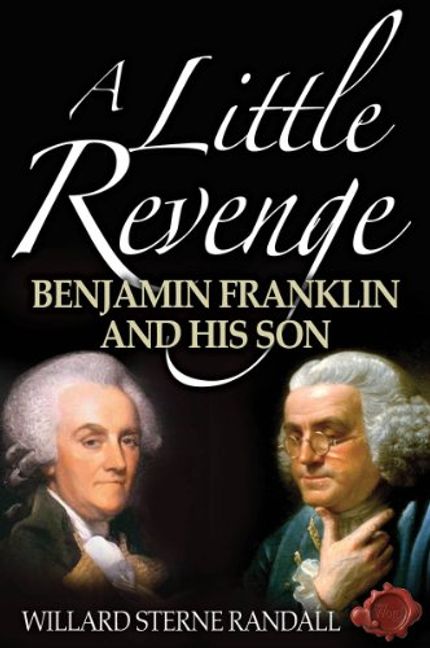 Benjamin Franklin: The Religious Life of a Founding Father

With Franklin’s public and historic image being that of a man of science, his religious faith, or lack thereof, is an aspect of his life that is often overlooked. This account tackles the subject head-on. Relying on Franklin’s letters, essays, and other personal writings, the book explores Franklin’s relationships with devout family members and acquaintances whose influence partially bound him to his strict Puritan upbringing, even as he was embracing Revolutionary ideas and upheavals.

Throughout his life, Franklin’s faith swayed, and he tended to lean towards skepticism and deism, meaning that he believed it was humans, not God, who influenced and manipulated events on Earth. It was this philosophy that likely allowed him the brashness to fly a kite in a storm.

Related: 6 Historical Political Cartoons That Capture the Hopes and Fears of the Past 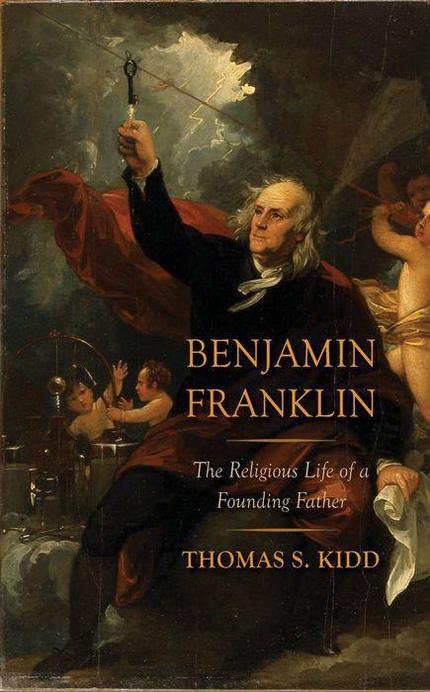 And finally, here is a version of events “straight from the horse’s mouth,” as the English idiom goes. Written during the author-politician’s retirement years, between 1771 and 1790 (the year of his death), this is a first-person retelling of a most extraordinary life. Franklin leads his readers from his sheltered upbringing in Boston to his ardent participation in the American Revolution. Franklin uses his autobiography as a platform for penning his own wisdom and advice for leading a productive and virtuous life, as he abhorred idleness and complacency above anything else. Though the shortest book on the list, it nevertheless has had the longest and largest impact on American history. 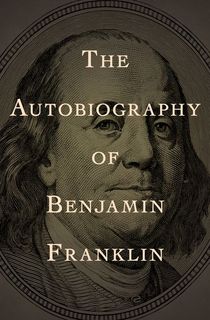