Boston and Beyond: Massachusetts in the Revolutionary War

We look to the colony's origins to understand its revolutionary mindset.

Although Massachusetts was not the site of the first British colony, nor was it the site of the most battles during the American Revolution, the tiny state has become irrevocably associated with the Revolutionary War. From the Boston Massacre to conjured images of Samuel Adams and Paul Revere sharing a pint while railing against their absentee overlords, Massachusetts and its capital are perhaps the places most imagine when thinking of the Revolution.

Well before violence broke out between rebellious colonists and British soldiers, Boston had become a hotspot for protest and political gatherings. In fact, to understand its outsized role in the Revolutionary War, it’s necessary to go back to the first European settlers of the Massachusetts region.

Even back to its first settlement of Puritan decampers, Massachusetts, although tied intrinsically to England, was a statement of dissension. The Puritans, no longer comfortable with living within the Anglican church, went to the Americas to find their own community.

Neighboring the Puritan Plymouth Colony, Massachusetts Bay Colony was settled in 1628. It was the first British settlement to not have its board of governors reside in England.

Massachusetts Bay was also a joint-stock company rather than a royal or proprietary colony, meaning that its residents were in a financial relationship with a company rather than directly with the crown. Many, though not all, British colonies were joint-stock. This was due to the fact that England was fairly cash-strapped around the settling of the New World after a number of wars on the European continent.

Related: The War of Spanish Succession Subsumed an Entire Continent

After the British Civil Wars and the restoration of Charles II, Massachusetts Bay Colony refused to allow the Church of England to be established. They also consistently resisted the Navigation Acts, which would force the colony to send their trade only to England rather than the myriad other countries merchants and shippers had fostered relationships with over the years.

Although this new charter did mean that Phips reported directly to the crown, protests from residents of the colonies had resulted in some meaningful changes from other royal charters. Most vitally, the general court that passed legislation within the colony was elected or chosen locally—not by the governor or by the Crown.

Early in the years of the Province of Massachusetts Bay, colonists found themselves repeatedly attacking or under attack by their numbers. Queen Anne’s War began in 1702. Dummer’s War, fought against Abenaki tribes that repeatedly raided frontier settlements on their land, began in earnest in 1722, and 20 years later, King George’s War, then the French and Indian War took over much of the Massachusetts province.

By this point, colonists were understandably irritated by the near-constant warfare they found themselves living amidst as well as their inability to disperse funds. Multiple governors attempted to quell the power of the general court chosen by colonists by refusing to carry out their budgets and decisions.

Colonists were also frustrated by the constant fluctuation of the value of the currency issued by their government, the quartering of British troops at colonists’ expense, and increasing taxes levied against the colony.

Related: This Is The Biggest Victory Natives Scored Against The Colonials

Soon after the end of these wars, the passing of the Stamp and Townshend Acts caused widespread agitation in Boston. Requiring colonies to pay tariffs on British goods like glass, paper, and tea, these acts were especially loathed by colonists because British law taxed major suppliers less when they imported supplies into England. Those products would then be exported from Britain to the colonies, allowing Britain to profit on both ends of the process.

The Stamp Act, the first of these acts, required that most paper products sold in the colonies be printed on paper produced in London, which carried a revenue stamp, giving the act its name. The Sons of Liberty, a loosely collated resistance group, was founded in Boston in response to this in 1765. 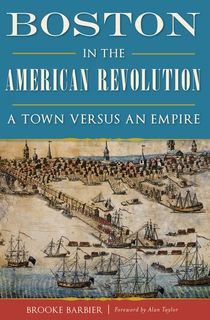 As more such acts passed, the general court of Massachusetts passed a statement written by Samuel Adams and James Otis Jr., petitioning King George to repeal the Townshend Acts and encouraging other colonies to stand up against the legislation in early 1768.

An American Customs Board focused on upholding the Townshend Acts was established in Boston—meaning that the colony that had most vocally protested the new customs was also the target of the act’s strongest enforcement.

Clashes over this led directly to the Boston Massacre, as British government, worried about resistance in Massachusetts, sent troops to Boston, and Bostonians found themselves additionally resentful of the cost of quartering troops.

The Boston Massacre and the death of Crispus Attucks and four others turned sentiment against the Crown across the colonies—even though John Adams, a Patriot himself, defended the soldiers at trial.

Although the colonists had no way to receive word so quickly, the House of Commons in England had passed a motion for a partial repeal of the Townshend Revenue Act on the very same day blood was shed at the Boston Massacre. However, the colonists soon realized that this repeal was primarily symbolic.

The next few years were relatively quiet in Massachusetts—some Patriots and members of the Sons of Liberty agitated for action against the Crown, but more moderate voices prevailed. Pamphlets extolling the rights of colonists and abrading the acts of the British were published, but until the 1773 Tea Act, violence was limited to the odd tarring and feathering.

In December 1773, seven months after the Tea Act was passed, three ships packed to the brim with British East India Company tea arrived in Boston Harbor. Knowing that they’d have to pay taxes on the tea the moment it touched the colony’s shores, a group led by the Sons of Liberty led a protest against the docking of the ships.

The Sons of Liberty and Bostonians wouldn’t let the ships unload—and Governor Thomas Hutchison wouldn’t allow the ships to return without bringing the tea ashore. They were at a seeming impasse.

That night, a group of men, disguised with clothing typically worn by Native Americans, boarded each of the ships and threw nearly 350 chests of tea overboard. The participants were sure to damage the chests before throwing them into the harbor to guarantee that tea would be unsalvageable.

Over 90,000 pounds of tea were lost to the waves. One of the most dramatic moments leading up to the Revolution, the Boston Tea Party electrified Patriots across the colonies. Some, like George Washington, were appalled by the rioters’ disregard for private property, but many others saw the moment as a sign of the colonists’ need for self-governance.

The Coercive Acts, passed after the Boston Tea Party specifically to punish Boston and Massachusetts, further highlighted the desire across the colonies to free themselves of the tyranny of Britain’s rule.

Less than a year after the Boston Tea Party, delegates from the 13 colonies met in the first Continental Congress which then petitioned Britain to end the Coercive Acts, declared their intent to self-govern, and called for colonies to begin training their own militias.

States began assembling militias, although an American army force would not be called to register until the Second Continental Congress in 1775, by which time it had become clear that Britain would not back down without a fight.

Upon the establishment of the Continental Army, Massachusetts residents signed up in droves. Nearly 45% of enlistees in the first year were from Massachusetts—some 16,449 of 37,363 soldiers, including a number of Native American and Black soldiers from the colony.

Related: Black Patriots and Loyalists: An Untold Story of the Revolutionary War

Of course, many regiments and militias had been formed years ago in Massachusetts. In his latest book, The Indispensables, Patrick K. O’Donnell highlights some of those men—the Marblehead Regiment. The Marbleheaders, a unit of the Continental Army, had been assembled in the mid-1760s, well before war broke out. 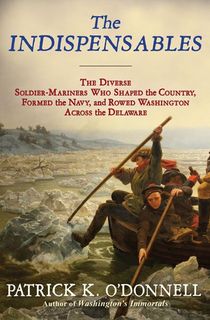 This regiment, like many others from Massachusetts, fought at the war’s first battle, in Lexington and Concord, as well as other key conflicts around Boston, like the Battle of Bunker Hill. They also were key to ensuring that the Continental Army could make their iconic crossing of the Delaware.

Even Henry Knox, who at 19 had been present at the Boston Massacre, played a key role as a strategist throughout the war. Knox would eventually go on to serve as the country’s first Secretary of War.

Massachusetts residents served at key Revolutionary War battles throughout the conflict, whether within their own state or further afield like the Battles of Saratoga, Trenton, and the Capture of Fort Ticonderoga. Much as they had been leaders in the escalation of conflict up until 1776, Massachusetts was key to the success of the American Revolution in battle.