The Best Biographies of 2018: Redefining Modern and Historical Lives

From 1769 to 1993, the subjects of these biographies changed lives and the world.

From a skilled surgeon who planted America’s first public garden to a tennis player who fought against apartheid, 2018’s best biographies reveal the many different sides of some of history’s most influential figures. Two sweeping accounts of the lives of Frederick Douglass and Mohandas Gandhi uncover the men behind the myths, while the first full-length biography of Lorraine Hansberry reveals that she was a much more radical thinker than is widely known. Covering over 250 years of human history, these fascinating, beautifully-rendered portraits prove that individuals have the power to change the world.

American Eden: David Hosack, Botany, and Medicine in the Garden of the Early Republic

Until this year, David Hosack was best remembered, if at all, as the physician who attended Alexander Hamilton during his fateful duel with Aaron Burr. Thankfully, Victoria Johnson’s elegant, richly-detailed biography rescues Hosack from obscurity and restores him to his rightful place as one of the leading lights of post-Revolutionary America. A skilled surgeon and world-class botanist, he conducted groundbreaking pharmaceutical research, trained a generation of doctors at Columbia University, and created America’s first public garden (now buried beneath Rockefeller Center). American Eden is a well-deserved tribute to a remarkable man and a fascinating portrait of a long-lost New York City.

American Eden: David Hosack, Botany, and Medicine in the Garden of the Early Republic 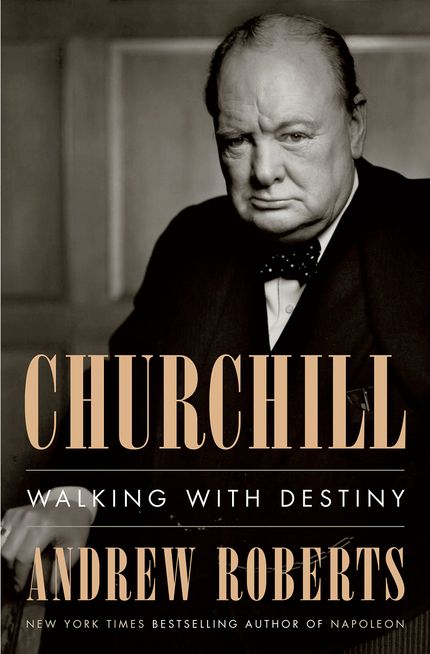 Widely hailed as the “best single-volume biography of Churchill yet written” (New York Times Book Review), this elegant and impressively detailed account argues that the prime minister’s greatest strength was his ability to learn from his mistakes—of which there were quite a few. From the disaster at Gallipoli to the catastrophic decision to return England to the gold standard, Churchill was known as much for his errors in judgment as his wartime heroics. But in 1940, when he became prime minister after nearly a decade out of public office, he was the one “indispensable man” capable of keeping Britain from making peace with Hitler. It turned out to be the right decision—thanks in large part to his ability to communicate his own steely resolve to his countrymen. The rare 1,000-page book that never lags, Churchill is an indispensable addition to our understanding of one of the 20th century’s greatest leaders. 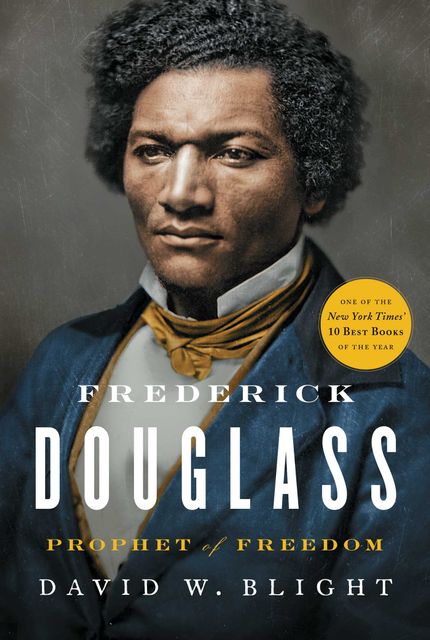 The first major biography of Frederick Douglass in nearly three decades makes it clear that the abolitionist and orator was far from the self-made man he claimed to be. Anna Murray, a free woman whom Douglass met in Baltimore, helped him escape slaver, and as his wife, provided crucial support in the years before he grew famous. Yale University historian David W. Blight restores Murray to her rightful place in Douglass’ biography, and describes the tumult caused by Ottilie Assing, a fiery German radical who stayed in the Douglass household for months at a time and may have become Frederick’s lover. But there’s much more than personal intrigue in this magisterial volume—Blight explores Douglass’ evolving stance on the question of going to war over slavery, and provides the first comprehensive account of his career during Reconstruction, when his stature and political influence made him a target for a younger generation of activists.

Related: 8 Incredible Autobiographies That Will Change Your View of History

The second and concluding volume of Ramachandra Guha’s authoritative biography of Mohandas Gandhi covers the most eventful years in the spiritual leader’s life. From his campaign for Indian self-rule to his efforts to unite the country’s Muslim and Hindu populations, Gandhi let his moral beliefs guide his politics. But Guha does not shy away from exploring the more controversial sides of Gandhi—particularly his rhetoric toward India’s “untouchables” and his controversial brahmacharya experiments, in which the 77-year-old tested his self-discipline by sleeping in the same bed with his teenage grandniece. The Gandhi that emerges in these pages is not a saint, but rather a brilliant, complex, ambitious, and preternaturally self-aware man whose vision changed the world. 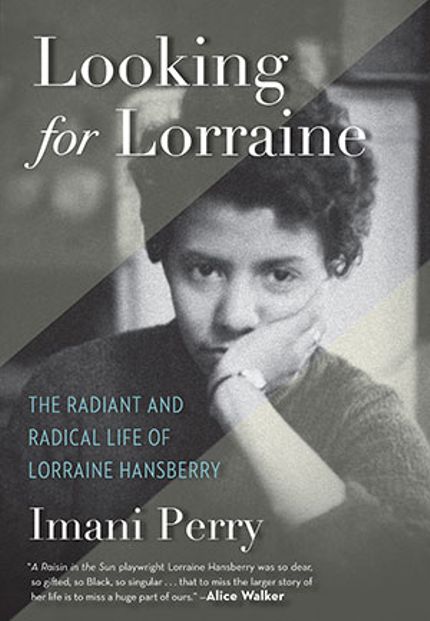 Looking for Lorraine: The Radiant and Radical Life of Lorraine Hansberry

For too long, Lorraine Hansberry’s life and work have been reduced to one indelible play: A Raisin in the Sun. And while that masterpiece—the first dramatic work by a black woman to be staged on Broadway—rightly deserves its place in the American canon, Princeton professor Imani Perry reveals that Hansberry was a much more complicated, brilliant, and dynamic figure than is widely known. From her early study of the visual arts to her intellectual give-and-take with James Baldwin to her public disputes with the Kennedy administration over the direction of the civil rights movement, Hansberry was a multidimensional talent who seamlessly blended art and advocacy. Although she married a man, her primary affairs and relationships were with women, and Hansberry risked her career to publish queer fiction and join one of America’s first lesbian organizations. Her death at the age of 34 robbed the nation of one its most provocative and persuasive voices—Looking for Lorraine will make you wonder how things might look different today if she had lived longer.

Looking for Lorraine: The Radiant and Radical Life of Lorraine Hansberry

Want more biographies? Sign up for The Archive's newsletter, and get undertold stories delivered straight to your inbox. 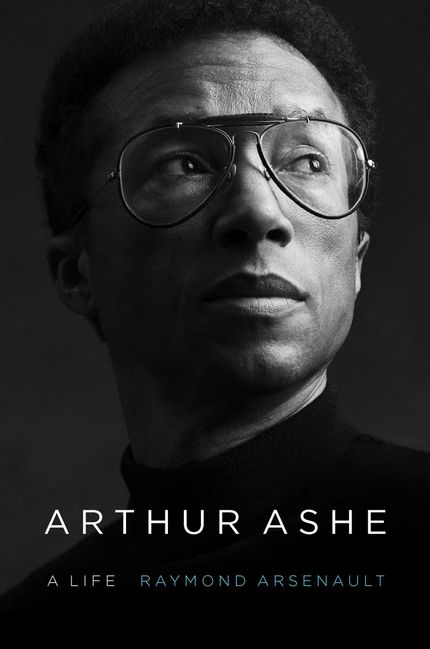 Even the most cursory list of Arthur Ashe’s accomplishments—winner of the U.S. Open, the Australian Open, and Wimbledon; first African-American to be selected to the Davis Cup team; author of a three-volume history of black athletes—makes it hard to believe that he never reached his 50th birthday. But, as this exhaustive and thoughtful biography makes clear, Ashe lived his life with the same grace and relentless determination that he played tennis. Raymond Arsenault, a civil rights historian whose previous books include an account of the Freedom Riders, tells the dramatic story of Ashe’s appearance at the South Africa Open during the apartheid era, and eloquently describes the tennis star’s fight to raise awareness about AIDS, the disease that took his life far too soon.

Barracoon: The Story of the Last "Black Cargo"

In 1931, anthropologist and author Zora Neale Hurston spent several months interviewing 86-year-old Cudjo Lewis, the last-known survivor of the middle passage. Lewis, then known as Oluale Kossola, had been kidnapped at age 19 in West Africa and sold into bondage. He arrived in Mobile, Alabama in 1859—half a century after the transatlantic slave trade had been officially abolished. His tragic life story, which Hurston renders in first-person dialect, exposes the never-ending grief and isolation caused by America’s "peculiar institution," and adds a fascinating early chapter to the career of the acclaimed author of Their Eyes Were Watching God.

Barracoon: The Story of the Last "Black Cargo" 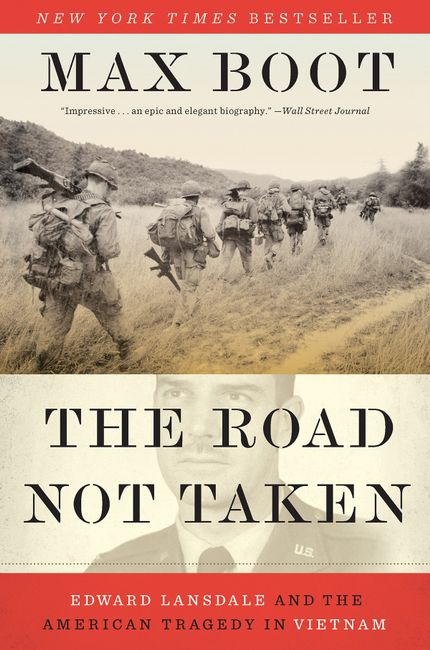 The Road Not Taken: Edward Lansdale and the American Tragedy in Vietnam

As head of the Saigon Military Mission, CIA officer Edward Lansdale convinced American officials to back Vietnamese president Ngô Đinh Diệm, a Catholic, even as he struggled to win the support of the country’s Buddhist majority. Lansdale also warned against the large-scale involvement of American troops in Vietnam, arguing that the key to victory was winning the “hearts and minds” of the people. Ultimately, his advice was ignored— Diệm was assassinated in a CIA-backed coup, and nearly three million Americans served in the war. Max Boot’s compelling and comprehensive biography captures Lansdale’s charisma, brilliance, and deep personal flaws, and argues that if he hadn’t been sidelined, the war might not have turned into such a disaster.

The Road Not Taken: Edward Lansdale and the American Tragedy in Vietnam 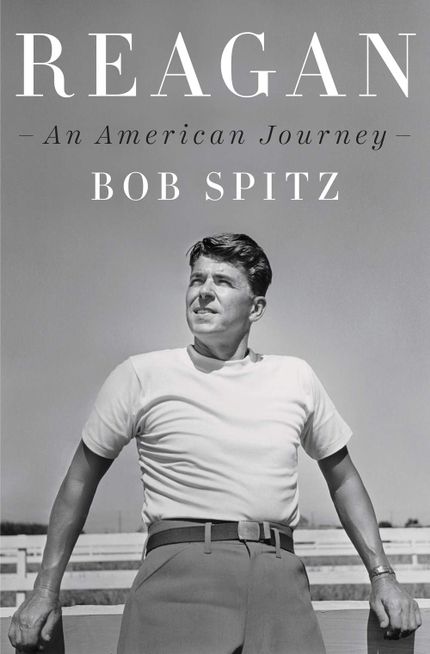 This evenhanded, entertaining portrait of America’s 40th president—the first celebrity to occupy the office—seeks to answer the fundamental mystery of Ronald Reagan: How could a man frequently described by those closest to him as “shallow” and “boring” have reached the heights of success in nearly everything he did? Biographer Bob Spitz, whose previous subjects include the Beatles and Julia Child, finds his answers by going all the way to back to Reagan’s great-grandparents’ arrival in America in 1857, and tracing the future president’s rise from high school drum major to leader of the free world. Spitz writes with the flair of a novelist and neither demonizes nor glorifies the Gipper—readers of all political stripes will enjoy this essential account of the man and his times. 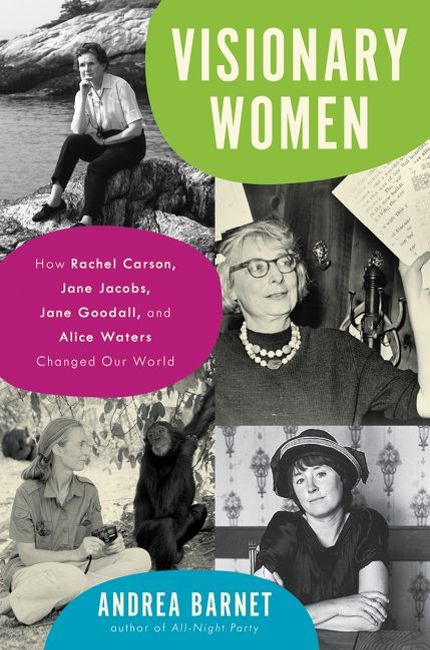 This clear-sighted group biography takes on a cadre of women who changed the way we interact with our environments–whether that means literally the environment (Rachel Carson), the structure of cities (Jane Jacobs), animals around us (Jane Goodall), or the food we eat (Alice Waters). These extraordinary women affected millions of lives with their work, and Barnet is able to expend equal energy on each, a rather remarkable achievement in and of itself.