A surprisingly human history of corporations, a Korean War battle exploration, and more fascinating tales from the year that was.

As with all great histories, the books on this year’s list look to the past while keeping one eye trained on the present. From a riveting study of the violence and animosity that washed over Congress in the decades before the Civil War, to a startling expose of the strategies corporations have used to shape American law in their favor, we’re reminded that many of today’s most pressing concerns have been around for centuries. But that doesn’t mean they’ll never be solved—long odds were meant to be beaten. Just ask Mabel Norris Reese, a small-town reporter who faced off against one of the South’s most notorious and powerful racists—and won—or the soldiers of Yorktown, who pulled off an unbelievable victory. Whether you’re seeking insight, inspiration, entertainment, or all of the above, the best history books of 2018 have just what you need.

The Korean War is often referred to as America’s “forgotten war”, but the Battle of Chosin Reservoir is one of the most famous in Marine Corps history. In November 1950, 30,000 UN troops, including 20,000 men of the First Marine Division, were trapped in the frozen mountains of North Korea by an overwhelming force of 120,000 Red Chinese soldiers. Completely surrounded, the Americans battled the enemy and the brutal cold (temperatures dropped to 20 degrees below zero) for 10 days before they opened an escape route to the Sea of Japan. Major General Oliver P. Smith led a fighting retreat to the port city of Hungnam, where nearly two hundred ships were waiting to make the greatest sea evacuation in US military history. Relying on declassified documents and interviews with American and Korean survivors, bestselling author Hampton Sides superbly balances big-picture strategic analysis with a grunt’s-eye view of the fighting to deliver the definitive account of this legendary battle.

Related: The Korean War Serves as a Cautious Reminder for the Future 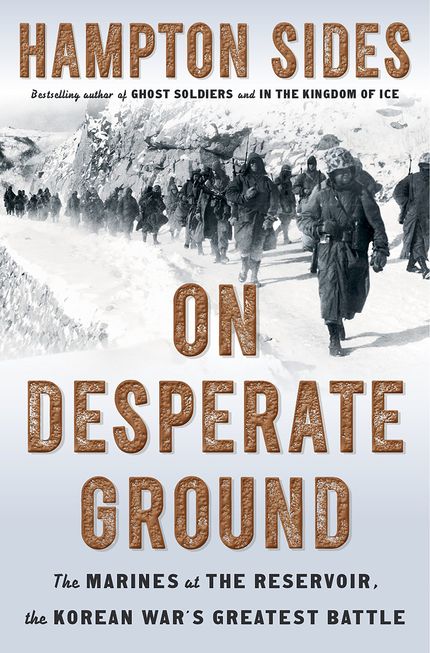 The Field of Blood

By Joanne B. Freeman

The 116th Congress, which opens on January 3, 2019, is likely to be one of the most contentious in history. But it won’t top the 34th (1855-57), when Massachusetts Senator Charles Sumner was beaten nearly to death by South Carolina Representative Preston Brooks. Or the 31st (1849-1851), when Mississippi Senator Henry S. Foote drew a pistol on Missouri Senator Thomas Hart Benton, causing the latter to bare his chest and exclaim, “Stand out of the way and let the assassin fire!” In detailing these and other violent incidents that occurred in the three decades before the outbreak of the Civil War—most of which are long forgotten—Yale University historian Joanne B. Freeman proves false the oft-repeated claim that today’s political climate is more polarized than ever before. But her entertaining, meticulously researched account also delivers an implicit warning: If left unchecked, escalating tensions between America’s elected officials can have dire consequences.

Ghosts in the Schoolyard

Ewing is perhaps best known as a beloved Twitter user, but long before “Wikipedia Brown” became famous, Ewing was honing her historical and sociological chops as a Ph.D. student at Harvard. Ghosts in the Schoolyard explores how the Chicago school system became the target of closings, ridicule, and despair. The lessons she finds are sadly transferable to many other school districts. Ewing’s skilled voice (she is also a poet and a Marvel comic writer) makes what could be a dense, academic text into one that is accessible to all, filled with stories and people alongside its numbers and analyses. 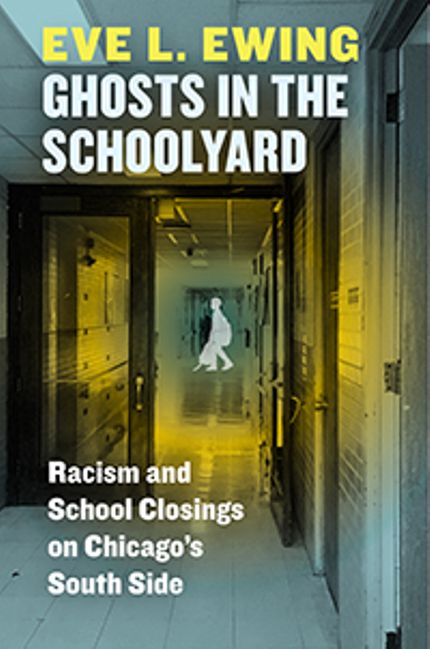 The doyenne of American presidential history explores the lives and times of four of the nation’s greatest leaders: Abraham Lincoln, Teddy Roosevelt, Franklin D. Roosevelt, and Lyndon B. Johnson. From their boyhoods to the setbacks and failures of their early adulthoods to the crucial decisions that guided the country through times of crisis, Goodwin brings each man and his specific historical period to vivid life. She discovers that there is no one formula to make a great leader—Lincoln was raised by a stern disciplinarian who thought books were a waste of time, while FDR’s loving mother indulged his every wish—but that intelligence, persistence, and a gift for storytelling were qualities shared by all four of her subjects. Most importantly, she makes the convincing argument that a man’s flaws need not prevent him from achieving great things. It is a lesson we would all do well to remember in times as polarized and tumultuous as these. 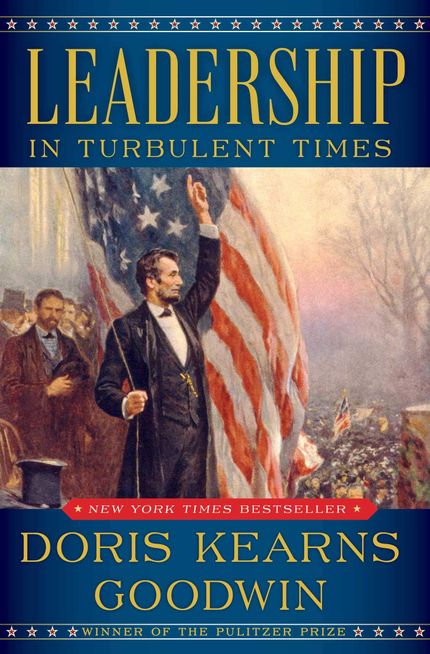 Beneath a Ruthless Sun

In December 1957, a Florida citrus baron’s wife reported that a “husky Negro” had broken into her home and raped her. Sheriff Willis McCall, the notoriously racist chief law enforcement officer in Lake County, ordered his deputies to “round up every n****r you see.” A few days later, McCall announced that Jesse Daniels, a mentally impaired 19-year-old, had confessed the crime. The twist? Daniels was white. He was arrested, declared unfit to stand to trial, and committed to the State Hospital for the Insane at Chattahoochee—where he languished for the next 14 years, until a crusading local journalist helped to win his release. Gilbert King, who last tangled with Sheriff McCall’s noxious legacy in his Pulitzer Prize-winner Devil in the Grove, uncovers one of the most sordid conspiracies ever to take root in Florida soil and reveals the baroque nature of Southern racism during the civil rights era.

In the context of the recent romaine-based e.coli outbreak, Blum’s investigation of the many, many horrors that proceeded the 1906 Food and Drug Act may strike an even more resounding chord. Before this landmark act, altered and/or mislabeled food products were sickening men, women, and children across America–to say nothing of the many drugs that included highly addictive compunds like opium without any labels signalling their presence. The Food and Drug Act is often called “Dr. Wiley’s Law” in honor of Dr. Harvey Washington Wiley, who, with the help of the likes of Upton Sinclair, Fannie Farmer, and Henry Heinz (yes, that Heinz) was able to force the government to pay attention to the havoc being wreaked upon average citizens. 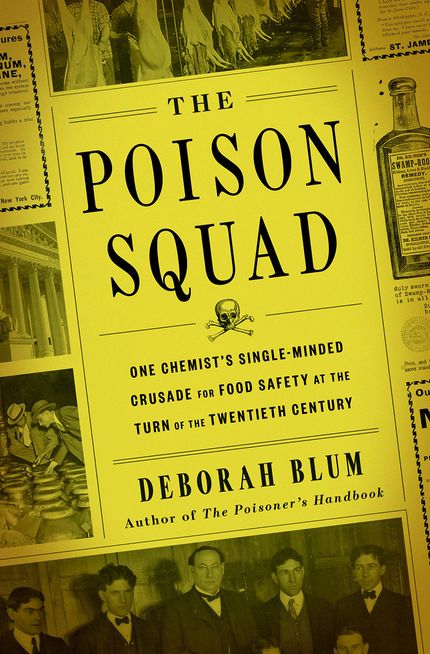 In the Hurricane's Eye

In this rousing, richly-detailed military history, National Book Award–winner Nathaniel Philbrick shines a brilliant light on a lesser-known chapter of the Revolutionary War: The Battle of the Chesapeake, a naval engagement fought off the coast of Cape Henry, Virginia between French and British warships in September 1781. Earlier that summer, Philbrick writes, “the bitter truth ... was that the American Revolution had failed.” The Revolutionary Army was severely underfunded and understaffed, and the public had grown weary of the fighting. To salvage victory from the jaws of defeat, General George Washington needed the French Navy to strike a significant blow against the British—but coordinating with a fleet based thousands of miles away was nearly impossible. Yet the stars finally aligned and Adm. Françoise de Gasse defeated his Royal Navy counterpart, effectively sealing off Tidewater Virginia from British reinforcements and setting the stage for the Americans’ decisive victory at Yorktown. Philbrick masterfully captures the sights and sounds of the 18th-century battle and reminds us that—up until the final months—the outcome of the American Revolution was far from assured.

This fascinating, richly detailed history reveals how corporations have shaped American law and society from the Virginia Company’s founding of the Jamestown colony in 1607 to the landmark Supreme Court decisions in the Citizens United (2010) and Hobby Lobby (2014) cases. Although they are mentioned nowhere in the Constitution, corporations for the last two hundred years have waged a secretive, well-funded, and incredibly successful campaign to gain the civil rights granted to individuals: freedom of speech, freedom of the press, religious liberty, due process, and more. They have brazenly borrowed from the tactics used by the African-American, women’s, and LGBTQ civil rights movements, and their advocates have resorted to outright deception in order to push the boundaries of the law. As a result, corporations have shielded themselves from regulations while amassing an enormous—and seemingly ever-expanding—influence on American government. UCLA law professor Adam Winkler’s account is a masterpiece of historical synthesis and a must-read for anyone concerned about the current state of our political system.

By Lynn Vincent and Sara Vladic

Anyone who’s seen Jaws knows the basic story. After delivering parts of the atomic bomb, code-named “Little Boy,” that was later dropped on Hiroshima, the USS Indianapolis was sunk by two torpedoes from a Japanese submarine, plunging hundreds of sailors into the remote, shark-infested waters of the Philippine Sea. For four horrific days, they succumbed one-by-one to exposure, saltwater poisoning, drowning, and shark attack. In the end, only 316 of the 1,195 men on board the USS Indianapolis made it out of the water alive. But, as Lynn Vincent and Sara Vladic reveal in this riveting account of the disaster and its aftermath, their fight was just beginning. For the next 50 years, the survivors dedicated themselves to clearing the name of their captain, Charles B. McVay III, who was court-martialed and convicted for the sinking. A hair-raising adventure story, a captivating courtroom drama, and a stirring tribute to America’s greatest generation, Indianapolis is one of the year’s most thrilling reads. 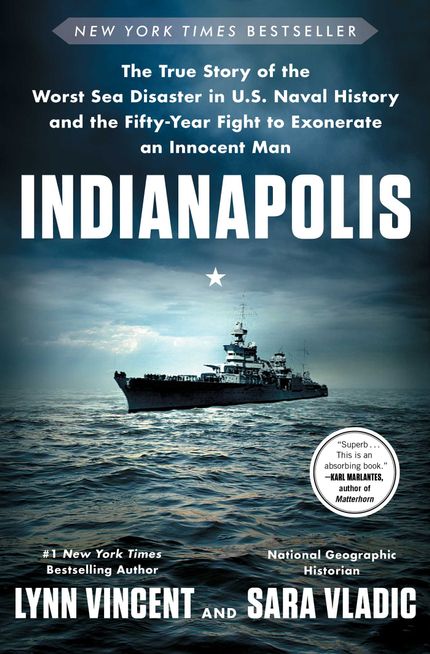 Harvard professor and New Yorker staff writer Jill Lepore delivers her most ambitious book yet—a single-volume history of the United States from Columbus to President Donald J. Trump. Lepore frames her survey around the three essential “truths” that Thomas Jefferson declared would be at the heart of the American experiment: Political equality, natural rights, and the sovereignty of the people. Over the past five centuries, Lepore asks, has America delivered on its promises of these truths? Her inquiry offers fascinating new perspectives on well-known figures such as Frederick Douglass and Benjamin Franklin, and rescues influential players such as Mary Lease, leader of the People’s Party, from the dustbin of history. Elegantly written and refreshingly clear-eyed about America’s strengths and weaknesses, These Truths deserves a place on every history buff’s bookshelf. 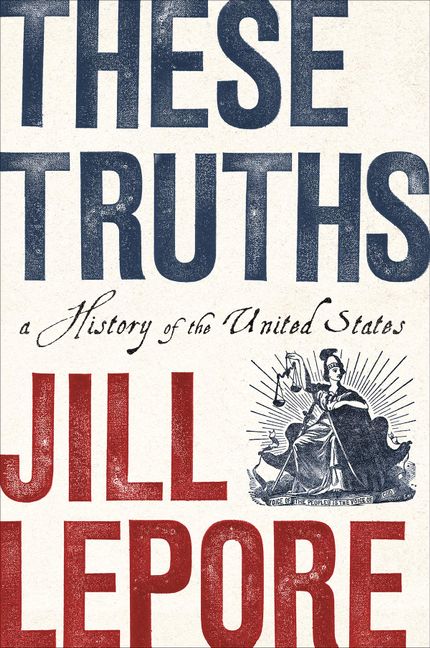