Discover new perspectives on the scandal that caused Nixon to resign.

On June 17th, 1972, a group of five burglars were arrested after they broke into the Democratic National Committee headquarters located at the Washington, D.C. Watergate office building. These five suspects were found planting wire taps. They were eventually identified in connection with the committee to re-elect President Richard Nixon, culminating in a political scandal.

Soon thereafter, the FBI launched a full-scale investigation into President Nixon, his re-election committee, and Oval Office staff, to which all parties denied having any involvement in the criminal acts. But as the investigation ensued, President Nixon made numerous attempts to cover up his involvement with more criminal activity. He eventually resigned from the presidency when this information came to light.

Not only did the American people feel betrayed, but their faith in the democratic government was completely dismantled in the wake of Watergate. This scandal left a bitter taste in the mouths of the public, the media, and politicians themselves, putting America in a state of distrust and moral ambiguity.

This era of American politics still fascinates us, even 50 years later. Take the new series Gaslit, starring Sean Penn and Julia Roberts. Focusing on untold stories of the Watergate scandal, the political drama limited series is in turn based on the podcast Slow Burn by Leon Neyfakh. If you're interested in discovering other perspectives on the scandal, take a look at the following books by White House staff members, prosecutors, journalists, and more.

John Wesley Dean III served as White House Counsel to Richard Nixon and is known for his integral role in the Watergate scandal. Not only did Dean act as a key player in covering up the administration's involvement, but was also a vital witness in the FBI’s ensuing investigation. Blind Ambition, written by Dean himself, is considered one of the best insider accounts of the events of the Watergate scandal. This six-month New York Times bestseller exposes the corruption of the White House at the time, while answering to the author’s own culpability in the matter. 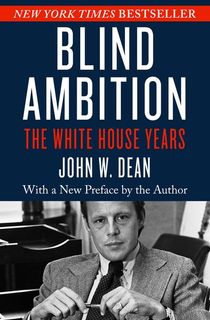 By Douglas Brinkley and Luke A. Nichter

The Nixon Tapes: 1973 is a detailed transcription of the final year of tapes captured by President Nixon’s voice-activated recorders. Each page of this book reveals compelling information, retrieved from several thousands of hours of conversations that took place in the White House. Douglas Brinkley and Luke Nichter provide additional brilliant annotations to go along with the transcriptions. There is simply no better way to understand the Watergate scandal and Nixon's infamous tapes than reading this book! 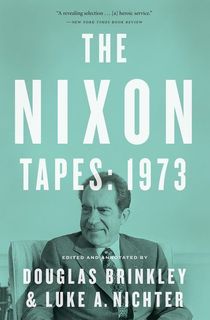 The Watergate Girl: My Fight for Truth and Justice Against a Criminal President

Jill Wine-Banks was the only woman on the prosecution team responsible for charging the White House officials of the Nixon administration. In order to receive the respect she deserved from both her peers and the American public,  Wine-Banks had to fight tirelessly. She withstood discrimination and disrespect, even being called “the mini skirt lawyer" in the media.

In The Watergate Girl, Wine-Banks brings us into both her experiences as a career woman during this time of gender inequality and her own personal difficulties, including her fragile marriage and the violation of her privacy. In spite of all the odds against her, Wine-Banks prevailed, and shares that journey in this book.

Bob Woodward and Carl Bernstein were two of the most critical journalists at the time of the Watergate scandal. They worked for The Washington Post, where they reported relentlessly on the happenings of the scandal as it unfolded and in doing so, earned themselves a Pulitzer Prize for their dazzling work. The Original Watergate Stories gathers their articles together in one place, with a new foreword in which Woodward and Bernstein discuss the impact of their reporting on the world of media and politics. 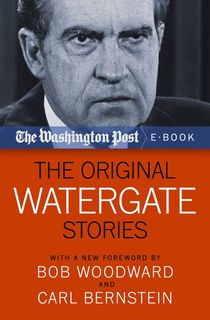 New York Times bestselling author Garrett M. Graff provides a comprehensive overview of the Watergate scandal from start to finish. In Watergate: A New History, Graff compiles the perspectives of informants, investigators, politicians, and reporters to depict the events of Watergate in full color. As Graff progresses through the chapters, he explains perfectly why Watergate became such a defining moment in the history of American government and politics. 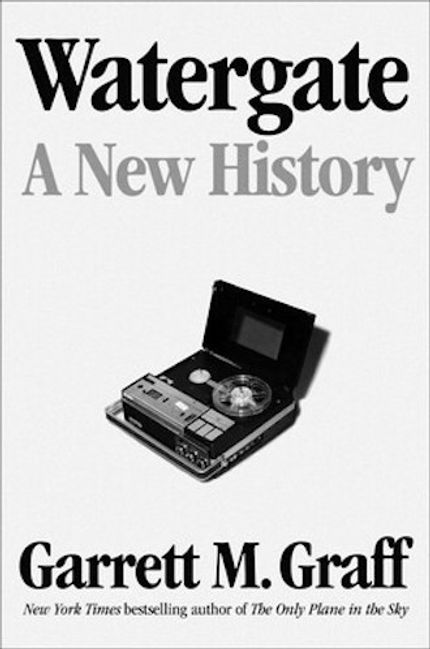 Personal History is an autobiography by Katharine Graham, the head of The Washington Post during the Watergate scandal. As the leading newspaper in covering the events, the staff and Graham herself got a front row seat to the events of Watergate. Her personal story includes a battle for respect and success in a world dominated by men, as well as an incredible in-depth look at the scandal.

Nightmare: The Underside of The Nixon Years

Nightmare: The Underside of the Nixon Years is a collection of New York Times articles by acclaimed journalist J. Anthony Lukas. During the Watergate scandal, Lukas was authorized to write an article on the matter, taking up the entire July 1974 issue of The New York Times Magazine. He wrote two additional issues following the prosecution of officials and the expected impeachment of the president. All three pieces are included here in this book, as well as additional knowledge about Watergate provided by Lukas himself.

Shadow: Five Presidents and the Legacy of Watergate

Shadow: Five Presidents and the Legacy of Watergate provides a historical reflection on how the events of Watergate deeply impacted American politics, and more specifically, the five presidencies that followed Nixon's resignation. By taking an in-depth look at the presidencies of Ford, Carter, Reagan, Bush and Clinton, author Bob Woodward is able to pinpoint the origin and progression of a new code of ethics in politics that has generated poor decision-making by several White House leaders, presidents, and the media, resulting in the loss of human lives and decency.

The Haldeman Diaries: Inside the Nixon White House

The Haldeman Diaries: Inside the Nixon White House contributes yet another perspective from a majorly important White House staff member involved in the Watergate scandal: President Nixon's Chief of Staff. Before his death, H.R. Haldeman was able to document in nightly diary entries his account of Watergate, as well as several other considerable events and happenings throughout the Nixon presidency. 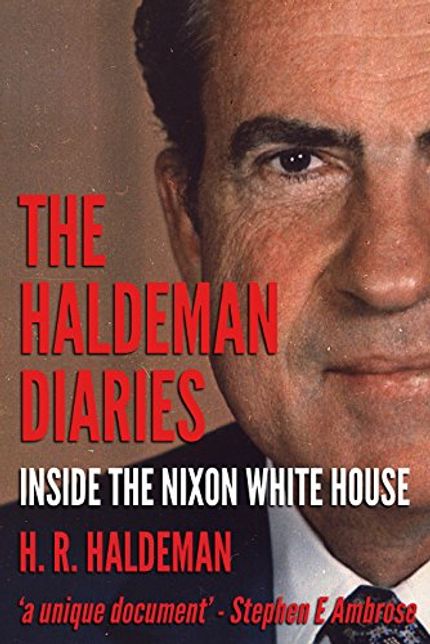