How War Pigeons Changed the Course of Battle–and History

The much-maligned birds were some of the most important combatants in World War I and II.

If you live in a city today, you likely have less-than-warm feeling towards pigeons. But one breed of pigeon, the homing pigeon, is capable of far more than its “rodent with wings” counterparts. In fact, homing pigeons have played a key role in military communications for centuries, as featured in the new novel, The Long Flight Home.

Their keen sense of direction is, to this day, something researchers struggle to understand. Various theories including sound waves, magnetic fields, and olfactory cues have been suggested as explanations for the birds’ ability. Whatever the explanation, these humble-looking birds have made contributions far beyond what their appearance would suggest.

Want more military history? Sign up for The Archive's newsletter, and get tales of bravery delivered straight to your inbox.

The breed’s storied history began as far back as the Roman and Greek empires, when they were used to announce the Ancient Olympics, in races, and to pass messages between city-states. As early as 400 B.C., Persia and Syria had developed a pigeon messenger system.

Throughout Asia and the Middle East, the birds were also used as key communicators. Genghis Khan’s military operations relied on their pigeons, who could more easily traverse the rugged landscape than horse-riding soldiers. With letters and notes moving quickly through the air, the Mongols could out-maneuver their opponents easily.

By the late 19th century, pigeons were being used between countries and governments to carry news of battles, changes in the stock market, and regular mail. In New Zealand, the Great Barrier Pigeongram Service began in 1897, believed to be the first regularly scheduled air mail service. But the birds would achieve their highest glory in the First and Second World Wars.

Although pigeons had been used by many to communicate the outcome of a battle, it had been many years since they had been used to help make strategy. In World War I, their mettle was once again put to the test. Pigeons were sent out with small unmanned cameras, rigged to take surveillance photos as they flew over enemy camps.

They were also released from planes manned with reconnaissance agents. Soldiers would glean as much information as possible from the air, then write down observations and release the pigeons to their roost, where information could be passed to commanding officers.

One pigeon, sent to Europe by the United States, even won an award for her bravery. Cher Ami was tasked with delivering 12 messages during battle. On her 12th mission, Cher Ami was the third attempt to get a message to French forces—each bird before her had been shot down. Cher Ami was also shot through the wing, but managed to make it to the main forces of the Meuse-Argonne offensive. The French awarded her the Croix de Guerre Medal for her services.

Later, in World War II, British intelligence came up with a rather ingenious way to use homing pigeons. They began air-dropping trained pigeons behind German or Axis forces lines in France and the Netherlands. Along with sheets of paper and pencils meant especially for messaging, the pigeons were parachuted into towns held by Axis forces. Citizens were encouraged to write down their observations, put the note in a tube attached to the pigeon's ankle, and release the pigeons to help Allied intelligence grasp the situation on the ground.

Pigeons were also the United Kingdom’s main form of communication with Jozef Raskin, a key spy within the Dutch Resistance. Razkin, who was executed for espionage in 1943, was able to get the Allied forces key information about the locations of German soldiers along the Dutch coast until his capture.

32 pigeons received the Dickin Medal–the animal equivalent of a Medal of Honor–for their service in World War II. Another American pigeon, G.I. Joe, captured the imagination and hearts of many with his 20-mile, 20-minute flight from Calvi Vecchia. The village had requested air support after being captured by German forces. But when Allied ground forces were able to recapture the village ahead of schedule, civilians and soldiers alike were in danger of being bombed by their own men.

G.I. Joe’s flight to the air base resulted in the air raid being called off and saved untold lives. A story much like Joe’s is told in The Long Flight Home, a thrilling historical fiction novel about the pigeons who served in World War II–and the people who took care of them. 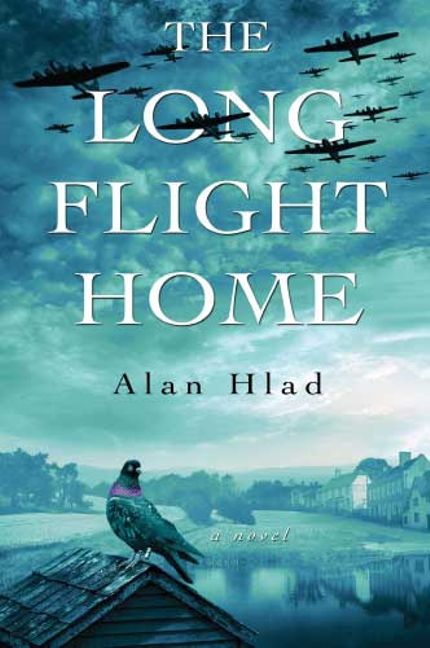 This post is sponsored by Kensington Books. Thank you for supporting our partners, who make it possible for The Archive to celebrate the history you love.