Engage with the oft-forgotten Second War of Independence.

In a nation so enamored of its origin story, how could a war for independence also be a forgotten war? But it’s only fitting that the two most popular nicknames for the War of 1812 are paradoxical: The U.S. declared war over a British law that was set to be repealed. The conflict’s most famous battle was fought after the two sides had already negotiated peace. The White House burned, and yet America emerged stronger than ever.

Wrapping your head around the War of 1812 is easier said than done, but these nine essential books are here to help—and ensure that a crucial chapter of American history gets its due. 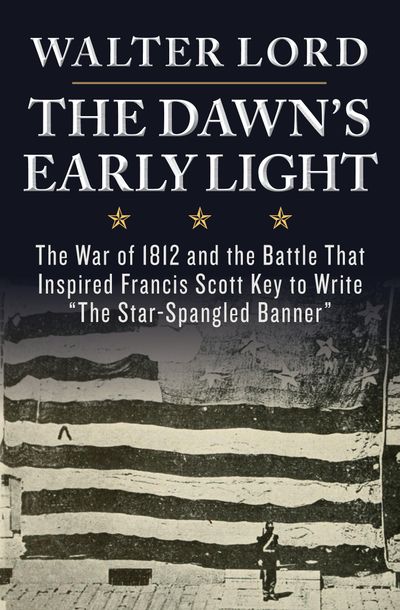 Baltimore native Lord (A Night to Remember, Miracle at Dunkirk, etc.) begins this rousing history with the arrival of nearly two dozen British Navy ships at the mouth of the Chesapeake Bay in August 1814. Washington, D.C. soon fell to the British, but the tide turned at the more heavily fortified city of Baltimore, where the heroic defense of Fort McHenry inspired Francis Scott Key’s “Star Spangled Banner”. Lord marshals hundreds of first-person accounts into a spellbinding narrative that captures just how close America came to losing its Second War of Independence.

Related: The Dawn's Early Light: Francis Scott Key and the Birth of “The Star-Spangled Banner”

Looking for war stories? Sign up for The Archive's newsletter, and get heroic tales delivered straight to your inbox. 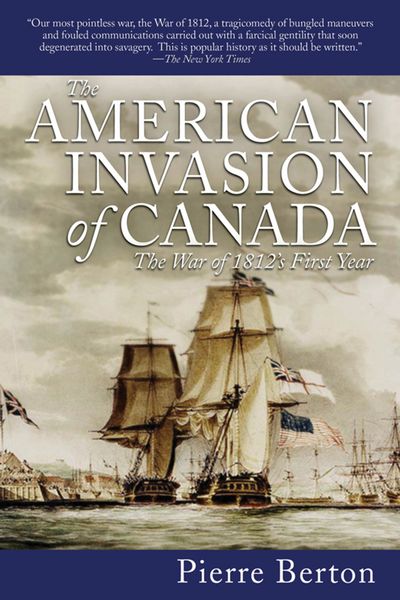 The American Invasion of Canada

Get another perspective with this accounting of the War of 1812 written by one of Canada's most preeminent historians. Berton's novelistic approach to the first year of the war draws out the characters and details of the conflict–and reminds readers that the Canadians, along Americans, may claim a victory in this overlooked war.

The American Invasion of Canada 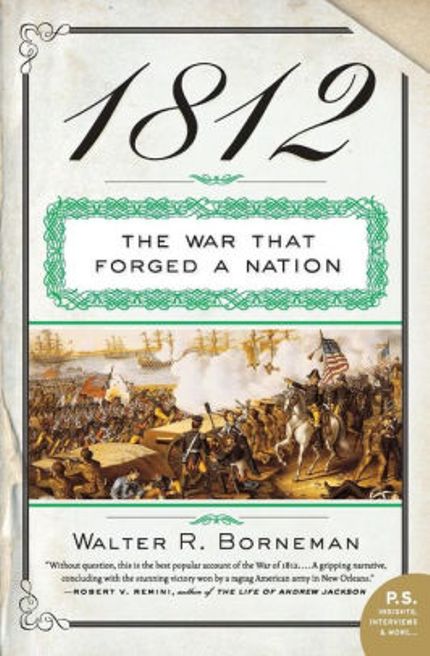 This deft and entertaining popular history makes the case that the War of 1812 was just as crucial to the formation of America’s national identity as the Revolutionary War and the Civil War. Borneman, a lawyer and historian, skillfully presents the leading causes of the conflict—righteous indignation over the British Navy’s blockade of France and impressment of American sailors, and the desire to annex as much Canadian territory as possible—and draws essential portraits of key figures including James Madison, General Winfield Scott, and Laura Secord, the unlikely hero of the Battle of Beaver Dams. 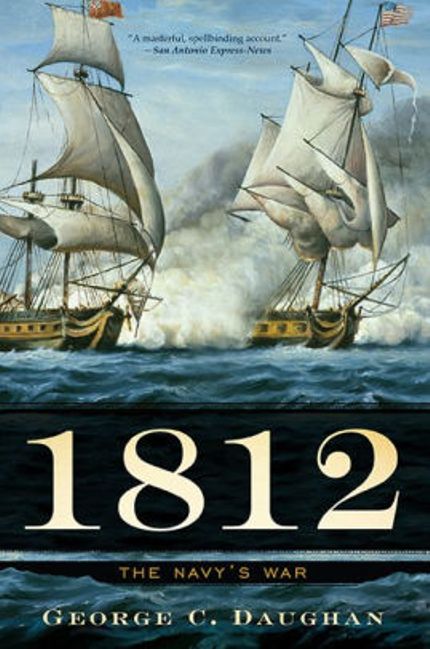 The epic clash between the USS Constitution (“Old Ironsides”) and HMS Guerriere is one of the most famous naval battles in American history, but Daughan argues that the US Navy played an even bigger role in the War of 1812 than is commonly understood. From the Great Lakes to the mid-Atlantic to the Gulf Coast, the fledgling force handled itself far better than anticipated, especially in ship-to-ship combat. Combined with the success privateers had in breaking the British blockade, the surprising performance cemented America’s status as a rising naval power and convinced government officials that a fully funded navy and army were crucial to the nation’s survival.

Related: 8 Sailing Books That Will Take You to the High Seas 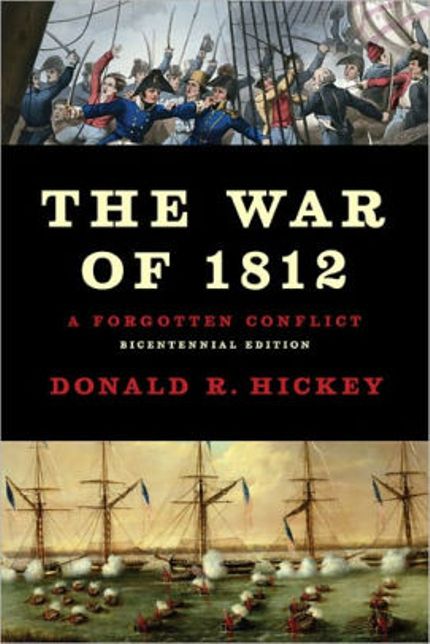 The War of 1812: A Forgotten Conflict

Wayne State College history professor Hickey might be America’s foremost authority on the War of 1812. He’s written five books and hundreds of articles on the subject, including this comprehensive, highly readable study. From rising tensions between Federalists and Republicans in Washington, D.C. to Britain’s strident Orders-in-Council to the reasons behind Shawnee war chief Tecumseh’s alliance with British forces, Hickey views the conflict from all angles, synthesizing a lifetime’s worth of research. He’s particularly strong on the military engagements, pinpointing the significance of each move and countermove while never losing sight of the bigger picture.

The War of 1812: A Forgotten Conflict 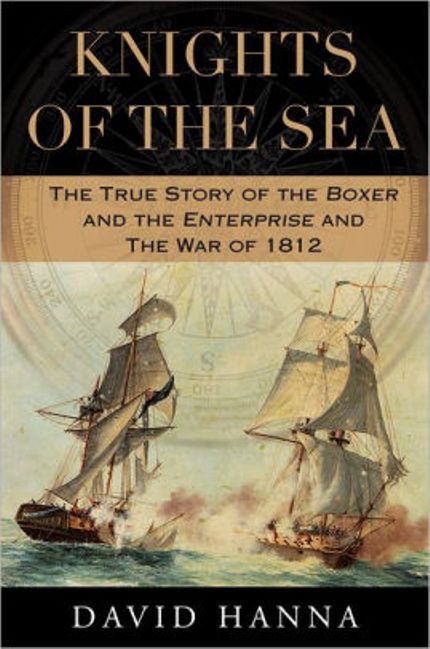 Knights of the Sea

Even dedicated military history readers might draw a blank when it comes to HMS Boxer vs. USS Enterprise. But high school history teacher Hanna makes a convincing case that this September 1813 clash was a forgotten turning point not just of the war, but of American naval history. Hanna draws incisive portraits of two gallant young commanding officers, their rise through the ranks of their respective navies, the circumstances that brought them to the coast of Maine, and the courageous actions and brilliant technical maneuvers that determined the course of the battle.

Knights of the Sea 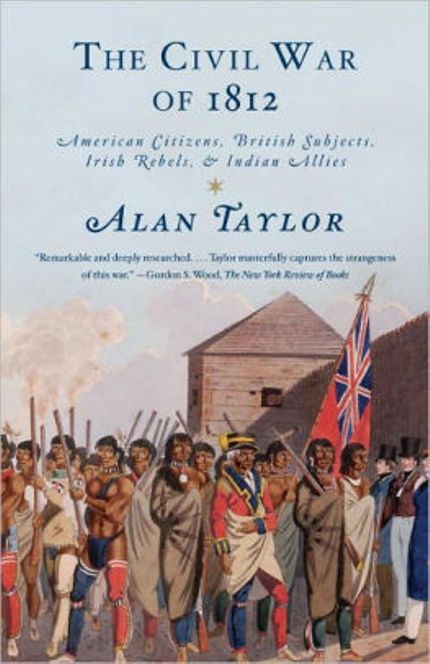 Pulitzer Prize winner Taylor brings a laser-like focus to the role the U.S.-Canadian border played in the War of 1812. On a map, the border ran from Detroit in the Territory of Michigan through York (now Ontario) in Upper Canada to Ogdensburg in New York state and along the eastern edge of Maine. But on the ground, the distinction was virtually meaningless to the Native Americans, Irish settlers, British subjects, and American citizens who crossed the border on a regular basis. Taylor skillfully documents the competing concerns of these various factions and narrates the region’s major military engagements, making clear that the War of 1812 was far more divisive than it seems today. 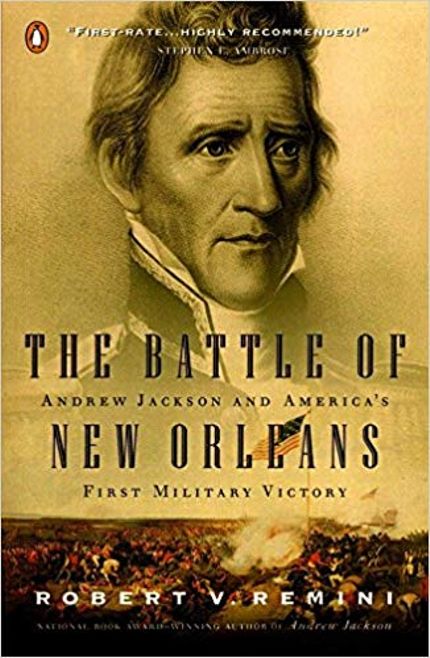 The Battle of New Orleans

The National Book Award-winning biographer delivers a rousing account of the military victory that brought Andrew Jackson to national attention. Although it occurred after British and American officials had negotiated a peace treaty (it took more than a month for news to travel across the Atlantic), the Battle of New Orleans, Remini argues, was America’s first important military victory. And it wouldn’t have happened without Jackson’s willingness to integrate Tennessee and Kentucky frontiersmen, Creoles, free blacks, and the infamous French pirate Jean Lafitte into his battle plans. Remini narrates the non-stop action with wit and grace.

The Battle of New Orleans

Looking for war stories? Sign up for The Archive's newsletter, and get heroic tales delivered straight to your inbox. 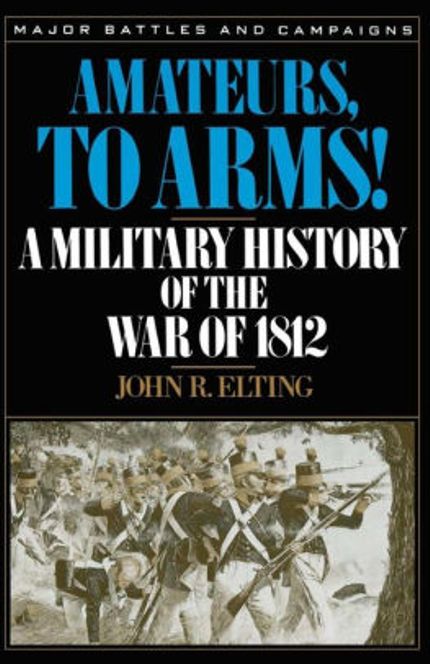 Elting memorably describes the War of 1812 as America’s “most unmilitary war.” It was reckless of James Madison to declare war, Elting argues, given how underfunded the US army was in the wake of Thomas Jefferson’s presidency. American troops were inexperienced, ill-equipped, and under the command of incompetent officers. Their only saving grace was the fact that England’s best soldiers were battling Napoleon in France. With neither side wholly prepared to fight, a handful of American tactical victories proved decisive. Elting’s lively narrative includes a British officer’s perspective on the sacking of Washington, D.C. and the Battle of Baltimore.