10 Illuminating Books About the Victorian Era

From crime and punishment to technological advancements and beyond.

Spanning Queen Victoria’s reign, from 1837 until her death in 1901, the Victorian era continues to fascinate today. Though it’s typically associated with stiff corsets, stuffy manners, and repressive social mores, the Victorian era was actually a time of great social change. Cities grew, suffrage expanded, and there was an explosion of innovation the likes of which hadn’t been seen before. If, like us, you find the Victorian era particularly compelling, allow us to steer you toward these books. From the crimes of Jack the Ripper to the realities of cholera, these reads reveal many fascinating and little-known facts about the Victorian era.

Crime and Punishment in Victorian London

Crime dominated the streets of Victorian London, as many novels and TV shows can attest to: murders, gang warfare, pornographers, sex work, burglaries, scammers, and much more. The underworld of London was a dark and dangerous place, and if you were caught committing a crime, the punishment could be just as deadly. Ross Gilfillan's book examines the criminal enterprises of 19th-century England and the often-terrifying forms of justice that awaited the petty thief, from transportation to prison colonies thousands of miles away to a much shorter trip to the gallows.

Related: 10 Eye-Opening Books About the Mafia 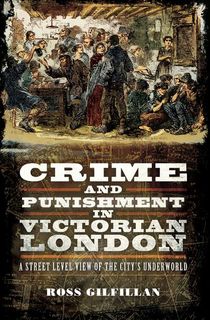 If you were raised watching period dramas, you’d be forgiven for thinking that the Victorian era was exclusively white. Obviously, that could not have been farther from the truth. Jeffrey Green offers a short but detailed study of the Black Americans who traveled to Britain and toured the country. Some worked as domestic servants. Others became academics. Whilst there, they also informed the Victorian British and Irish about slavery and repression in the United States, and what life was like for them on the other side of the pond. As with any era, immigration made up a crucial part of Victorian life, and this book helps to fill in an oft-overlooked gap in our history. 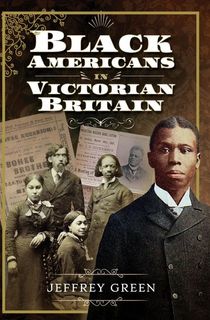 We've all had pandemics on the brain lately, which has led many of us to turn to history for precedence and a greater understanding of how humanity has previously dealt with such outbreaks. Victorian Britain was riddled with disease, but perhaps no condition struck as much fear into the hearts of citizens as cholera. Several major outbreaks of cholera occurred during the era, killing thousands of people. In her book, Amanda Thomas turns to first-hand accounts and offers a fully human understanding of a disease that ravaged generations and left an irrevocable impact on British society.

Related: Can A Pandemic Turn The Tide Of War? 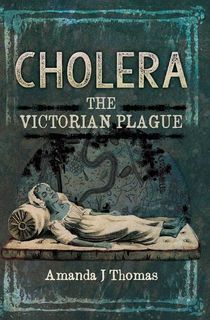 The Real World of Victorian Steampunk

The steampunk aesthetic has long been a favorite of sci-fi and fantasy readers. But where did it come from? Are its origins in the truth of Victoriana? Simon Webb explores the technological advancements of the Victorian era and how they paved the way for all those stories about blimps and cogs and steam. The author ties together fact and fiction, acting as an authority on both Victorian history and the literary history of steampunk. 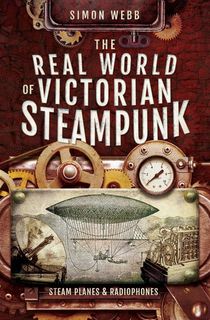 The Victorian era was a deadly one, but especially for children. Infanticide rates were horrifyingly high. Childhood poverty was rampant, and things were made all the harder by lack of education, unsanitary living conditions, child labor, and the stigma brought upon unmarried mothers. With the introduction of the New Poor Law in 1834 the future for some pauper children changed, but things didn't immediately improve. Sarah Seaton's study is tough to read in its graphic descriptions of how these children suffered, but it is also necessary and empathetic. 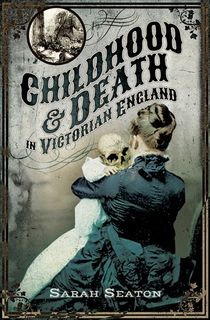 Fanny and Stella: The Young Men Who Shocked Victorian England

Miss Fanny Park and Miss Stella Boulton, flamboyantly dressed and happy to shock the public, were the talk of the town in 1870s London. Two men who enjoyed cross-dressing as women, their bucking of the era's rigid gender norms caused a huge scandal, with the Metropolitan Police even launching a secret campaign to bring about their downfall and put them on trial. Their story is a key part of LGBTQ+ history, and a reminder that queerness has always been a part of everyday life. 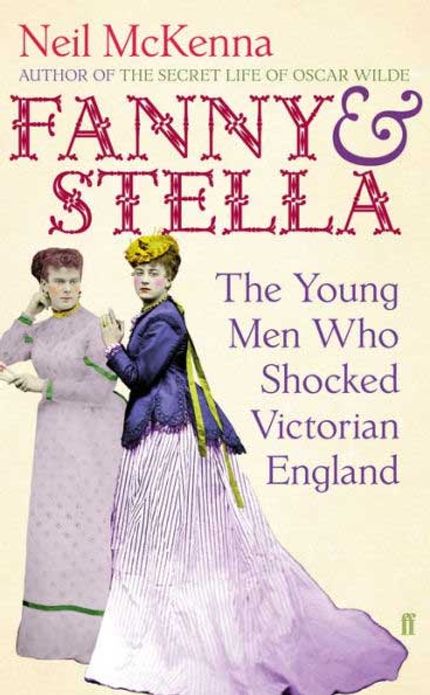 A Victorian Lady's Guide to Fashion and Beauty

We typically associate Victorian women's fashion with the corset and bustle, but there was so much more to beauty than that. Mimi Matthews dives into 19th-century beauty books, fashion magazines, and lady's journals to piece together a portrait of the well-bred Victorian woman's fashion and beauty tastes. At a time when a woman's role in society was smothering in its rigidity, Matthews argues that many bold women used fashion as a limited means of expressing themselves.

Related: The Norman Conquest: A Bloody Invasion with Far-Reaching Consequences 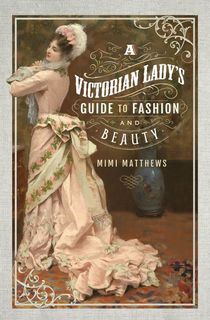 The Five: The Untold Lives of the Women Killed by Jack the Ripper

There are countless books out there about the infamous Jack the Ripper, a serial killer who stalked the streets of Victorian-era London. It seems as though every writer has their own conspiracy about who the mysterious killer was. What we have less of, unfortunately, are books on the victims, women whose stories were reduced to that of sex workers with no lives or worth beyond their tragic fates. Hallie Rubenhold sought to change that with her multi-award-winning book The Five. She offers a richly textured portrait of these women. The Five isn't so much a traditional biography as an examination of the rampant poverty, misogyny, and social deprivation that characterized these Victorian women's lives as much as their deaths. 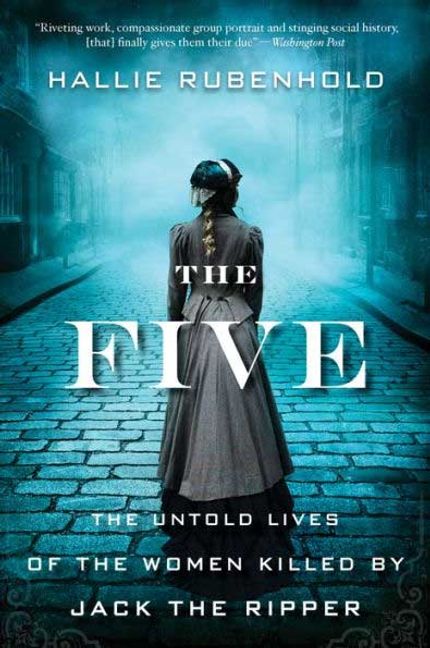 How to Be a Victorian: A Dawn-to-Dusk Guide to Victorian Life

Do you think you could survive life as a proper Victorian? Could you wear a whalebone corset all day, not wash your face every morning, eat mutton, and forgo modern contraception? Ruth Goodman gave it a go, approaching history in a more active manner to see the day-to-day mundanities that are often left out of the history books. From sleeping in a barely heated Victorian house through a whole winter to not washing her face with water for four months, Goodman fully commits to the role. This one is thoroughly researched and utterly fascinating. We certainly couldn't pull off Goodman’s experiment for nearly as long!

Related: An Insider Offers Unparalleled Insight into the Royal Family and a Bygone Era 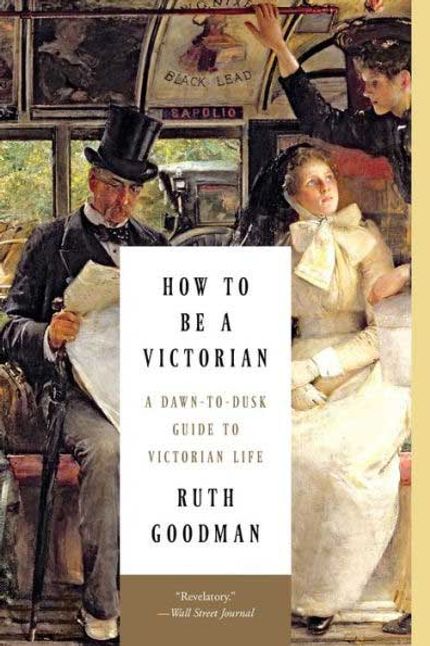 The Devil in the White City

While Victorian Britain was in the midst of the Industrial Revolution, on the other side of the Atlantic, America was making leaps and bounds too. The 1893 Chicago World’s fair was an explosion of cultural, social, and technological change that had a profound effect on the city's future. At the same time, however, another defining moment happened in the city: the reign of terror of H.H. Holmes, widely considered to be America's first serial killer. Erik Larson's book offers a dual perspective on the magic and horror of Victorian-era Chicago and the intertwined relationship between its blossoming future and dark past. 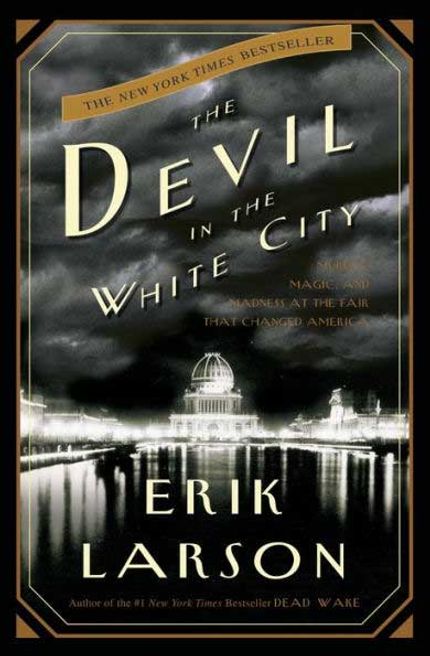