From George Washington to Daniel Boone, the colonial period saw the rise of many famous Americans. But what was life really like in the years before the United States became an independent nation? In order for the American Revolution to come about, generations of military officers, political thinkers, and ordinary people had to lay the groundwork; meanwhile, a distinct American culture emerged. The books on this list shed light on the over 150 years of history that led up to American independence. Here are 11 enlightening books about colonial America.

The British Middle Colonies of New York, New Jersey, and Pennsylvania came to play important roles in the foundation of America. In Crossroads of Empire, author Ned C. Landsman asks why. He examines the history of each colony to determine what similarities made them come together as a region. From the rise of evangelical Christianity to the continued military action in the area between European imperial powers and Native Americans, Landsman argues that multiple factors came together to allow the Middle Colonies to become the birthplace of the American Revolution. 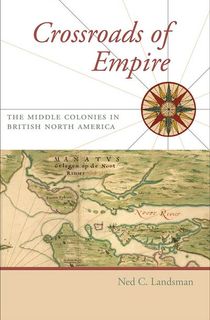 A Revolution in Eating

From the moment that early settlers first set foot on the American continent, food was a major area of concern. Not only did they have to avoid starvation, but they had to learn to work with unfamiliar kinds of plants and animals around them. As time went on, colonists created an entirely new cuisine that combined their European tastes with the ingredients and cooking methods available to them in the New World.

In A Revolution in Eating, author James McWilliams traces the development of this new early American cuisine. He explains how staple foods from the diets of Native Americans and enslaved Africans also influenced the development of American tastes and how, by the time of the Revolution, this diet came to represent a uniquely American identity. 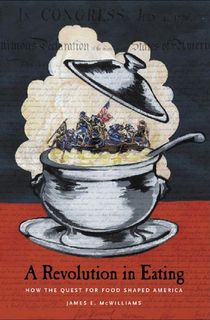 By Robert A. Geake

For the early settlers of New England, the New World was a strange place full of unknowns. The chaos of navigating life in the colonies led many people to indulge in superstitions as they looked for answers about why disease and warfare continued to plague them. Drawing on writings from the time period, historian Robert A. Geake reveals the strange customs that developed in early New England to ward off ill fortune. 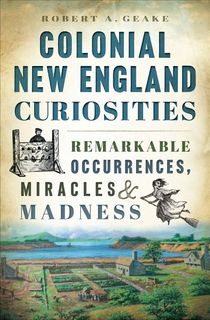 People often think of pirates living in the tropical locations they operated in, but for almost 80 years, the men of Newport, Rhode Island took to the seas to plunder and pillage. Even though they were criminals, Newport’s pirates returned home with gold to spend and goods to trade, and they were welcomed home with open arms. That is, until Newport’s own fleet was targeted by pirates.

Suddenly, Newport turned against its own citizens and the results quickly turned deadly. In Pirates of Colonial Newport, author Gloria Merchant chronicles the surprising history of one town and the pirates who called it home. 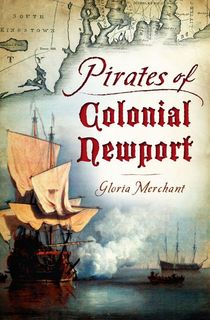 A Woman of Courage on the West Virginia Frontier

In the colonial period, the Allegheny region was still a vast frontier, and a small group of determined people fought to make a life there. Among them was Phebe Tucker Cunningham, and in A Woman of Courage on the West Virginia Frontier, author Robert Thompson tells her story. After losing four children, Phebe was kidnapped by members of the Wyandot tribe. Three years later, she was finally freed.

Related: What Happened to the Lost Colony of Roanoke?

In addition to recounting Phebe’s incredible story, Thompson describes in detail the world in which she lived. From day-to-day life on the frontier to the society of the Wyandot, Thompson paints a vivid portrait of colonial West Virginia. 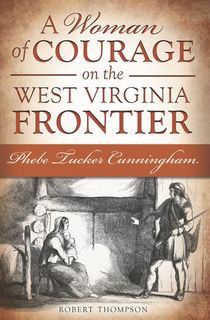 The military played a large role in the society of colonial America, being a time of settlement and conquest. In Armies of Early Colonial North America, Gabriele Esposito provides an in-depth look into the armies and militias that operated in colonial America’s first century. From tracking the developments of the uniforms they wore to diving deep into some of the continent’s biggest conflicts, Esposito leaves no stone unturned.

Related: The British Struck an Early Resounding Blow in the American Revolution 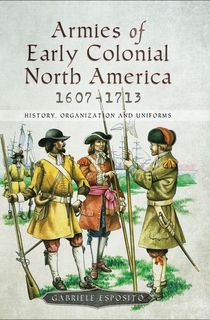 By James A. Warren

In 1635, Puritan minister Roger Williams was banished from the Massachusetts Bay Colony for his radical ideas. He purchased land nearby from the Narragansett tribe and went on to found Rhode Island, a colony defined by its commitment to religious tolerance and coexistence with Native Americans. Over the course of the next few decades, the Puritans of Massachusetts Bay expanded their territory further and further, until every Native American tribe had fallen to them except the Narragansett. Determined to face down the colonists, the Narragansett allied themselves with the citizens of Rhode Island to protect their ways of life. In God, War, and Providence, author James A. Warren chronicles the history of this alliance and the lasting effects it would have on American history. 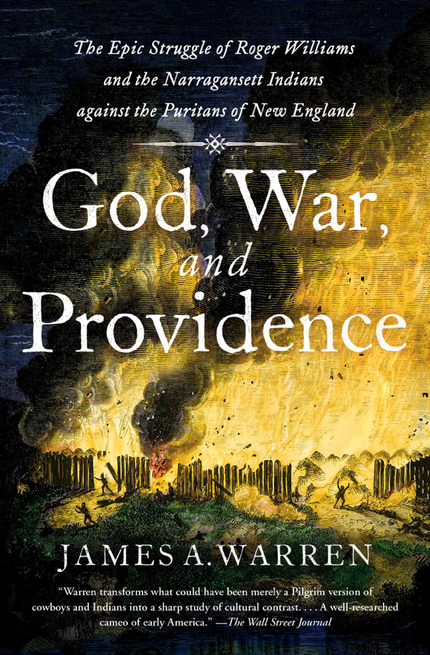 In New England Bound, Wendy Warren explains how slavery and the slave trade played an integral role in the growth of the New England colonies. Not only did multiple families build their wealth on the slave ships that docked in cities across the colonies, but the cities themselves were often built by slaves. Warren uncovers these little-known stories of enslaved Africans and Native Americans as they navigated the harsh realities of slavery in this finalist for the Pulitzer Prize. 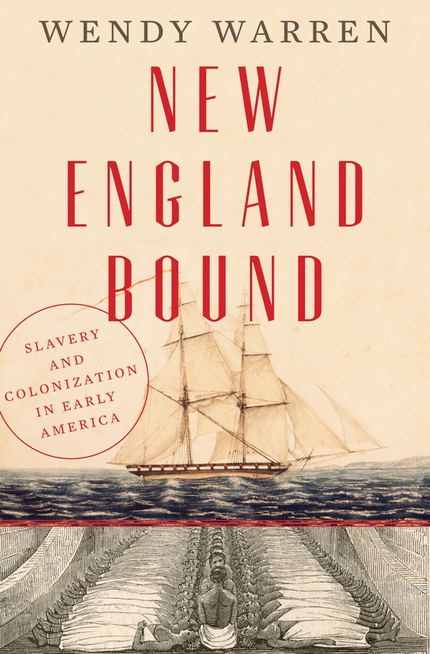 The Island at the Center of the World

Before there was New York City, there was the Dutch colony of New Netherland and its capital of New Amsterdam. After the British took control of the colony in 1664, much of the history of New Netherland was forgotten and became shrouded in myth. In The Island at the Center of the World, author Russell Shorto draws from a collection of recently-translated records from the colony to restore New Netherland to its rightful place in history.

What emerges from Shorto’s research is a capital city defined by free trade, religious freedom, and individual rights. Adriaen van der Donck, a New Amsterdam lawyer, fought for these progressive liberties and often butted heads with the colony’s director-general Peter Stuyvesant. Their fiercely fought debates show that the spark that ignited the American Revolution was lit over a century earlier. 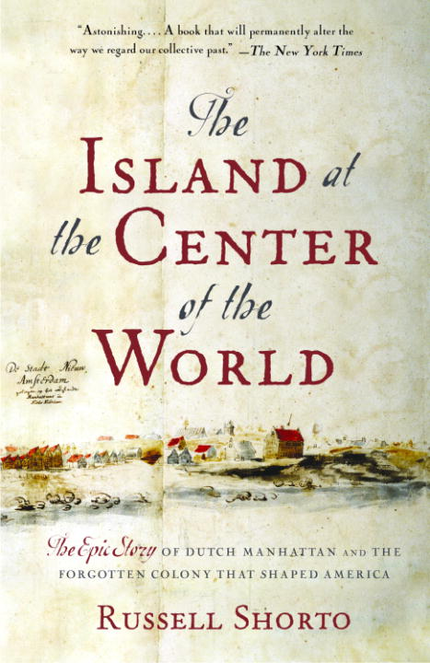 In 1722, just before the Five Nations of the Haudenosaunee were set to have a conference with the British colonists, two fur traders murdered a Seneca man in Pennsylvania. The aftermath of the crime brought two very different justice systems into play. While colonial law called for harsh, violent punishments, the Native Americans favored forgiveness and reparations. In this Pulitzer Prize-winning history, Nicole Eustace follows the case from beginning to end and compares this colonial era debate to our own struggles with what justice means today. 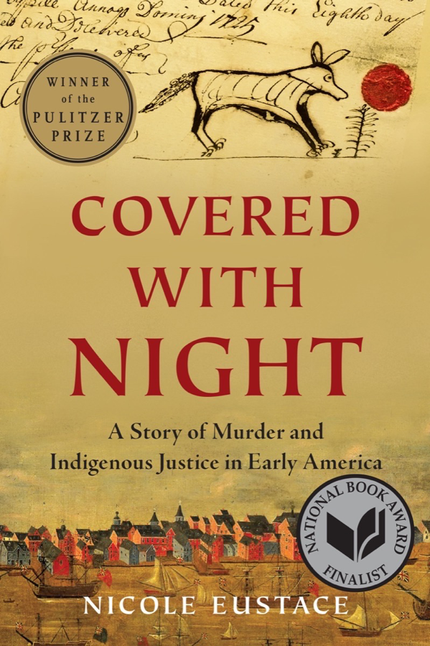 While much of the history of colonial America is dedicated to settlers from Great Britain, between the years 1600 and 1675, immigrants from all over Europe began to venture to the colonies. English, Dutch, Swedish, and Italian people all found themselves living together for the first time. Conflict raged between the Europeans and Native Americans, between Europeans and the enslaved Africans, and between the Europeans themselves. In The Barbarous Years, a finalist for the Pulitzer Prize, Bernard Bailyn shines a light on the brutal decades that laid the foundation for America. 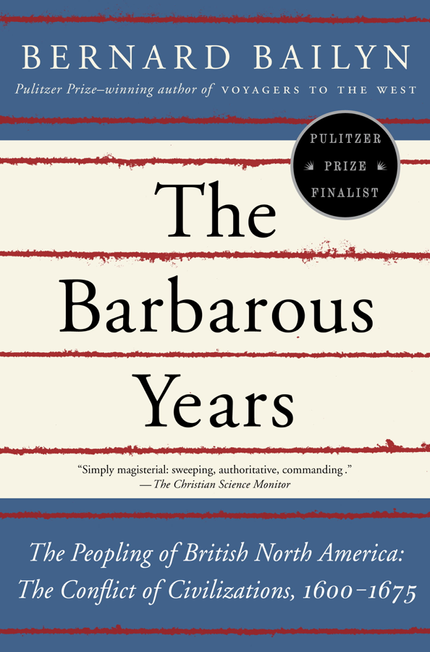