Anne Frank and Her Life in the Secret Annex

Few books have made as large an impact as Anne Frank's The Diary of a Young Girl, a poignant and heartbreaking account of her experience during the Holocaust. But prior to her two years of hiding and, eventually, living in a concentration camp, Anne lived with her family in Germany.

Hitler's appointment to chancellor in 1933 had drastically changed the country and the lives of its Jewish population. As the Nazi regime rose to power and implemented cruel anti-Semitic regulations, the Franks were forced to escape to the Netherlands. In time, though, their new home—a large building in Amsterdam—proved just as dangerous. Desperate for safety, but with few viable options, the building became their hideout in 1942.

Anne Frank and her family spent two years in "the Secret Annex" of Prinsengracht 263, and the van Pels—fellow Jews and business partners of Anne's father, Otto—occupied the third floor. Both families received support, necessary provisions, and outside information from four of Otto's employees, and their loved ones.

But while space was scarce and tensions sometimes rose, Anne found solace in her red and white diary, which she’d received on her 13th birthday—just weeks before her family went into hiding. She addressed many of her entries to Kitty Francken—a plucky character from one of her favorite book series—to whom she hoped to "confide everything." These fake letters revealed Anne’s innermost thoughts, from her fraught relationship with her mother to her post-war aspirations. A writing career was one such aspiration, and Anne soon began penning short stories, finding it not just uplifting but creatively fulfilling. Eventually, she began Het Achterhuis—an unfinished novel based on her experience within the Secret Annex.

"...I can always write for myself," she wrote in one entry. "But I want to achieve more than that...I want to be useful or bring enjoyment to all people...I want to go on living even after my death!"

For a girl barely into her teenage years, Anne wrote with an emotional intelligence that belied her young age.

After Anne’s 1945 death at Bergen-Belsen, her father—the sole survivor of the Frank family—received her recovered diary, and published it. Thus, in death Anne achieved her dreams of sharing her story with the world.

Today, Anne Frank remains one of the most famous Holocaust victims, an enduring symbol of resilience and hope, and the author of one of the most widely read books of all time. But her legacy lives on not just in her diaries, but also in the Anne Frank House—a non-profit organization dedicated to spreading and preserving her message. Their book Anne Frank in the Secret Annex: Who Was Who? profiles the helpers and hiders, in addition to describing the building’s layout, the residents’ cautious daily routines, and much more. The following excerpt of the book gives a brief overview of the Franks’ pre-Annex life, and provides more insight into the little girl whose words will never be forgotten.

Click here to read an excerpt of Anne Frank in the Secret Annex: Who Was Who?, and then download the book.

Anne Frank in the Secret Annex

By The Anne Frank House 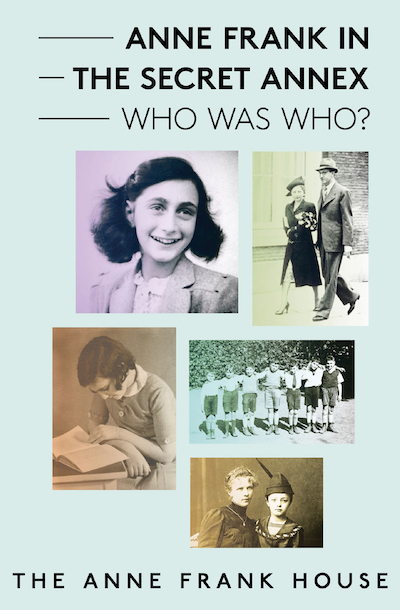