It’s not merely a cliché to say that books change lives. They also transform our culture, our relationships, and the laws of our land. From raising awareness to inspiring amendments to the U.S. Constitution, these groundbreaking books reshaped America.

In his explosive pamphlet Common Sense, Thomas Paine sought to convince the average colonist that independence was necessary. Paine crafted his argument to appeal to the common man and woman. The author's efforts were a success; his work helped spread the revolutionary spirit throughout the 13 colonies. 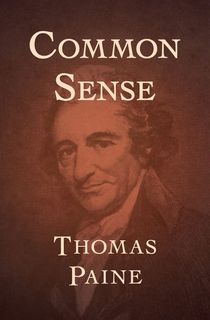 Ten Days in a Mad-House

Nellie Bly was perhaps the prototypical intrepid female reporter. In 1887, Bly arrived in New York. After a few months without a job, she entered the offices of the New York World and talked her way into an undercover assignment: She would fake insanity to enter the Blackwell’s Island Lunatic Asylum. When, only 10 days later, she was taken out of the Asylum by the World staff, Bly had seen her share of horrors. She wrote about the dreadful conditions (non-potable water, spoiled food, rats climbing over patients) for a series of articles, which were then published as a book. A grand jury was launched to investigate the conditions, with Bly’s assistance. Nearly all changes Bly had proposed were backed up by the grand jury, and an additional $850,000 was added to the budget for the Department of Public Charities and Corrections. 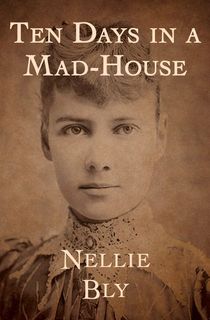 How the Other Half Lives

In the late 1800s, Jacob Riis came up with an idea that would combine his hobby with his career—he began shooting photos of the tenements in New York City’s Lower East Side as a supplement to his police reporting. Soon, the photos of the conditions of the tenements became much more important to Riis. Eventually, his writing and photos would be published as How the Other Half Lives. Riis and Theodore Roosevelt became close as a result of the book and worked together to pass a number of laws and regulations, including reenacting the Civil Service Law and creating the New York Tenement House Act. The Tenement House Act outlawed so-called rear tenements, increased minimum room size, and required that all bedrooms must have windows to the outdoors. 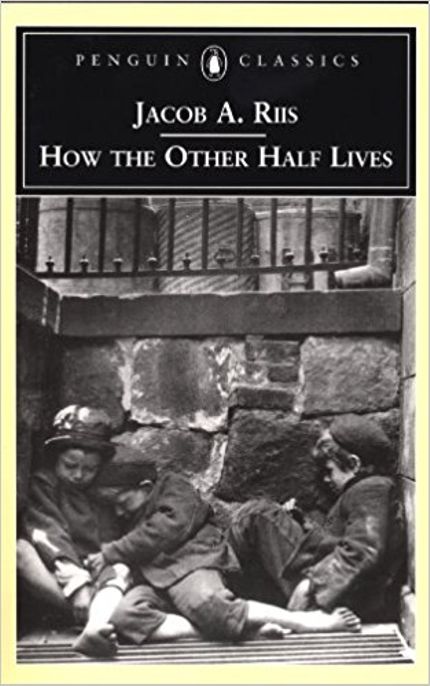 The History of the Standard Oil Company 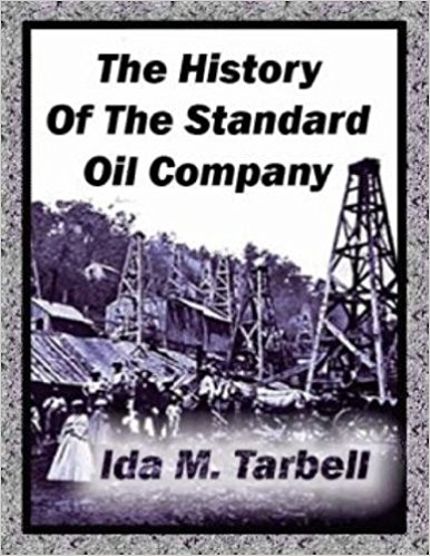 The Treason of the Senate

The Treason of the Senate didn’t just change a law, or a budget, or a rule. It resulted in an Amendment to the United States Constitution. In 1906, David Graham Phillips began publishing his work in Cosmopolitan as a series of articles. Phillips critiqued the way that Senators were elected—not by the people, but by state legislatures. To prove how detrimental this was, Phillips focused on a few key, and corrupt, senators. Primarily, he focused on Rhode Island Senator Nelson Aldrich, who helped orchestrate numerous schemes that benefitted the Rockefeller family. Although discussion of changing the method of Senate election had been in progress for decades, The Treason of the Senate elevated the conversation to the public sphere. Seven years later, the 17th Amendment was passed, making popular election the law of the land. 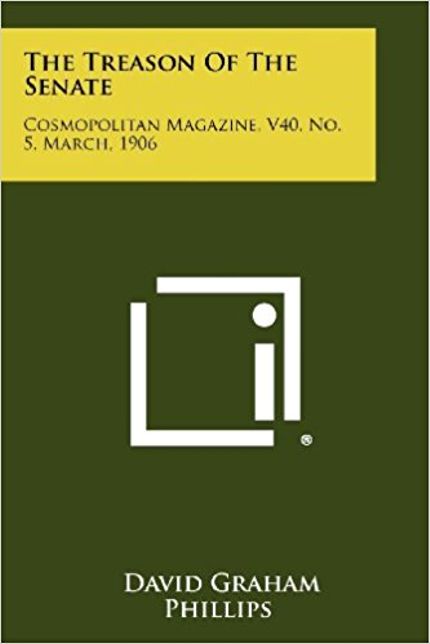 Dust off your library. Sign up for The Archive's newsletter and get more book recommendations sent to your inbox weekly.

Upton Sinclair’s muckraking classic started a revolution, although perhaps not the revolution he had hoped. The Jungle primarily takes place in a slaughterhouse in Chicago’s meatpacking industry. Jurgis Rudkus, an immigrant, has taken a job there in hopes of supporting his family and cannot leave despite the horrors he sees there. Sinclair was likely hoping to increase support of socialism through The Jungle, but it had a different impact. The shocking descriptions of life in a meatpacking facility led to a number of reforms, including the passage of the Pure Food and Drug Act. This then led to the creation of the FDA, and the Meat Inspection Act. 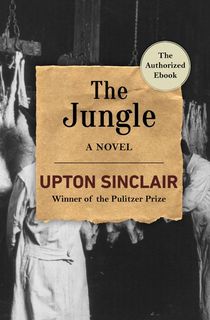 The Grapes of Wrath

After its publication in 1939, John Steinbeck’s The Grapes of Wrath was soon read by Eleanor Roosevelt, who wrote a review in her regular newspaper column. She then went to visit the camps described in the book. Finding them as dismal as Steinbeck had described, Roosevelt pushed for change. Congressional hearings on the matter followed, and Secretary of Labor Frances Perkins called for extending wage regulations into picking fields—farm laborers had previously been exempt from industrial standards. 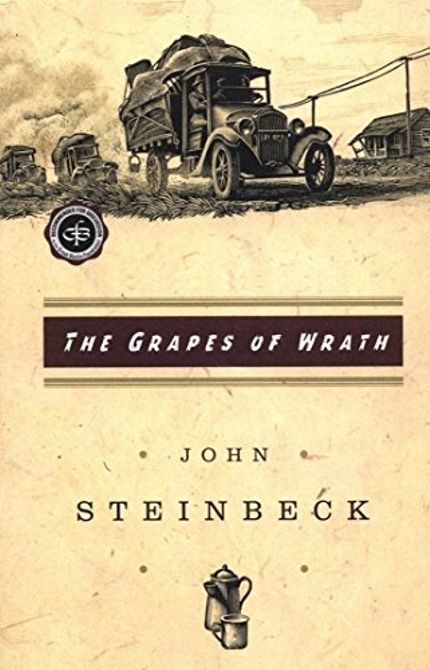 Rachel Carson had been an outspoken critic of pesticides and other chemical runoff long before the 1962 release of Silent Spring, Carson's third book. She took advantage of her years of work in the nature and conservation world to gain access to government data about the effect of artificial pesticides on the environment. Her biggest focus was on DDT, which negatively impacted both wildlife and human health. In fact, Carson herself had cancer by the end of writing Silent Spring. Carson died two years after Silent Spring was published, but it began a grassroots campaign that led to the banning of DDT, and eventually the creation of the EPA. 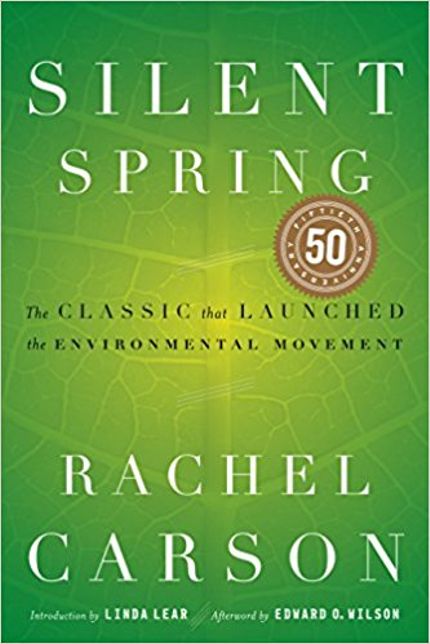 The American Way of Death

The Mitford sisters had a knack for changing culture, but only Jessica Mitford changed laws.  In 1963, Mitford released The American Way of Death, a nonfiction expose into the ways the funeral industry obfuscated and purposefully overcharged their customers. As a result of the uproar caused by the book, Congressional hearings were called to discuss the funeral industry. Eventually, a federal regulation was passed that required all funeral homes to provide fully itemized lists of services offered, including the costs of each item. 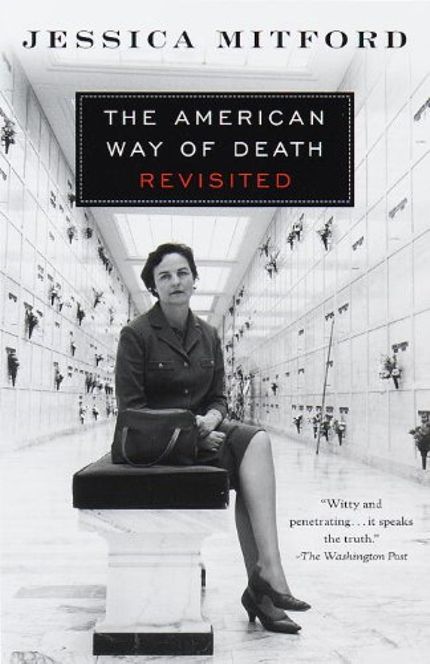 Unsafe at Any Speed

Unsafe at Any Speed explores the resistance of the car industry to changing laws and safety standards. Despite a clear need for increased safety standards by the 1960s, car manufacturers were dragging their feet, unwilling to spend the money that would save passengers’ lives. Primarily remembered for its takedown of the Chevy Corvair, Nader also describes how car design, smog, road design, and road rules all contribute to increased automobile incidents. An immediate bestseller, Unsafe at Any Speed led to the passage of the National Traffic and Motor Vehicle Safety Act—the first of its kind for motor vehicles. It required new safety features for cars themselves, including seat belts, and new regulations for roads, including center lanes and street lights. 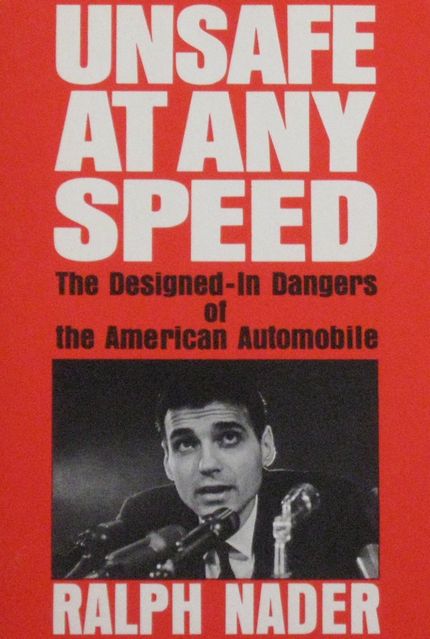 The Invention of George Washington

In this strange case, it wasn’t the writing of a book that changed the law—it was the author burning his own book. Paul Longmore was a history professor and disability activist. After contracting polio as a child, Longmore lost much of the use of his arms and hands. Despite this, he earned a PhD in history, wrote two books, and worked tirelessly for the rights of disabled people. After publishing his first book, The Invention of George Washington, Longmore realized that earning even a small amount of income negatively impacted his Social Security benefits: $10,000 in book sales cost Longmore about $20,000 in SSI assistance. As a form of protest, Longmore burned a copy of his book in front of the LA office of Social Security Administration. This led to what is now known as the Longmore Amendment, a change in Social Security protocol that protected disabled authors and other workers from some of these kinds of losses—although disincentives for disabled workers do still exist. You can read more about his work in Why I Burned My Book and Other Essays on Disability. 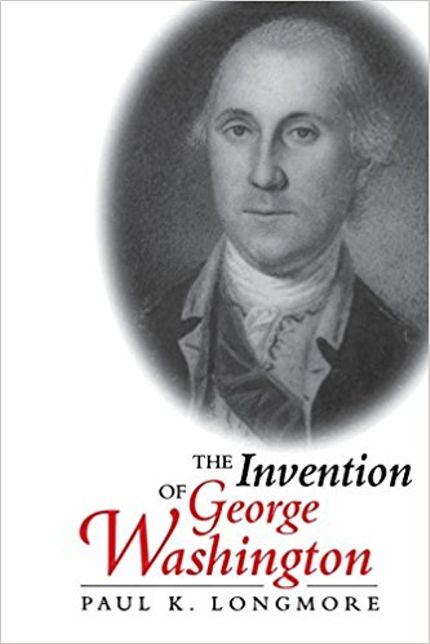 Dust off your library. Sign up for The Archive's newsletter and get more book recommendations sent to your inbox weekly.