The Unbelievable Lives of Pilots Jessie Miller and Bill Lancaster

The pair’s spectacular accomplishments and whirlwind romance will forever be marked by a shocking scandal.

Promoted by Flatiron Books | By Sarah Mangiola | Published May 8, 2018

When Jessie Miller met Bill Lancaster in 1927, their connection was immediate.

Bill Lancaster, a 29-year-old pilot in the Royal Air Force was married…and looking for a new adventure. That adventure came in the form of 23-year-old Jessie Miller, who was fleeing a passionless marriage in Australia and found herself thrust into London’s Bright Young Things society—immersing herself in a world of gin and flappers. It was there she met Lancaster, who was discussing his next venture: A flight from London to Melbourne. Miller was up for the challenge.

During their journey, which ended successfully in Melbourne, the two grew closer—and soon it was clear that Lancaster’s current marriage would not last. The duo momentarily basked in their newfound celebrity status, settling together in Miami, but after the 1929 market crash they found themselves desperate to make ends meet. Trying to capitalize on whatever notoriety they had left, Miller agreed to write a memoir—choosing Haden Clarke to be her ghostwriter. But while Lancaster was away in Mexico looking for work, the “colleagues” began spending more and more time together. It wasn’t long before Miller decided to leave Lancaster and marry Clarke instead—a decision that had Lancaster racing back to Florida.

What followed would forever taint Miller and Lancaster’s aviation accomplishments. On April 20, 1932, Clarke was killed by a gunshot to the head—and Lancaster was the prime suspect. Corey Mead’s novel, The Lost Pilots, details the almost-unfathomable lives of Miller and Lancaster—from their spectacular rise to their scandalous fall.

Read on for an excerpt from The Lost Pilots, detailing when Miller and Lancaster first met, and then download the book. 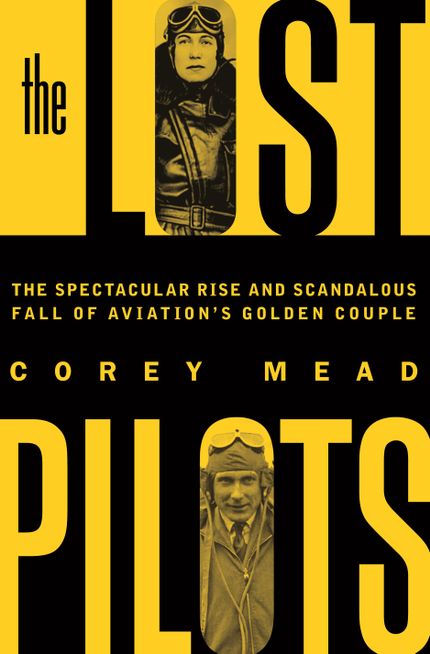 History surrounded Bill Lancaster and Jessie Keith-Miller as they sat within the elegant stone walls of the Authors’ Club at Whitehall Place, a stone’s throw from both the Thames River and Trafalgar Square. This was where Oscar Wilde had furiously condemned the censorship of his controversial play Salome; where Sir Arthur Conan Doyle had for years reigned undefeated as billiards champion; where guest speakers like Mark Twain, Rudyard Kipling, and Emile Zola had been honored; where Ford Madox Ford had gotten rip-roaring drunk on the night he returned from combat in France. In later years the building would serve as MI6’s secret headquarters, but for now its glittering chandeliers and elaborately tiled floors bespoke a snobbish yet accessible gentility.

Jessie had hardly taken her seat before Lancaster launched into an animated spiel about his upcoming flight. The England-to-Australia route had been conquered twice before, but by so-called heavy airplanes. Lancaster intended to make his mark by flying the route in a light airplane— specifically, the eighty-five-horsepower ADC Cirrus engine-powered Avro Avian, designed and built only a few months earlier. The Avro Avian was set to transform modern light flying, Lancaster claimed, with its eightymile-an-hour cruising speed and nine-hundred-mile range.

Jessie may have been an amateur when it came to aviation, but she exhibited a no-nonsense approach that cut through any bravado in Lancaster’s presentation. She pressed him for details: Could Lancaster actually get an Avro Avian?

Here Lancaster’s confident manner began to falter. His father might help him, Lancaster said, but under Jessie’s continued questioning he admitted that his father had thus far refused to finance the trip. From what Jessie could garner, the only concrete elements of Lancaster’s plan were that he knew which airplane he preferred and which route he planned to take. But these meant nothing without the financial means to make them happen. Jessie pressed him further. Aside from the plane, how would fuel be paid for? What about food and equipment, not to mention visas, licenses, landing fees, service charges, and maps?

Related: 26 Biographies of Remarkable Women That You Need to Read

Jessie may have been sensible and strong-minded, but she was also funloving and lively. Despite Lancaster’s lack of preparation, Jessie found him an appealing character, and not just because of his charm and looks. He was clearly an experienced pilot, and his eagerness for the journey was addictive in its way. Like her, he seemed ready for any adventure, keen to immerse himself in new worlds, yearning for escape from the constraining dailiness of his life. Most importantly, Lancaster’s money problems aligned perfectly with the idea that had spontaneously flowered in Jessie’s mind at the party the night before. After a few more questions, she came to the point.

“You said the plane was a two-seater?” she asked.

“If I can raise the money, say fifty percent of the total outlay, can I come with you?”

A look of astonishment crossed Lancaster’s face, and he briefly scrambled for words. Whatever assistance he may have wanted from Jessie, this was clearly not it. Once Lancaster gathered his thoughts, he told Jessie that it would be impossible for her to join him on his journey. “In the first place there’s the extra weight,” he protested. “And you can’t imagine what the flight would be like—you’d have to rough it everywhere. Besides, it’s dangerous. I’m confident for myself but I couldn’t take on the responsibility of a woman passenger.”

Jessie barely registered Lancaster’s words. As she sat in the Authors’ Club, the flight suddenly represented for Jessie everything she’d yearned for: thrills, exploration, a headlong voyage into unfamiliar landscapes. The planned route would be the longest flight ever made by a woman. It seemed that together, they could achieve something legendary. And Jessie’s argument was irrefutable: without her input, Lancaster was incapable of gathering the necessary money.

Related: Pierre Le Gloan: The Ace WWII Fighter Who Fought for Both Sides

A still-hesitant Lancaster offered another reason why Jessie couldn’t come on the flight—he confessed that, although he was currently living with his parents, he was married and had two daughters. He also claimed, truthfully or not, that he and his wife, Kiki, weren’t living together because of a scandal involving Kiki, but that he wasn’t seeking a divorce because of the sordid details that would be revealed in court, thereby damaging his children. Given the conservative moral tenor of the times, the fact of a married man and a married woman traveling together in such close circumstances for such a long period of time would complicate immensely the task of lining up sponsorship and support from businesses and the press, Lancaster argued. The hint of impropriety would be too great.

While Lancaster had a point, Jessie also felt he was employing this reason, and the story about Kiki, as an excuse to put off making a decision. As she would eventually come to learn, Lancaster had a habit of telling what Jessie called “little white lies,” lies that usually had their basis in truth but which he spun to portray himself in the most flattering light. “I don’t know whether he was capable of any big deceit,” Jessie once said, but “I could never quite make out which was absolutely the truth and what was said on the spur of the moment.”

When they reconvened a few days after their Authors’ Club meeting, Jessie pressed her advantage. “Look, Bill, you’ve been talking about this flight for months, or so everyone tells me, and what have you got?” Her manner was unyielding. “The truth is that you haven’t a hope of getting started without money. I’ve got Australian contacts who’ll help with money, and I’m a woman, which will help with publicity. It seems to me it’s a case of either you take me or you don’t go at all.”

After thinking things over, Lancaster had come to the reluctant conclusion that Jessie was right: without her help, the journey would not happen. Thus decided, he agreed to form a business partnership with Jessie. The two later insisted that the decision was purely professional—because they each had spouses, they joined together for aviation purposes only. But they were kindred free-flying spirits, young and in bloom, dismissive of convention, with large, immensely appealing personalities. The attraction, even unstated, must have been immediate.

To kick off their affiliation, the two met the next day at Stanfords, the world’s finest map store, in Covent Garden. Situated in a charmingly refurbished Victorian home, Stanfords’ multiple floors were filled to bursting with travel guides, gorgeously crafted handmade globes, intricately detailed atlases, and stirring narratives of heroic expeditions. In the shop, an RAF officer helped Lancaster and Jessie plan the route of their flight, which would proceed in stages, with RAF airfields making up the bulk of their landing fields. Stanfords would convert these plans into strip maps that folded up into a book.

Seeing an opportunity to shore up her deal with Lancaster, Jessie forked over the money for the maps on the spot. Barely a week before, Jessie had been an innocent adrift in a thrillingly intimidating new city. Now her life possessed an exhilarating purpose, a concrete goal on which to focus her energies. She, along with Lancaster, had a sudden future to plan for.

This post is sponsored by Flatiron Books. Thank you for supporting our partners, who make it possible for The Archive to continue publishing the history stories you love.