A thumbprint on a cashbox led police to the murderers—and changed the course of criminal history.

Albert Stratton was born in 1882; his brother Alfred was born in 1884. By June 1905, both brothers were dead, having unwittingly ushered in a new era of scientific crime investigation.

They were the first British murderers convicted and hanged based on fingerprint evidence.

At 8:30 A.M. on March 27, 1905, William Jones arrived for work at Chapman’s Oil and Colour Shop in the London neighborhood of Deptford. He was greeted by a chilling sight.

Jones immediately summoned the police. Chief Inspector Frederick Fox, as well as Melville Macnaghten, then Assistant Commissioner at Scotland Yard and head of the Criminal Investigation Department, took over the case. Macnaghten, an advocate for the fledgling science of fingerprinting, noticed a smudge on an empty cash box.

Want to uncover more? Sign up for The Archive's newsletter!

Macnaghten decided this might be just the case on which to test out the new technique. He carefully wrapped the box and sent it to the new Fingerprinting Bureau at Scotland Yard.

Detective Inspector Charles Collins, head of the bureau and the foremost fingerprinting expert of the time, believed the smudge was a print of a right thumb. Later analysis confirmed this to be the case. Now the police had only to match to print to a person, and then they’d have their suspect.

The print was quickly eliminated as belonging to Jones, the Farrows, or anyone else with regular access to the shop. Fortunately, multiple witnesses saw two men loitering near the building around the time of the crime. Two people saw them leave the building at around 7:30 A.M., an hour before Jones arrived. One of the loiterers was positively identified as Alfred Stratton.

Under questioning, Alfred’s girlfriend mentioned that he had asked for a pair of dark woollen stockings—later confirmed to have been used as masks—before the crime took place. He also asked her to dispose of the clothes he’d worn on the day the crime was committed. Based on this testimony alone, the outlook was bleak for the Stratton brothers. 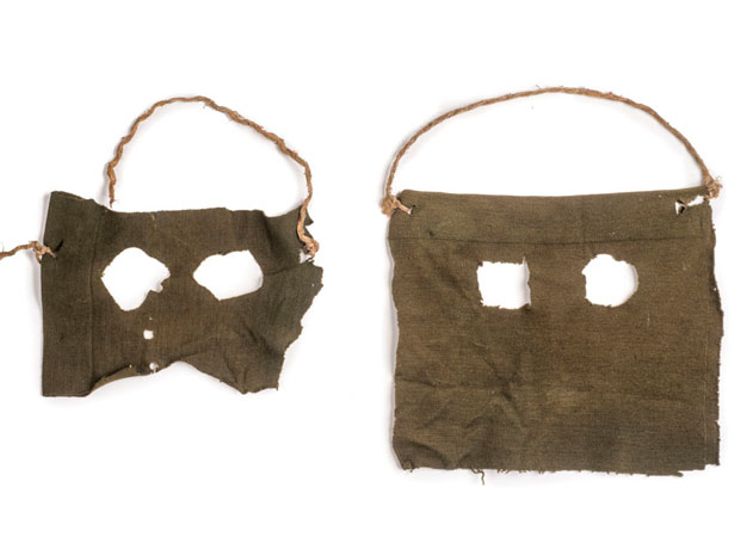 Arrest warrants were issued, and both men were picked up on April 2. The print on the box turned out to be an exact match for Alfred Stratton.

The pair was put on trial at the Old Bailey during the first week of May, 1905. By now, the case had earned a series of nicknames—From “The Mask Murders” to “The Deptford Murders” and “The Farrow Murders.” The legendary Sir Richard Muir served as lead prosecutor. Muir called over 40 witnesses to the stand, including Albert Stratton, whom Muir trapped in a series of inconsistencies and lies. Muir also called William Gittings, a jailer, to testify that Albert had said, “I reckon he (meaning Albert’s brother, Alfred) will get strung up and I shall get about 10 years. He has led me into this.”

The jury deliberated only two hours before convicting both brothers. They were condemned to death. Appeals were quickly filed and just as quickly denied. At 9:00 A.M. on May 23, both men were hanged.

With the groundbreaking Stratton case, the science of fingerprinting was firmly established as paramount to the criminal investigation process. This was, without a doubt, a watershed moment in crime history.

Want to uncover more? Sign up for The Archive's newsletter!