8 Gripping Books About the Mexican-American War

Many Americans today are unfamiliar with this significant armed conflict.

In 1845, then-president James K. Polk annexed the Republic of Texas, ostensibly an independent country that was considered part of Mexican territory. The move heightened tensions along the border between the growing United States of America and its southern neighbor, with disputes raging about where the border between Mexico and Texas should be. By the following year, these tensions had exploded into full-fledged conflict, when Polk convinced Congress to declare war following the so-called “Thornton Affair,” in which Mexican forces clashed with American soldiers in the disputed territory between the Nueces River and the Rio Grande.

The ensuing war cost tens of thousands of lives, and Mexico suffered the worst brunt of the casualties. The U.S. Navy blockaded Mexico’s Pacific coast, while expeditionary forces invaded and captured the Mexican capital. The Mexican-American War raged for nearly two years, and when the Treaty of Guadalupe Hidalgo formally ended the war in 1848, much more than just the territory of Texas was ceded to American hands. The United States also grew by the addition of the territories of California, Nevada, Arizona, Utah, New Mexico, and parts of Colorado and even Wyoming, while Mexico had around half its total holdings, as a result of what some Mexican writers called “the insatiable ambition of the United States.”

Because it exacerbated tensions between slave states and free states and poured trained soldiers with battlefield experience back into the populace, the war is thought to have partially contributed to the outbreak of the American Civil War just over a decade later. While that conflict overshadows the Mexican-American War in the mind of many Americans, this early clash between the growing United States and its southern neighbor is every bit as formative a moment in American and Mexican history, as these 8 books demonstrate.

“A remarkable achievement, by far the best general account of the war now available.” That’s how the Journal of American History describes Peter Guardino’s history of the Mexican-American War, which heavily incorporates the work of Mexican scholars on the subject, alongside historical records from both sides of the conflict to showcase the ways in which both Mexican and American politics, propaganda, and civilian attitudes shaped and influenced the war—and the way the mythology of the war, in turn, shaped both nations in the years to come. 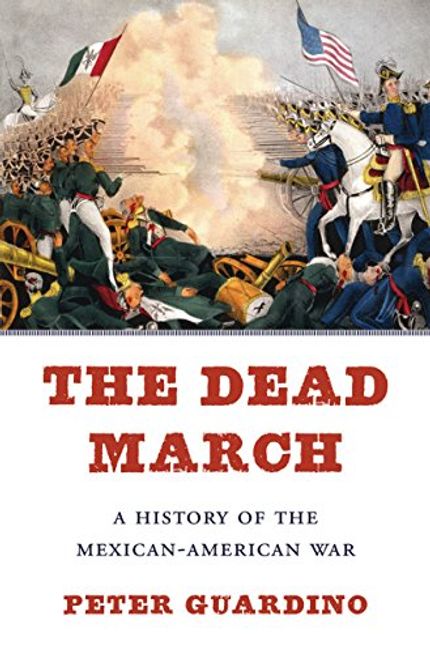 For decades, “Remember the Alamo” was a rallying cry for many Americans, informed by a mythologized version of the battle at the famed Texas fortification that was shaped more by John Wayne movies and Jim Crow propaganda than by reality. In this New York Times bestseller, three Texan authors tackle the myth—and the truth—behind the Alamo, resulting in a “substantive yet wryly humorous” book that Publishers Weekly calls “an essential look at the Alamo from the perspective of today’s racial reckoning." 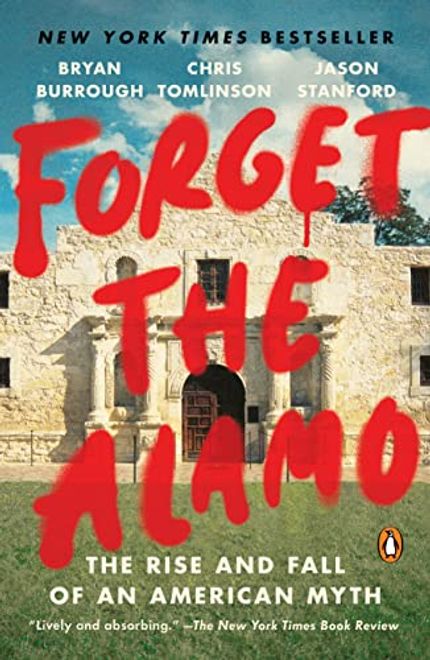 Historical and Cultural Marvels Abounded in the Americas’ Pre-Columbian Cites

“If one can read only a single book about the Mexican-American War,” raves The New York Review of Books, “this is the one to read.” Through rigorous scholarship and deft storytelling, Amy S. Greenberg paints a portrait of this “often overlooked” conflict that helped to shape American politics and national identity—not to mention the very geographic shape of the nation itself. From the smallest details to the biggest pictures, this heavily-researched book vividly captures “a key chapter in the creation of the United States.” 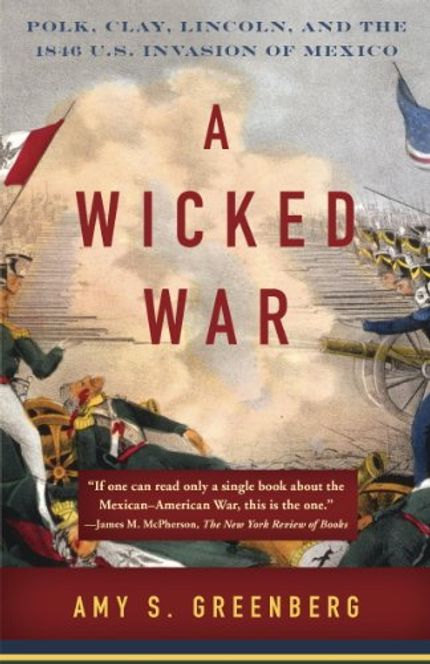 Though ostensibly concerned with the beginnings of the American Civil War, Alice Baumgartner’s “gripping and poignant” (The Wall Street Journal) book examines how Mexico’s abolition of slavery in 1837 spurred the United States not only closer to Civil War, but into the violence of the Mexican-American War, as U.S. forces annexed Texas and other large portions of the South in the hopes of preventing slaves from fleeing to freedom in Mexico. The result? “South to Freedom makes a significant contribution to borderlands history,” according to the Los Angeles Review of Books. 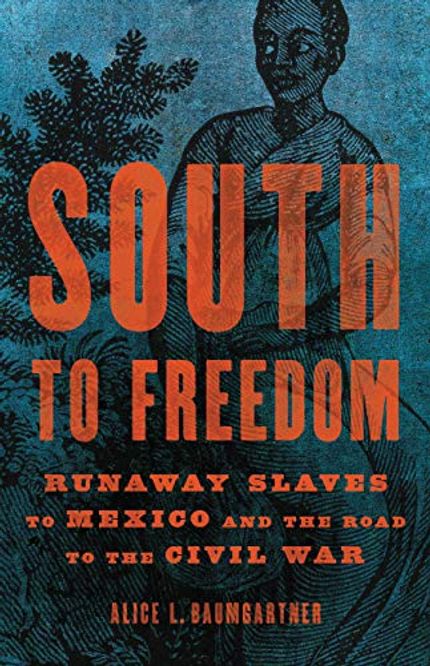 Estevanico, the First African Man to Explore the Americas

Drawing on firsthand accounts, including wartime diaries and letters written by rank-and-file soldiers, Paul Foos takes a look not at the big picture of the Mexican-American War, but on the effects it had on the people who fought it. Which isn’t to say that this “compact, meticulously researched, and dramatic study” (David R. Roediger, author of Colored White) doesn’t have big thoughts on its mind. In examining the effect of the war on the soldiers who fought it, Foos paints a portrait of a changing conception of Manifest Destiny, one which would shape American history for decades to come. 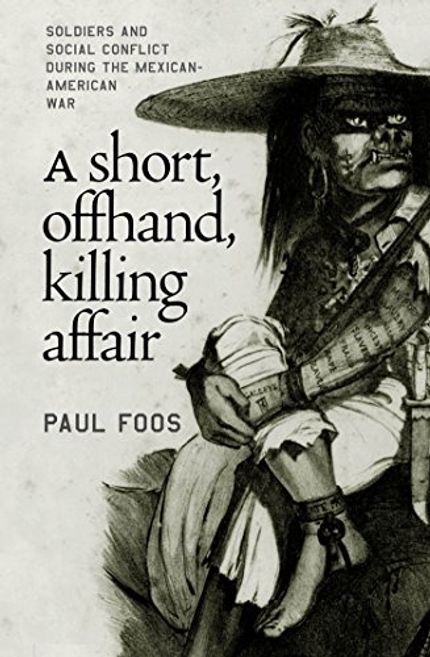 During the bloody conflict between the United States and Mexico, many U.S. soldiers deserted to join the Mexican army, both for moral reasons and due to rewards offered by Mexico. Among these, the most famous may be those of the Saint Patrick’s Battalion, 50 of whom were eventually executed for desertion after they were captured following the Battle of Churubusco. Heavily mythologized by both sides in the years since the war, this rigorously researched book tells the true story, as best it can be reconstructed nearly two centuries later, of these soldiers—who they were, why they fought, and what became of those who survived. 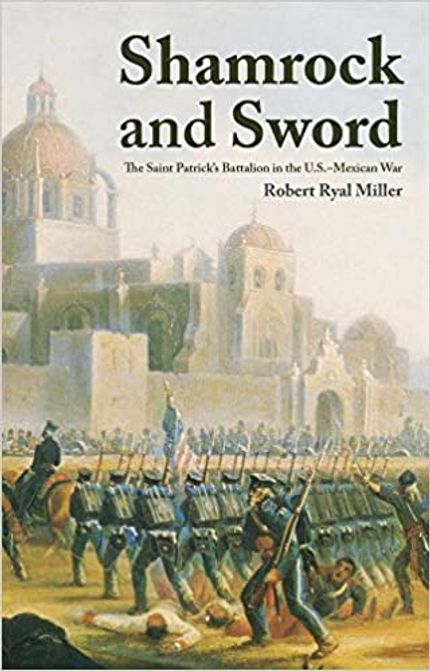 The memoirs of a cavalryman who served in the United States Army during the Mexican-American War, U.S. Dragoon tells the maybe-not-entirely true story of Samuel E. Chamberlain, who sought to become the very ideal of the wartime hero, and eventually joined a notorious band of scalp hunters led by John Glanton. While these memoirs paint Chamberlain as a larger-than-life figure embroiled in passionate love affairs and duels to the death, they also give us a rare firsthand account of life on the front lines of this frequently neglected conflict, even if that account is often as heavily mythologized as the war itself. 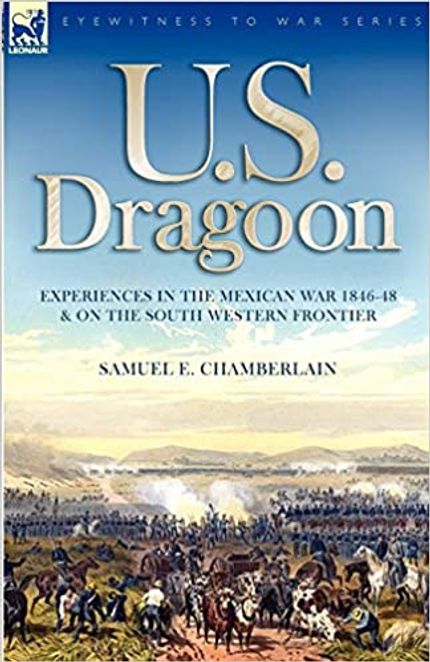 In this “thorough account of the cynical, opportune war with Mexico” (Kirkus Reviews), popular historian Joseph Wheelan argues that the Mexican-American War was America’s first thoroughly modern war, featuring new advances in weapons and technology, as well as reporters on the front lines bringing stories of the battles directly to eager readers back home. In addition to the causes and conditions of the war, Wheelan examines its legacy, and those who opposed the action in the United States, such as Ralph Waldo Emmerson and Abraham Lincoln. 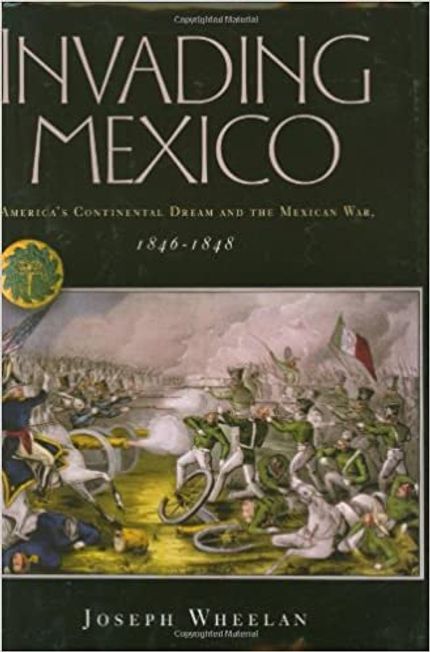