Escape from Holzminden: The Greatest POW Camp Break of WWI

During World War I, prisoner of war camps were all too common. If a pilot had to make a crash landing or somehow ended up in enemy territory, they were fair game. One of the worst of these camps was Holzminden—a German-run prison reserved for the British during the latter years of the war. Opening its gates in September 1917, it would only remain functional until after the war ended—just over a year later in December 1918.

The camp has been described as one of the worst in Germany at the time. Though it was mainly a camp that held British officers, there were other ranks imprisoned as well—and the harsh regime of Hauptmann (Captain) Karl Niemeyer often included bayoneting prisoners and withholding food.

Though a harsh POW camp, Holzminden is most famous for the prison break that took place on the night of July 23, 1918. Using an under-construction tunnel, 80 British prisoners planned to make their great escape that night. Unfortunately, the 30th escapee got stuck—preventing anyone else from getting through. But once on the other side of the tunnel, it was only the beginning for these brave men who were desperately trying to make their way back to Britain. Of the 29 that escaped, only 10 managed to make it to freedom.

In The Escape Artists, by Neal Bascomb, the author recounts their story of escape, survival, and hope. From Captain David Gray, who ignited the idea of escape through the tunnel, to Lieutenant Colonel Charles Rathborne—the only man to escape to freedom by train, the stories of these brave men intertwine in this exciting new read. 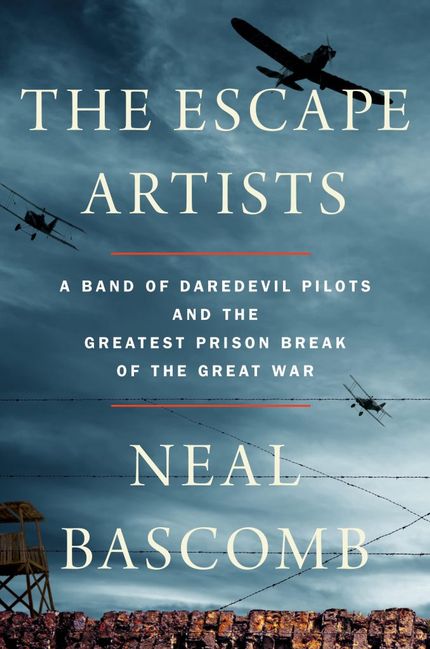 This post is sponsored by Houghton Mifflin Harcourt. Thank you for supporting our partners, who make it possible for The Archive to continue publishing the history stories you love.

Featured image of Kaserne B at Holzminden, with prisoners and guards: Wikipedia