30 years after the fall of the Berlin Wall, look back at the conflict that defined a generation.

Thirty years ago, on November 9, 1989, the Berlin Wall finally came down. The Wall had split the city between East and West for nearly three decades, serving as far more than a physical barrier. It acted as a symbol of the “Iron Curtain” and, indeed, of the Cold War itself. While the fall of the Berlin Wall may not have marked the exact end of the Cold War, it is perhaps the most significant event in the dissolution of that longstanding conflict.

Three decades later, the ghosts of the Cold War still haunt us. They affect our politics and our day-to-day lives in ways that we may not even realize. Images of the Wall continue to appear in our media, recently playing major roles in genre films like Atomic Blonde and Luca Guadagnino’s remake of Suspiria. So, what better time than the 30th anniversary of the fall of the Berlin Wall to learn a little more about the Cold War and the way it still affects us today? These 10 books will get you started…

Michael Beschloss on the Cold War

In these three riveting books, the man who has been called the “nation’s leading presidential historian” takes us through some of the most pivotal moments of the Cold War, from the complex relationship between Kennedy and Khrushchev in The Crisis Years to the negotiations between Bush and Gorbachev after the fall of the Berlin Wall in At the Highest Levels. Across three indispensable volumes, you get an “intimate and utterly absorbing” (The New York Times) account of the Cold War from its earliest years to its ostensible end with the fall of the Berlin Wall… and everything between. 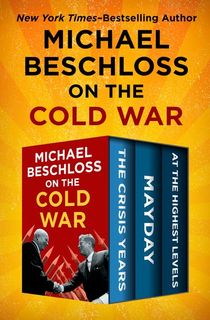 Delving into global conflicts? Sign up for The Archive's newsletter, and get our historical investigations delivered straight to your inbox.

It wouldn’t be a list of Cold War books without at least one or two books about spies, and this “absolutely smashing real-life spy story” (The New York Times Book Review) is one of the most gripping. Adapted into a 1985 film starring Timothy Hutton and Sean Penn, this jaw-dropping chronicle of a hard-partying genius who became an unlikely spy by selling classified CIA secrets to the Russian embassy in Mexico City will keep you reading long past your bedtime.

Related: The Romanov Family Beyond the Royal Tragedy: 7 Facts You May Not Know 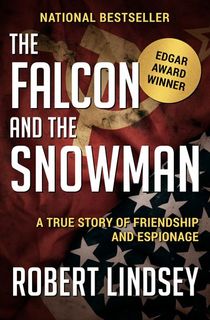 We tend to think of the Cold War as being between America, Britain, and the USSR—but it had far-reaching implications all over the world. In the winter of 1949, an American undercover expedition covertly entered Tibet in the hopes of arming the Tibetans and fostering Tibetan independence prior to the Chinese invasion of the country. Now, thanks to an American journalist based in Nepal, we can finally read the fascinating story that “fills a blank space in the hidden history of the Cold War,” according to the Houston Chronicle. 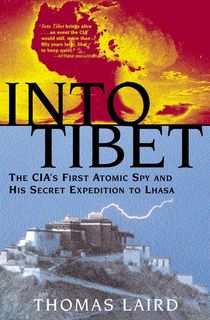 The Daily Telegraph called it a “gripping account of British Intelligence during the last days of Empire.” Using newly declassified documents and personal papers, Calder Walton tells the story of the secrets, sources, and methods of British Intelligence throughout the Cold War. From unsanctioned combat actions in the jungles of Kenya to the streets of Palestine, this impossible-to-put-down book has chilling implications for modern-day global politics. 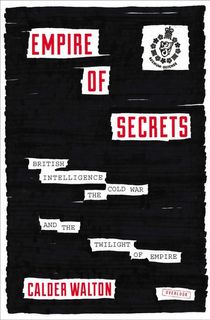 The Cold War affected everyday life in ways that most people probably didn’t even realize. In this thought-provoking book, author Christopher Simpson looks at how national security agencies helped to shepherd modern mass communication into existence through everything from marketing and public relations to interrogation and propaganda. 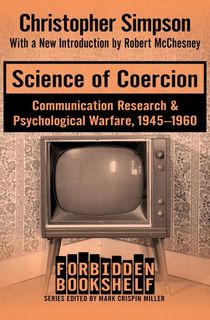 Gaddis has been called “the dean of Cold War historians” by The New York Times, so it only makes sense to include his insightful and far-reaching summation of this volatile period in global history. Beginning in 1945, when the United States and the Soviet Union went from allies to antagonists, Gaddis creates a crisply readable and brilliantly accessible account of the how and why of the Cold War, including everything from Nixon to Mao and from the Cuban Missile Crisis to the reverberations of the conflict in the present day. 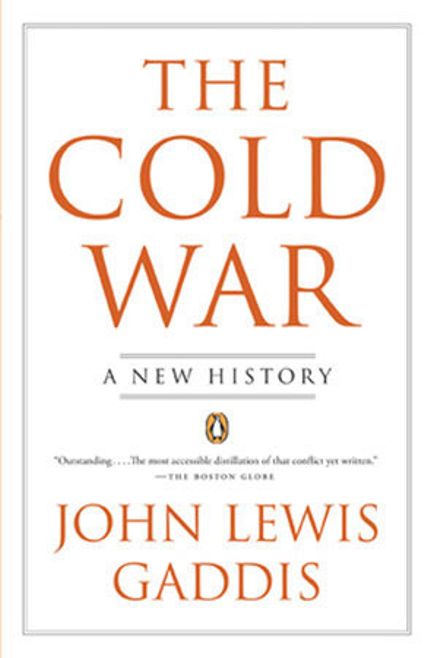 There are two things that define the Cold War for most people: spies and nuclear weapons. We already covered spies, and in Eric Schlosser’s sobering tell-all about the history (and chilling present) of America’s nuclear arsenal, we can explore the history of the Cold War through the lens of the weapons that defined the era and made the conflict possible. 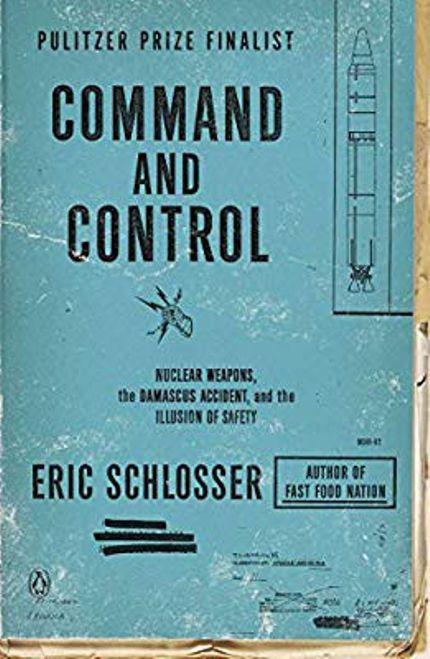 The Cold War: A World History

The Cold War is often seen as a conflict with the United States and England on one side and the USSR on the other. However, as prize-winning scholar Odd Arne Westad points out, the effects of the conflict were felt all over the world, as countries everywhere were forced to choose sides. In this globe-spanning account, he details how those choices shaped society and how they continue to affect global politics today. 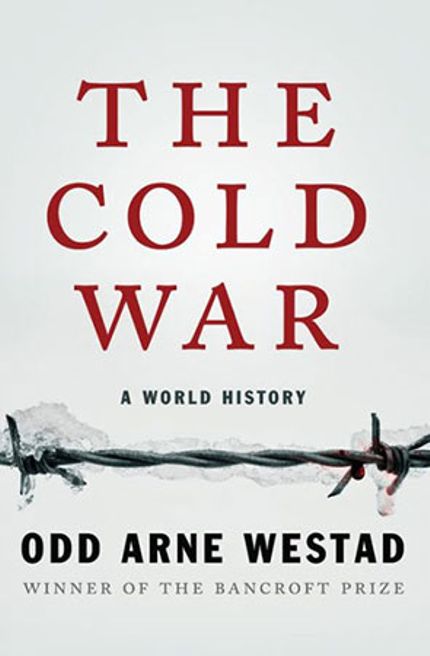 Delving into global conflicts? Sign up for The Archive's newsletter, and get our historical investigations delivered straight to your inbox.

Drawing on personal accounts from those who lived it, Pulitzer Prize-winning journalist Anne Applebaum describes how the Iron Curtain descended over Eastern Europe, and what life was like on the other side. From broad foreign and domestic policy to the unique morality and aesthetics of the Soviet Bloc, this National Book Award finalist recounts in vivid detail what the world was like for ordinary people during the Cold War on the other side of the seemingly impenetrable Iron Curtain. 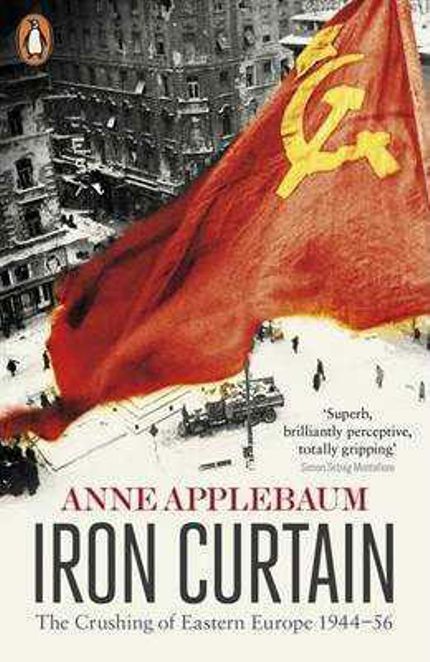 One Minute to Midnight

If there is one moment that defines the Cold War, it may be the Cuban Missile Crisis. In October of 1962, the world came to the brink of nuclear war as the United States and the Soviet Union faced off over the placement of Soviet missiles in Cuba. In this nail-biting book, Washington Post reporter Michael Dobbs takes the reader through an hour-by-hour account of perhaps the tensest days of the Cold War—and the closest the world has come to nuclear obliteration. 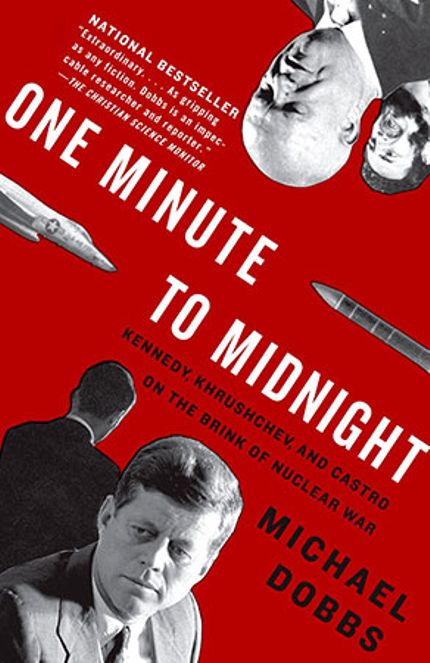