12 Christian History Books That Every World Scholar Should Read

No matter your religion or creed, these Christian history books will help you make sense of the world.

Regardless of where one stands on religious ideologies, it is hard to refute the significant social and cultural influences Christianity has had on the world for nearly two millennia.

It has produced great writers like C.S. Lewis, Sigrid Undset, and Sir Thomas More. It has bestowed on us philosophers such as Aquinas, whose works continue to be applied in modern academia.

It has instilled wonder in scientific-minded people like Fr. Georges Lemaître, who gave us the Big Bang theory and Gregor Mendel, who experimented with plant genes. The Faith has nourished peacemakers like Dorothy Day and environmental activists like Wangari Maathai, the first African woman to receive the Nobel Peace Prize.

Christ-centered beliefs have been at the heart of many movements, disputes, and dialogues in recent centuries. Yet, Christianity didn't always possess the ramparts of social acceptance it appreciates in the Western world today. After rising out of a decaying Roman Empire, the Church grew in global proportions.

Now, in the 21st century, millennials and boomers alike can look in retrospect at countless biographies of renowned Christian figures—people who felt they had a vocation to truth, however it shaped their lives. Many of these people went out into the world and wanted to change it for the better.

The following books offer some terrific insight into Christian history: its founding and dissemination, its influence, and its interaction with other religions.

The Case for Jesus

If you're looking for an engaging read with deep context on the essential documents of Christianity, The Case for Jesus is a great place to begin. It delves headlong into the origins of the Gospels, their authorship, and their significance within Christian tradition.

The book also explores, in part, how the Gospels relate to the Old Testament and how the Judaism of the day interpreted the coming of the Messiah. In another book, Jesus and the Jewish Roots of the Eucharist, Prof. Pitre shows his readers the religiously and culturally Semitic dimensions of Christ. Both serve as intriguing works, complementing one another. 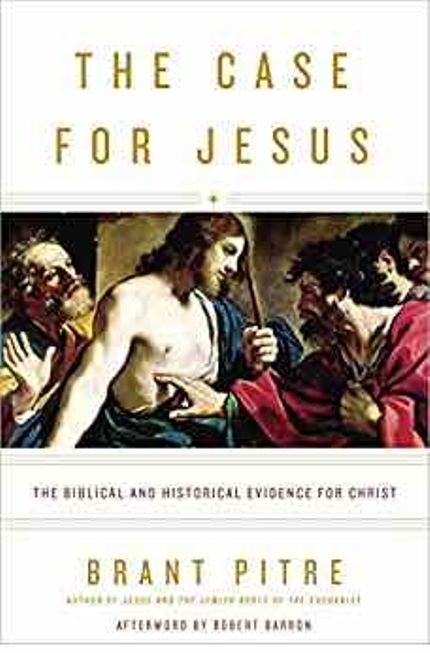 Ten Popes Who Shook the World

Just as the C.S. Lewis book Mere Christianity was based on a series of interviews he did with the BBC, so too is Duffy's work. In a series of talks with the BBC, Duffy discussed ten popes who had greatly contributed to the shaping of the modern world. He has replicated this presentation in Ten Popes Who Shook the World.

Papal influence, in this past century and beyond, can be detected in many social arenas. Their work has been responsible for maintenance on historical Roman architecture, the formation of the widespread Gregorian calendar, and advancements in inter-religious relations. In his book, Prof. Duffy takes a look at some of the chief accomplishments of a careful selection of popes. Among them are such grand 20th-century figures as the witty John XXIII and John Paul II, the latter of whom engaged the humanities and sciences passionately. 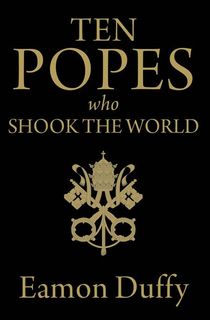 In recent years, there has been a growing popularity for exploring the life of St. Paul. The feature film Paul: Apostle of Christ and the BBC's docuseries In the Footprints of St. Paul, hosted by David Suchet, prove there's a screen audience eager to learn about this man, his background, and where his newfound faith in Christ took him.

Historian Ernle Bradford explores many of the paths and events Paul tread in his lifetime. This sweeping biography follows the conversion and subsequent evangelization on the part of Paul – the connections which prompted so much of his letter-writing to various pockets of Christianity spread throughout Asia and Europe. These epistolary writings would become definitive inclusions of the New Testament of the Bible. 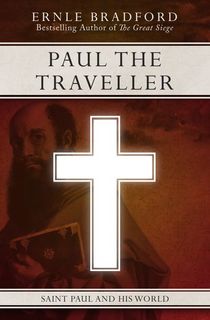 Sign up for The Archive's newsletter to receive exclusive history book deals and tales from the past.

The Templars: Knights of Christ

Written by French historian and writer Régine Pernoud, The Templars: Knights of Christ strives to take the reader on a recovery of the lost truths behind the Templar group. Through concocted confessions which were then widely dispersed, the Templars gained an illegitimate notoriety for vice. Centuries later, Pernoud attempts to expunge the falsehoods and rediscover the authentic history of the Templars. 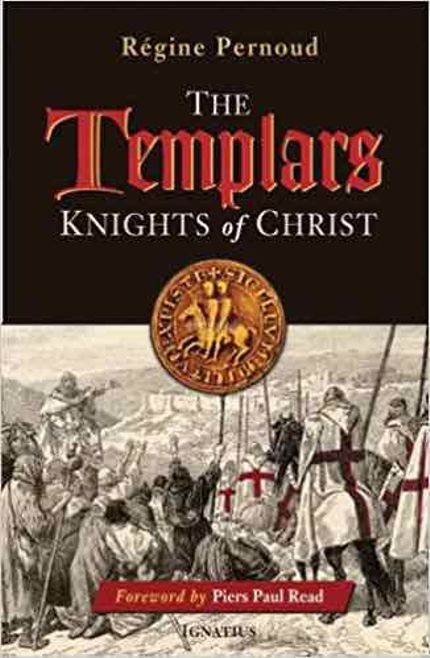 The Battle for Christendom

In this book, historian Frank Welsh takes a finely-focused look at a few decades in European history, the 15th century to be precise. (In this way, it's similar to William Manchester's The Glory and the Dream, which highlights a few decades of the 20th century in the United States.) Welsh's book examines the details of the decisive Council of Constance, often considered the ending mark of the medieval period, and the battles which developed in the following years. Welsh documents this crucial series of events occurring between 1414 and 1453.

A History of the Protestant Reformation in England and Ireland

A History of the Protestant Reformation in England and Ireland

This volume is, without a doubt, the oldest work included in this list. Written in the 1820s, the book was penned by Protestant journalist and politician William Cobbett. His book undertakes the task of venturing into English religious history, spanning over 300 years from the early 16th century to the early 19th century. It takes a look at pre-Protestant Christianity and their eventual divide and split from the Roman Catholic Church. 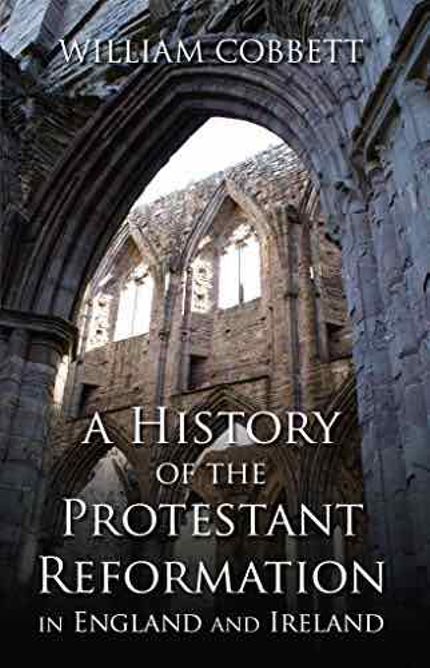 A History of the Church in England

A History of the Church in England, differing from the previous entry in our list, focuses specifically on Christian developments with Great Britain. Its author, John Moorman, was the Anglican bishop of Ripon. His book goes far deeper into England's Christian past than Cobbett's, first exploring the centuries leading up to the Protestant Reformation. Moorman's book closes its story with an analysis of modern Christendom (the early 1970s) in his home country. 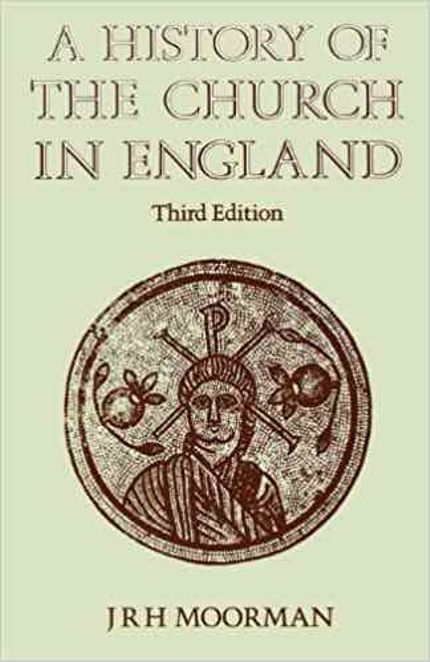 The Reformation was a continent-wide event within Christianity. England was not the only country that witnessed what was seen as a radical transformation in religious allegiance. In France, the native sect of Calvinists was referred to as the Huguenots. It's a history of this group which Geoffry Treasure's book presents. It also deals with bigger issues such as religious freedom (especially for the Huguenots) as implemented by law, the persecution of the Huguenots, and the European flight of thousands of Calvinists. 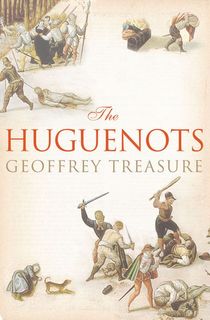 Robert Reilly's America on Trial: A Defense of the Founding is a significant work which thoroughly analyzes the Christian comprehension and worldview of the Founding Fathers of the United States. More than that, it demonstrates how society rose out of a cosmological, pantheistic conception beginning first with the musings of Greek philosophy. The philosophical world was then followed by Judaism and ultimately Christianity. It is Christianity, Reilly argues, that allows for the formation of constitutionalism. He explores how Christianity is a key building block of America.

Sign up for The Archive's newsletter to receive exclusive history book deals and tales from the past.

Bearing the Cross is a book that dives into Martin Luther King, developments in Christianity in the South, and the civil rights movement championed by King. Written by American historian David Garrow, the prestigious book was compiled from a series of several hundred interviews and even took home a Pulitzer Prize. It serves as an enlightening exploration into the life and work of one of America's most-beloved advocates for justice. 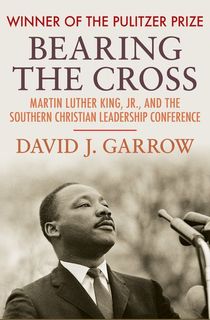 How to Understand Islam

How to Understand Islam

Though not dealing directly with Christianity, How to Understand Islam sheds light on Muslim origins and culture—through a Christian lens. Jomier goes to great lengths to explain the religion-steeped milieu in which Muhammad found himself in Mecca and how certain Jewish and Christian ideologies are reflected in the religion of Islam. In the book, the reader is also introduced to stories about Muhammad's experiences with people of pre-existing religions and his desire to convert others to his newly-formed beliefs. 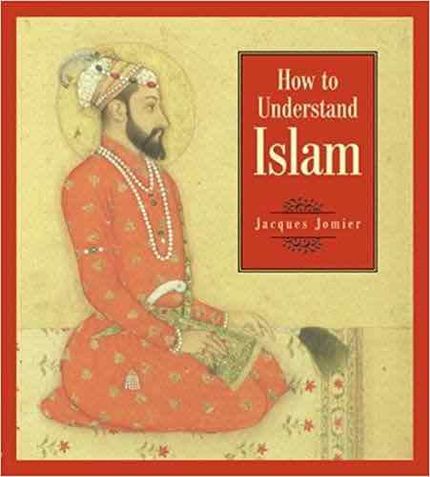 Letter to a Suffering Church

Letter to a Suffering Church

A minuscule volume, Letter to a Suffering Church, though venturing into the realm of both spiritual and judicial solutions by its climax, is an important work that looks at the abuse scandals within the Roman Catholic Church. Written by popular media figure Bishop Robert Barron, the book takes a concise but broad, scathing yet redemptive (and reformative) look at sexual misconduct within the Church's hierarchy both in recent decades and down through the centuries.