After months of conflict, Allied forces forced German troops to retreat from Rome on June 5, 1944.

The Italian Campaign of World War II was home to some of the most brutal battles of the Western Front. From its beginning with Operation Husky’s invasion of Sicily until the final surrender of Germany in 1945, as many as 70,000 Allied troops and 150,000 German troops were killed in combat. With another 150,000 Italian civilian lives lost, there’s no question that the morass was brutal.

The Battle of Anzio, which lasted from January 22 to June 5, was perhaps a key example of the ways in which the Italian campaign frequently and unnecessarily became drudged in death. With plans for an amphibious landing, American and U.K. troops were relying on surprise to overwhelm soldiers from Germany and the Italian puppet state. Unfortunately, the attack’s key leader, Major General John Lucas, was too cautious by far to take advantage of the initial surprise and push through the German troops quickly.

As Lucas’s troops prepped for further encounters, so too did German troops. This allowed the Germans enough time to maintain heavy fighting for well over a month, costing thousands of lives that may have been spared in a more decisive outcome.

Eventually, after Major General Lucas was relieved from duty, American forces broke out in May, then turned to Rome to liberate the capital city, marking the beginning of the end of the Italian Campaign—and World War II in Europe.

In the following excerpt, Lloyd Clark explores one of the moments in which British and American forces, after slogging through long weeks of shelling on the beaches of Anzio, finally began to break through.

Read on for an excerpt of Anzio, then download the ebook! 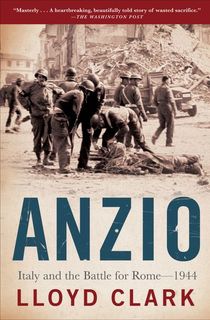 Everything was set for a surprise attack. The deployments had gone well – there was a three to one superiority in the Cassino sector and two to one on the Garigliano. Fine weather had dried out the ground and German intelligence had not noticed anything out of the ordinary. Indeed, the day before Operation Diadem was launched, Kesselring was led to believe that an Allied strike was not possible before 24 May. In such circumstances the Field Marshal had no objections to von Vietinghoff flying back to Germany on the evening of 11 May to be personally decorated by Hider. The XIV Panzer Corps’s commander, Lieutenant General Fridolin von Senger und Etterlin, was already on leave as was his chief of staff and General Siegfried Westphal. The timing could hardly have been more fortuitous. On the morning of 11 May the Prime Minister cabled Alexander, ‘All thoughts and hopes are with you in what I trust and believe will be a decisive battle, fought to the finish, and having as its object the destruction and ruin of the armed force of the enemy south of Rome.’ To which Alexander replied:

All our plans and preparation are now complete and everything is ready. We have every hope and every intention of achieving our object, namely, the destruction of the enemy south of Rome. We expect heavy and bitter fighting, and we are ready for it.

That evening Alan Brooke wrote: ‘Tonight at 11 pm the Italian attack starts. I pray to God that it may be successful. A great deal depends on it.’ Both Churchill and Brooke were well aware that Diadem could very well prove to be their final Italian gambit.

The Cassino front exploded into action before midnight on 11 May when more than 1,500 guns fired the first of several million shells in support of Operation Diadem. The air rumbled, the ground tremored and out of the darkness the infantry rose up and struck. The Tenth Army beat away Alexander’s renewed advances. In the Eighth Army the Polish Corps failed to take the monastery and XIII Corps struggled to obtain a foothold over the Rapido and Gari Rivers. In Fifth Army, the II Corps attack near the mouth of the Garigliano stalled, but the French Expeditionary Corps made significant progress south of the Liri and quickly drove behind enemy lines. General Alphonse Juin’s specialist mountain troops had ripped a hole in the Gustav Line just where it was least expected and XIV Panzer Corps quickly began to lose its cohesion. As it did, II Corps began to make progress towards Formina again. Meanwhile, XIII Corps’s tenacity was rewarded with a three-mile advance into the Liri Valley which unhinged LI Mountain Corps at its southernmost point. By 16 May, the Tenth Army was beginning to crumble and that evening Alexander signalled Brooke, ‘we can now claim that we have definitely broken the Gustav Line.’ Kesselring acknowledged the fact too and telephoned von Vietinghoff advocating a withdrawal to the Hitler Line with the immortal words ‘we shall have to give up Cassino’. Within an hour Tenth Army had issued directives for a general withdrawal and the bastion on Monte Cassino was prepared for evacuation – it fell on 18 May. Diadem had drawn first blood and the Germans if not reeling, were stunned. By this time the missing commanders had returned, but it was too late. Albert Kesselring was later to write, ‘I look back on those days in horror.’

On 19 May, with II Corps just forty miles from the Anzio beachhead, Clark received an instruction “from Alexander to attack ‘from the Anzio bridgehead on Cori and Valmontone’ no later than the morning of 22 May. This was eventually postponed by twenty-four hours, but its aim did not change. The crystal clear order was Alexander reminding his subordinate that he was unswerving in his ambition to trap and destroy Tenth Army. The news that VI Corps was soon to strike out of the beachhead for Valmontone was greeted with delight in London. The offensive was progressing well, and Alan Brooke allowed himself a rare moment of optimism when he wrote the following day:

Alexander’s news of Italian fighting continues to be excellent. Thank heaven for it! I have staked a great deal on the Italian campaign in all our arguments with the Americans. I felt throughout that we had wonderful opportunities of inflicting a real telling defeat on the Germans which would be worth anything in connection with the cross Channel operations. The only danger was that the Americans should “have their way and plan to withdraw forces from Italy at the critical moment. They nearly succeeded in ruining our strategy, and now I pray God we may be allowed to reap the full benefits of our strategy!

By this time the Germans were in retreat all along the Tenth Army front. They filled the Hitler Line opposite Eighth Army, but were too late to stop Fifth Army bursting through the position. Clark hoped that Leese would now make an assault before the Germans had a chance to establish themselves in their new defences, but he was to be disappointed. The Eighth Army was to take a couple of days to prepare for a set piece battle. Was this a British ploy to get the Americans to break Tenth Army prior to entering Rome themselves? Clark believed that it was and became more convinced than ever that he would have to be bold if his men were to enter the capital first. The momentum that Leese regained after eventually breaking through the German defences on 23 May was still not enough to convince Clark that the Bri“tish were putting all that they could into the offensive. Despite the arrival of the two German reserve divisions, Fifth Army continued to make excellent progress, so why was Eighth Army so sluggish? Was Alexander allowing the French to clear the way for Leese prior to an Eighth Army dash for Rome? As Clark developed his conspiracy theories, Tenth Army seeped away towards the Caesar Line moving in a north-westerly direction to join Route 6 east of Valmontone.

Related: The Ghost Army: How One WWII Unit Fooled the Entire German Army

At Anzio, there was an intensity to the atmosphere that had been missing for several weeks. The comings and goings at the various headquarters increased in frequency as the day of the VI Corps offensive drew nearer, and their staffs worked longer hours to ensure that the breakout was a success. Lucian Truscott had been driven round the beachhead in his jeep, right leg hooked laconically over the door. He was pleased with what he saw. On 22 May he arrived at 5th Division’s headquarters – ‘a shabby collection of tents full of sand near the beach’ – to talk with Major General Gregson-Ellis. Major Kenneth Wright remembers the visit:

The Corps commander turned up in a gleaming helmet and the most decrepit pair of boots I have ever set eyes on. He was all smiles and bon ami. We had been working incredibly hard putting together our attack and were tired. Truscott was like a breath of fresh air – actually, more like a whirl wind – it was just what we needed ... As he left he made a little speech. The Germans are gonna take one hell of a beatin’. It might take some little while to crack them, but then we’ll be moving. Our boys are ready for this. They’ve waited a long time . . . I’ve no doubt that we’ll stop the enemy in their withdrawal and crush them. No doubt at all.’ With that he got back in his jeep and sped off. He was inspiring, and we all expected a great victory. 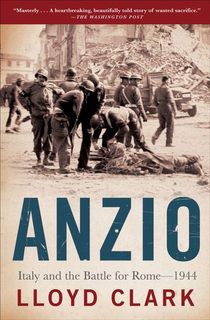