9 Torture Methods of the Ancient World

From the heretic's fork to being eaten alive by insects, these grisly old torture methods prove that humans have always been brutal.

Getting a confession is never easy, and putting someone to death leaves room for lots of creativity. The following grisly torture methods and executions of the ancient world were designed to humiliate and dehumanize victims in their final moments. Which do you think is the most brutal? 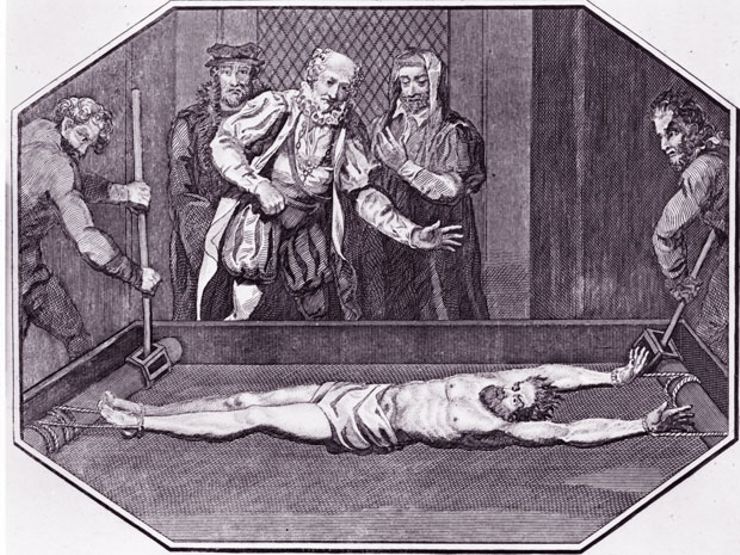 The victim’s ankles would be strapped to one end of this device, and his wrists to another. A mechanism was then cranked during the interrogation process, stretching the victim’s limbs. Bones and ligaments made startling sounds as the victim’s joints were dislocated until he either confessed or was torn apart.

Widely used during the Middle Ages in order to obtain confessions, the Judas Cradle was feared throughout Europe. A victim was strapped into restraints and lowered upon a chair with a pyramid-shaped seat. With each insertion the point of the “chair” slowly tore at the anus or vagina, often inducing septic shock or death by impalement. 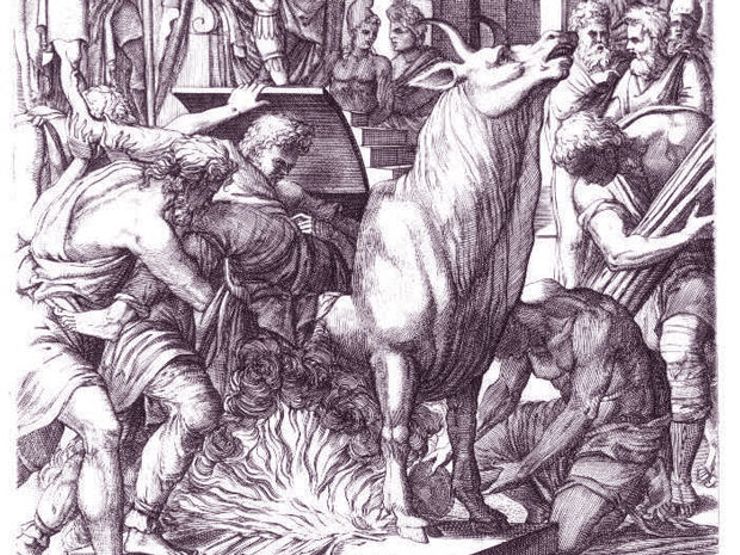 The closest thing to hell on earth may very well be the Brazen Bull. Cast in bronze to look exactly like a bull, the structure was complete with a door on the bull’s abdomen through which a victim was forced. Once inside, the door was locked, and the statue was heated like a hot pot on the stove until the person cooked to death.

Used for confessions during the Spanish Inquisition, the heretic’s fork was even engraved with the Latin abiuro (“I recant”). Bi-pronged on both ends, the simple device was wedged painfully between the breastbone and the throat. The victim was unable to talk or fall asleep, and delirium usually led to a confession. 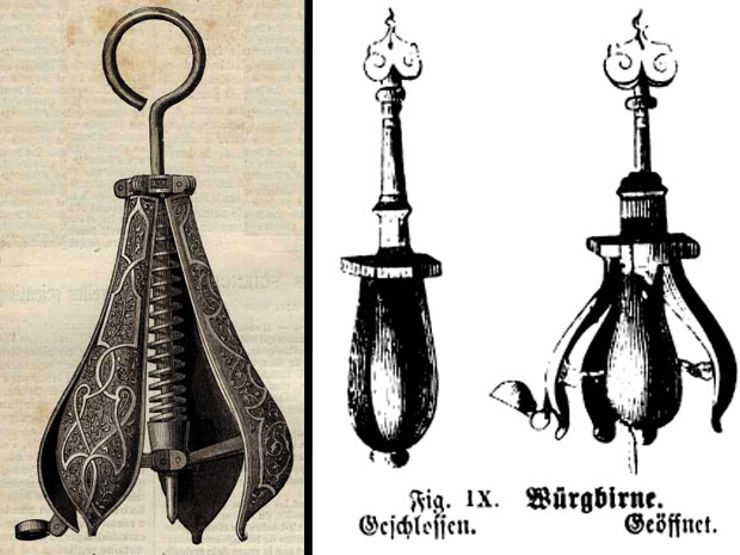 This device was reserved for women, homosexuals, and liars. Shaped like a ripe fruit, the Choke Pear was of intimate design—literally. Once inserted into the vagina, anus, or mouth, the device (which had four sharp metal “leaves”) was cranked open. The leaves expanded wider and wider, mutilating the victim.

Want to delve more into the ancient world? Sign up for The Archive's newsletter and dive deeper into the mysteries of the past.

Although there were numerous approaches to rat torture, the most common was to start with a restrained victim. A rat was set atop his body and covered by a container. Heat was then applied and the rat would desperately start clawing for a way out—and the only way was through the body. The rat would dig and dig, slowly burrowing into the person until death. 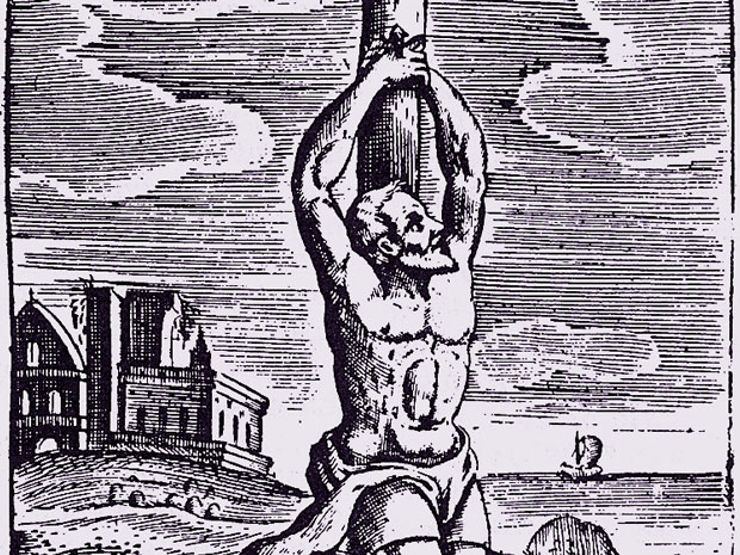 Although today a symbol of the world’s largest religion (Christianity), crucifixion was once a brutal form of humiliating death. The victim was nailed to a cross or pole—often in public—and left to hang bleeding from his wounds until septis, starvation, or exposure finally set in. Death sometimes took over a week to arrive. Scarily enough, crucifixion is still used today (albeit infrequently) by ISIS, and in places like Burma and Saudi Arabia.

Death by being eaten alive—literally. The victim was placed in a hollow tree trunk or boat and force-fed a mixture of milk and honey until he developed diarrhea. After that, he was unclothed and covered in more milk and honey. He was then left to sit in his own waste as insects came to feast on him. Death usually came from dehydration, septic shock, or gangrene. 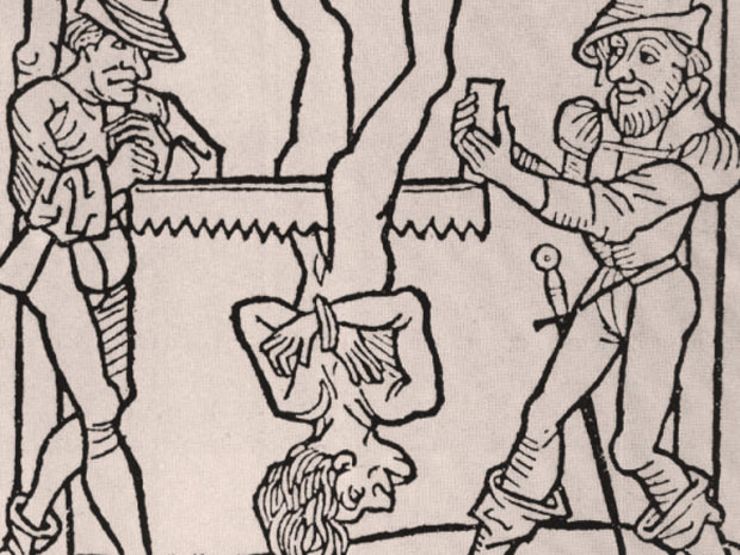 9. Saw Torture
Origin: Various part of the the ancient world

Everyone from the Persians to the Imperial Chinese practiced some form of death by sawing. Often the victim was hung upside down (thereby increasing blood flow to the head) and a large saw was placed between his legs. The executioners would slowly cut the person’s body in half, drawing out the process in order to make death as painful as possible.

Want to delve more into the ancient world? Sign up for The Archive's newsletter and dive deeper into the mysteries of the past.