The Real Terry and the Pirates: How the Sino-Japanese Struggle Became America’s War

A seminal cartoon presaged the American entrance into the Pacific Theater.

Day after day during the 1930s, the Greatest Generation’s favorite cartoonist Milton Caniff brought China’s war to American newspaper readers with his classic comic Terry and the Pirates. Terry, the main character, was only a boy when Caniff started out on his oeuvre, spending years moving from one exotic Chinese adventure to the next.

As the decade wore on, the actual politics of the day became an ever more salient feature of the daily strip, and the Japanese, referred to only as “the invaders” in the comic, became an increasingly conspicuous presence. After December 7, 1941, Terry, now a young man, enlisted in the US Armed Forces and fought the Japanese as a pilot over thousands of newspaper pages throughout WWII until victory in 1945.

In the same way that Terry’s comic-strip struggle with the Japanese escalated as the war clouds over the Pacific grew darker and denser, America, too, was slowly but perhaps inevitably dragged into war with Hirohito’s Empire. The very popularity of Terry and the Pirates betrays the fact that the American public was fully aware of the murderous war between China and Japan, beginning with localized, low-intensity conflict in 1931, and escalating into full-scale hostilities in 1937 when China’s largest city Shanghai and then its capital Nanjing became battlegrounds.

Indeed, Terry’s exploits, along with other works of fiction set in China during the decade, probably even primed the Americans for the possibility that China’s fight might one day become theirs, too.

The growing likelihood of American participation in the war was also becoming painfully obvious to the Japanese. Throughout the 1930s, the Japanese fought for dominance of Northeast Asia while constantly keeping an eye on US reactions. As the Japanese conquered first Manchuria and then China’s most prosperous provinces along the eastern seaboard, they thought they were fighting for their own survival.

The modern science of demography, a subject which Hirohito himself had studied in detail as a boy, had taught them that their small home islands could not in the long run sustain a rapidly expanding population. They needed Lebensraum in Asia, they thought. But as they brought more Chinese territory under control, they inevitably risked American wrath.

The historical background was long and complex. United States had a special relationship with China going back to the late Qing Dynasty. The reasons were obvious and had partly to do with numbers.

Related: Japan's Attempt to Recreate Pearl Harbor Failed at the Battle of Midway

There was the proverbial population of 400 million that could make you rich beyond your wildest imagination if you managed to sell each of them a shirt, or just a slightly larger shirt than otherwise. This was an invitation to American capitalism to prosper abroad on an even more magnificent scale than it had prospered at home.

However, the lure of China went beyond money, for it was a magnet for merchant and missionary alike. The 400 million customers waiting to buy American products were also 400 million souls waiting to be saved.

The Sino-US relationship had been stormy, but it had a depth which meant large parts of the American public were paying attention when China started falling under the Japanese yoke. Equally importantly, strategists in Washington were paying attention to what Japan’s voracious empire was doing to the balance of power in the Western Pacific.

Arguably, the overall weakness of China, and perhaps especially its failure to develop a major naval capability, had left a power vacuum in that part of the world. Until the early 20th century, no power held sway, and every empire accepted sharing economic opportunities and political clout in China with other empires.

By the 1930s, Japan was destroying this careful arrangement, making itself virtual colonial master of eastern China, and placing itself on a trajectory towards regional dominance of all of East Asia. This was a situation which the United States could under no circumstances accept.

Thus, the major players were emerging in what was to become the bloodiest and most wide-ranging war the Asian Pacific had ever seen, all of them being dragged into the conflict with the inexorability of a Greek tragedy: the Japanese who wanted more geographical space to prosper, the Americans who defended interests they deemed vital, and the Chinese who mostly did the dying and suffering on an unimaginable scale.

Everyone expected a war of the great Pacific powers; no one wanted it. The United States opted for putting growing pressure on Japan to withdraw from most of its conquests on the Asian mainland, and it increased the pressure to the maximum level, including most importantly with a steadily widening oil embargo, in hopes that this would be enough to force Japan to back down. The Japanese decision-makers were faced with the choice of either caving into American demands, a loss of prestige and authority from which the regime believed it might never recover fully, or going to war.

The Japanese chose war, even though many of them, perhaps most, tacitly resigned themselves to the fact that they probably would lose it. They were right. Arguably the Japanese Empire lost the Pacific War on December 7, 1941, at the time when the first pilot fired the first bullet over Pearl Harbor.

They were attacking an enemy who was their superior from the outset, and who was prepared for war. The vast industrial might of the United States was already in the process of being mobilized for global conflict. Just as important, a cohort of young men, the Greatest Generation, were mentally ready. Many of them had been avid boyish readers of Terry and the Pirates. Now, like their cartoon hero, they put on the American uniform and went to war for a better world of tomorrow.

Peter Harmsen, a foreign correspondent in East Asia for two decades, has worked for Bloomberg, the Economist Intelligence Unit, and the Financial Times. He is also the former bureau chief in Taiwan for French news agency AFP. His books have been translated into Chinese, Danish, and Romanian. His latest release is Japan Runs Wild, 1942-1943, exploring the moment in which Allied forces became certain of winning the Pacific Theater. 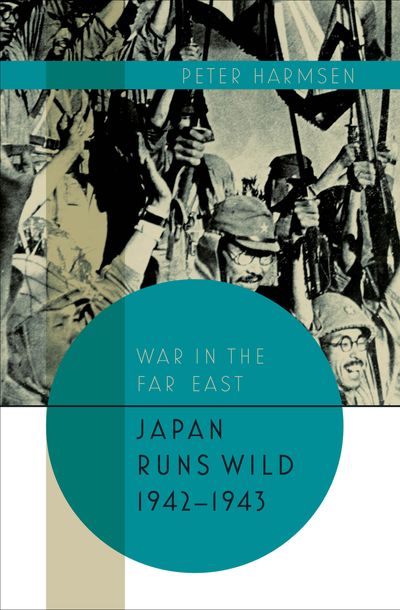 Feature photo: Terry and the Pirates, Issue #4 via My Comic Shop