Shanghai 1937: A Behind-the-Scenes Look at the New Documentary

I’ve been making television programs in and about China for more than 25 years. During that time, I’ve travelled through many places in the country. Still, the place in China I know best is Shanghai. In part, that’s because of a documentary I shot there in 2006. Titled So Very Far From Home, the film looked at the lives of young American, British, Australian, and Dutch children who were civilian POWs in China during the years leading up to and through World War II. Their fictionalized stories were the basis of Steven Spielberg’s epic film Empire of the Sun. So if there was one place and one period of time I truly understood in China, it was Shanghai from the 1930s through the end of World War II.

Or so I thought…

Related: Jim Jamison: The U.S. Corporal Who Sought Out Scientists in Post-Nazi Germany

Reading Peter Harmsen’s book Shanghai 1937: Stalingrad on the Yangtze, I discovered just how much I didn’t know. Peter went beyond the usual source material to write this amazing book. Letters, diaries, personal memoirs—in both English and Chinese—were the starting point of a remarkable book. Peter not only covered all the major events of this era, he also told the story through the lives of those who personally experienced these events. 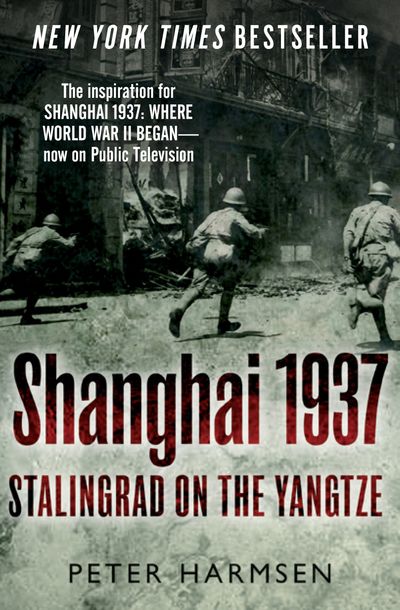 The Battle of Shanghai, fought from August 1937 until early November of that year, was the beginning of what became World War II. It set in motion events that still reverberate today. After a century of humiliation, and six years of “Incidents” staged by the Imperial Japanese Army, China at last “stood up.”

Reading Shanghai 1937: Stalingrad on the Yangtze inspired me to return to Shanghai, so that I could capture this unique story for American and global television audiences. Needless to say, the first person I contacted was Peter. He was beyond gracious in his assistance, putting me in touch with two Chinese historians who would become major characters in my film.

At the same time, I also sought out two internationally recognized experts on this period: Hans van de Ven, Ph.D. is a Professor of Modern Chinese History at the University of Oxford, and Edward Drea, Ph.D. is a highly regarded American military historian.

But perhaps the most important person I spoke with was Liliane Willens. Born and raised in Shanghai, she and her family were members of a community of stateless Russian Jews. They could live in Shanghai, but they couldn’t leave. She is one of the few living witnesses to the Battle of Shanghai.

Perhaps the biggest challenges I faced didn't involve language, culture, or distance. Rather, it was finding film footage to document an incredibly turbulent period in Chinese history. The U.S. National Archives proved to be an amazing source of still pictures and moving images. Not only was I able to review hundreds of hours of both edited and raw footage shot by American cameramen, but I also got access to countless Japanese propaganda films seized by the American military during the post-war occupation of Japan. Other footage turned up in American, French, German, and Italian film libraries, as well in the personal collections of amateur historians.

But finding the footage led to the discovery of another problem: Much of it, especially period newsreels, was mislabeled. Scenes from late in the battle were intercut with footage from the first days. Some footage wasn’t even from 1937, but was taken in 1932 when the Imperial Japanese Navy had stormed ashore and established a permanent military presence in Shanghai. I needed to sort all of this out if the final documentary was to be accurate.

This project was a typical “high-minded, but low-budget” Public TV endeavor. That meant Evgenia Vlasova and I drove a rental car last August from New York to Washington, DC, instead of flying, in order to record interviews with Liliane Willens and Edward Drea. It also entailed a footage swap with a British production company that was shooting an interview with Peter Harmsen in Copenhagen for a completely different project. They would record the answers to interview questions I wanted to ask, if I in turn could get footage of the foreigners section of a well-known Shanghai cemetery. They were looking for the final resting place of a British soldier who had died in during the Battle of Shanghai, and whose grave was “lost” for decades.

While in Shanghai during September 2017, Nancy Hanzhang Shen and I interviewed Su Zhiliang, Ph.D., a Professor of History at Shanghai Normal University. We also spoke with Ma Zhendu, director of the Second Historical Archives in Nanjing. Both are experts on the Battle of Shanghai, and agreed to participate thanks to Peter.

It’s not generally known that the first American civilians to die in what became World War II were killed in Shanghai on August 14, 1937. A week later, as the American naval vessel USS Augusta evacuated civilians from the war zone, an errant Japanese shell killed Seaman First Class Freddie John Falgout of Raceland, Louisiana. His death was front page news across the United States. Then he was forgotten. Only relatively recently was he acknowledged as the first American serviceman to be killed in World War II.

In late 2017, we began post-production—evaluating all of the footage and interviews we had amassed, then writing the script. In some ways, this was the most difficult part of the process, as we had to leave out so many fascinating—but not essential—aspects of the story. Every day, as I commuted to and from the New York Film Academy, I would sit on the train first reviewing transcripts and footage logs, then writing an edit script. Co-Producer Evgenia Vlasova assembled an initial “rough cut,” which then went through countless revisions.

After nearly eight months of editing, we had a documentary. Now all we had to do was get it distributed.

Fortunately, the people at American Public Television—a leading provider of programming to Public Television stations—believed enough in our project to not only agree to distribute it in the United States, but take it into the global market as well.

This month, my documentary Shanghai 1937: Where World War II Began, will begin airing on Public TV stations across the United States—check your local listings for exact dates and times. My only regret is that, because of time limitations, so much information had to be omitted from the final program. Fortunately, Peter Hamsen has written two books that fill in that gap. Shanghai 1937: Stalingrad on the Yangtze and Nanjing 1937: Battle for a Doomed City together provide unmatched insights into this period. Through the words of those who experienced these events firsthand—Chinese, Japanese, American, British, German, and others—you will come to understand how Shanghai in 1937 was a place of shattered lives, as well as enduring dreams. 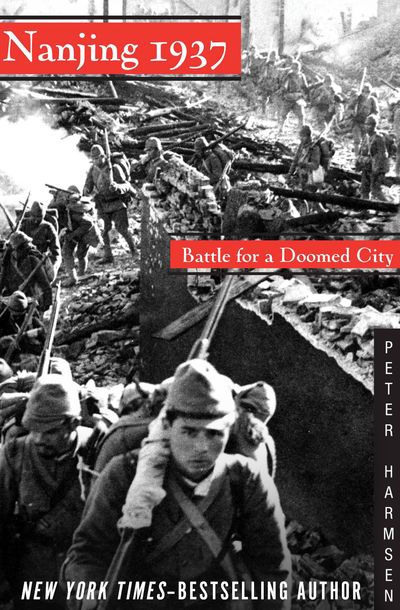 Bill Einreinhofer is the Chair of the Broadcast Journalism department at the New York Film Academy. A three-time Emmy Award winner, he has developed and produced programming for PBS, CBS, ABC, Discovery and HBO. His four-part documentary series tied to the 2008 Summer Olympics, Beyond Beijing, was seen in 43 countries by 250+ million viewers.

Featured image of Japanese defenders in the early stages of the Shanghai battle: Asahi Shimbun