8 Essential Texts About Napoleon Bonaparte and the Napoleonic Wars

Dive into some of history's greatest battles and the life of one its most famous generals.

When the French Revolution came to a close in 1799, Napoleon Bonaparte's rise to power was only just beginning. He was suddenly the First Consul of France, and this massive increase in political control came with an equally large increase in enemies across Europe. By 1805—a year after Napoleon crowned himself emperor—France took its first decisive action in the scuffles that would become known as the Napoleonic Wars. The conflict raged from the spring of 1803 to the fall of 1815, with Napoleon vying to bring Europe under one rule and Europe trying desperately to stop him.

The Napoleonic Wars can be divided into five parts, beginning with Austria and Russia’s Third Coalition. Their loss to French forces at Austerlitz in 1805 became known as Napoleon’s greatest victory, increasing his power and, consequently, Europe’s animosity toward the new leader. When the Prussian-led Fourth Coalition also failed in defeating Napoleon, a Fifth soon rose up and met the same fate. But the tables turned in 1813-1814 when Prussia, Austria, and Russia—the Sixth Coalition—sufficiently weakened the Grande Armée, invaded France, and forced Napoleon to abdicate his throne. The Hundred Days that ensued brought Napoleon to his knees once and for all: After a botched attempt at taking back France, Napoleon lost to the Seventh Coalition at the Battle of Waterloo and was sentenced to exile on the island of Saint Helena. While Europe healed in his absence, the once-great Napoleon Bonaparte lived out the rest of his days alone. He died in 1821, most likely of stomach cancer.

The years following the Napoleonic Wars were full of change: The main powers of Europe were more balanced, meaning monarchs like the Bourbons, though technically restored, never regained the power they’d once known. France was no longer the most dominant country in Europe, which allowed both Prussia and Britain to thrive as industrial and economic leaders. Nationalism, too, saw a major boom—despite the government's best efforts to subdue it—while Latin American colonies found independence from Spain at last. But the effect, overall, was a more unified Europe.

To get the best understanding of Napoleon Bonaparte and his quest for power, we recommend picking up one of the books below. Each one offers deeper insight into the conflict and its key players, often drawing from primary sources to paint the most accurate picture of what it was like to live before, during, and after the Napoleonic Wars. 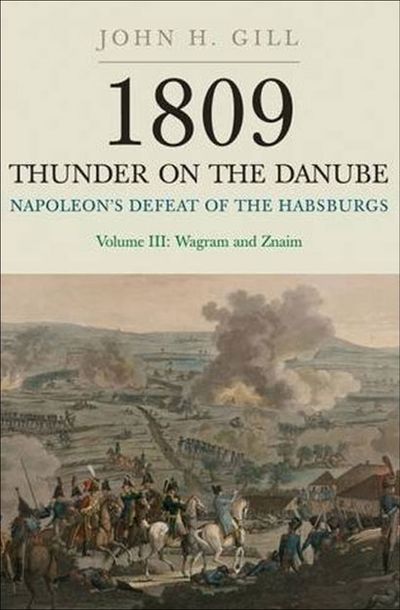 Napoleon's Defeat of the Habsburgs

This thoroughly researched account plunges readers into the first part of the 1809 Franco-Austrian War. Threatened by Napoleon’s increasing hold over Europe—but encouraged by his preoccupation with conflicts in Spain—Austrian foreign minister Johann Philipp Graf von Stadion began preparing the country for war against the French. Financial support was given to Austria by the British, allowing Archduke Charles to begin raising a bigger, better army. And in April of 1809, the Austrians finally invaded Bavaria to meet Napoleon’s legendary army. Though Napoleon technically secured the final victory days later, the battles along the way exposed the growing weaknesses in his forces. The first of three volumes about the Fifth Coalition, Habsburgs is an excellent starting point for those looking to gain a greater understanding of a pivotal moment in the Napoleonic Wars.

Napoleon's Defeat of the Habsburgs 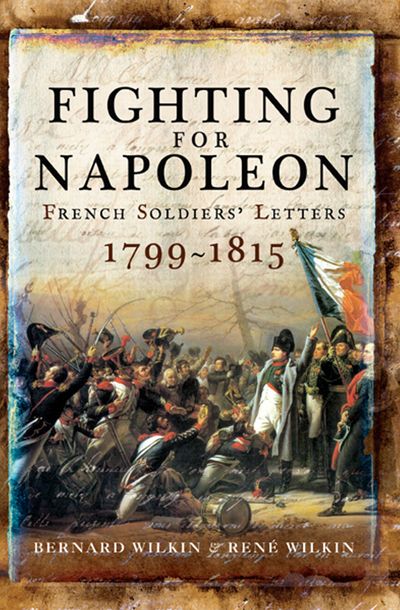 By Bernard Wilkin and René Wilkin

For a more personal take on the Napoleonic Wars, this captivating book by a father-son duo is a superb resource. A compilation of over 1,600 letters, Fighting for Napoleon is filled with the writings of real French soldiers—of both high and low rank—who fought on the frontlines of war and history. Each entry takes us deeper into the mindset and experiences of Napoleon’s Grande Armée, who underwent rigorous training, lacked food and pay for long stretches of time, and showed little hesitation when it came to acts of violence on the field. Tales of glory are accompanied by stories of hardship, offering a well-rounded snapshot of life as one of Napoleon's men.

Related: Scientific Analysis Reveals the 10 Best Generals of All Time

By Bernard Wilkin and René Wilkin 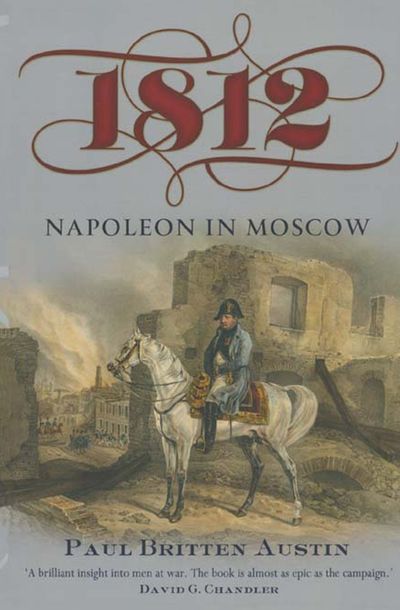 Dive straight into one of the most ill-fated campaigns of the Napoleonic Wars: the 1812 invasion of Moscow. With Napoleon and Tsar Alexander I both aiming for control of Poland, the two leaders initiated a months-long war that dealt a severe blow to the French military. Beginning in April, Napoleon led his army of 650,000 across the country, often emerging from battle victorious, all while losing men at disastrous volumes. By September, it was clear that nothing would persuade Tsar Alexander to surrender or entertain ideas of peace—so, having fruitlessly invaded Moscow, Napoleon’s army began its Great Retreat. It was a decision that only hurt them further. Between the relentless winter, the guerrilla attacks, and the Russian blockades, Napoleon's once mighty Grande Armée dwindled to just 27,000 men. This military failure is made all the more fascinating by Paul Britten Austin’s use of eyewitness testimonies, making 1812: Napoleon in Moscow a must-read for Napoleonic history buffs. 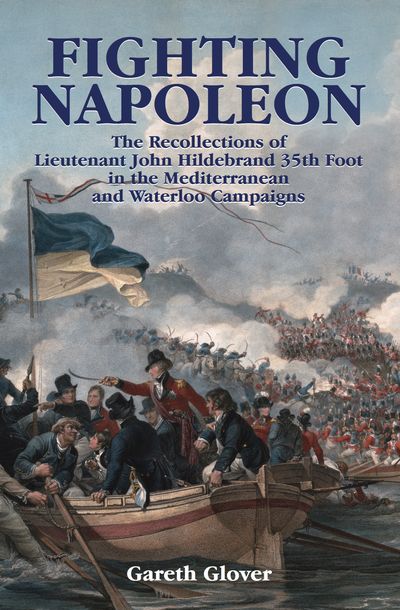 In Fighting Napoleon, Gareth Glover draws from the memoirs of Lt. John Hildebrand to paint a picture of the Brits’ Mediterranean campaigns between 1810 and 1815. First stationed in Malta, Hildebrand was part of several major conflicts—from the defense of Sicily to the Occupation of Corfu—until he was dispatched to Belgium after Napoleon escaped from his first exile in Elba. While Wellington fought in the definitive Battle of Waterloo, Hildebrand fought valiantly to defend the duke's flank at Hal, playing an essential role in ending Napoleon's bloody quest for power. This is a must-read for anyone eager to round out their knowledge of the Napoleonic Wars with a British perspective. 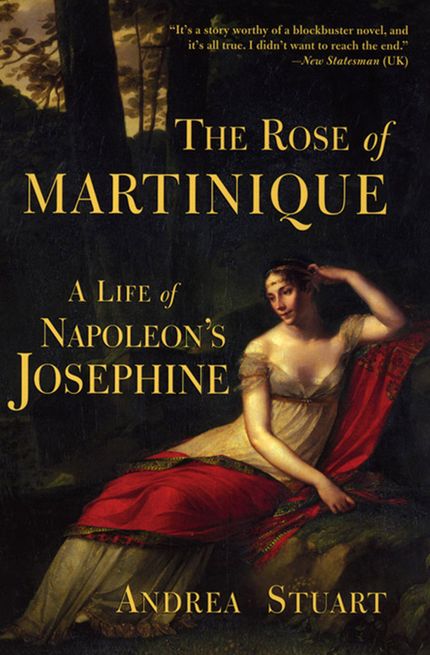 The Rose of Martinique

You know the saying: “Behind every great man is a great woman.” Such is the case with even Napoleon Bonaparte, whose partner—a headstrong woman he affectionately called “Josephine”—was his equal in every way. Empress Josephine, born Rose de Tasher, was the daughter of wealthy plantation owners in 18th-century Martinique. But when hurricanes laid waste to her family’s estate and finances, it became essential that she marry a man of means. She found just the gent in general Alexandre de Beauharnais, although theirs was a match made in the chaotic streets of Revolutionary France—not heaven. Not only was Alexandre a serial philanderer, his arrest during the Reign of Terror led to Josephine’s own near execution. But once widowed (Alexandre died at the guillotine) and freed from prison, Josephine picked herself up by the bootstraps and met a man whose spirit matched her own. The rest is, quite literally, history. Author Andrea Stuart outlines it all in The Rose of Martinique, an insightful look at a powerful woman whose story deserves its own spotlight.

The Rose of Martinique 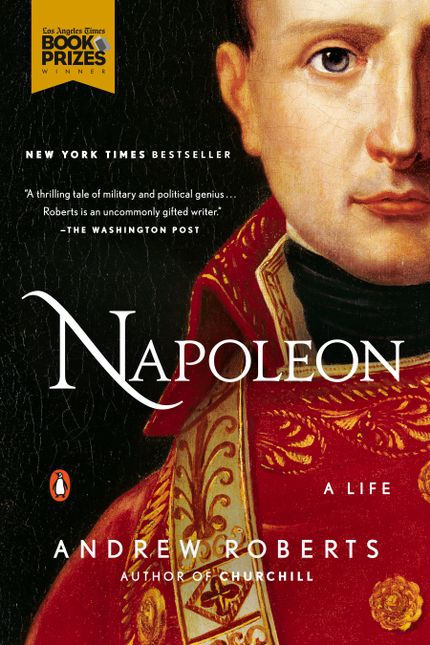 Like any person of stature, Napoleon Bonaparte has his share of detractors. The most passionate of these often cite him as a megalomaniac, a traitor to the Revolution whose selfish desire for dominance caused the deaths of millions. There is, after all, a reason why “short man syndrome” is sometimes called the “Napoleon Complex.”

But in Andrew Rob’s stellar biography of the great emperor, we see Napoleon as much more than a power-hungry fighter and ruler. Instead, readers are given a nuanced portrait of the man behind the larger-than-life legend—from his childhood in Corsica and education in France to his rise to power, personal relationships, and demise. Rob roots his study in Napoleon's own letters which, until the mid-2000s, were unavailable to other historians. The result is a New York Times-bestselling biography that is just as complex, unique, and brilliant as its famous subject. 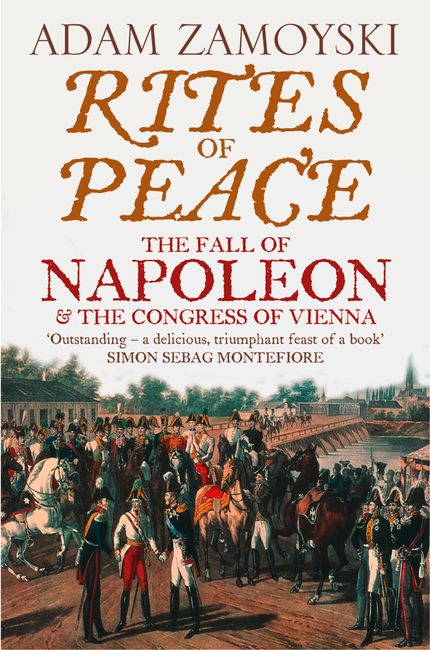 Rites of Peace: The Fall of Napoleon and the Congress of Vienna

As you’ll learn in Paul Britten Austin’s 1812, Napoleon’s attempt to wrest control of Moscow from Tsar Alexander I was the first step in his downfall. By 1814, he'd been mostly subdued—and all of Europe waited with baited breath for what would come next. After the Treaty of Paris brought an end to the hostilities between France and the Sixth Coalition, European ambassadors gathered in the Austrian capital for the 8-month-long Congress of Vienna. The goal? To establish long-term peace, prevent future revolutions, restore overthrown monarchs, and forge a more balanced Europe. But the road there was a long one—filled with parties, secret meetings, disputes, and fascinating players—and Adam Zamouski brings it all to life in this “fast-moving chronicle” about what happened before, during, and after the Congress of Vienna (Booklist).

Rites of Peace: The Fall of Napoleon and the Congress of Vienna 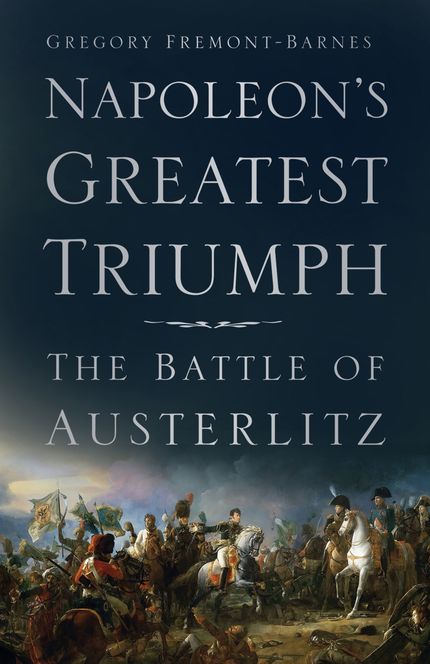 The year was 1805, and the Third Coalition—comprised of Austrian, Russian, and Prussian armies, with naval support provided by the British—moved against France’s Grande Armée. Outnumbered by the combined might of the Russian and Austrian forces, Napoleon’s 68,000 used clever tacts to secure the win, like luring the enemy with fake displays of weakness and false requests for peace. Not only that, but Napoleon’s were fiercely loyal, had earned their place within his ranks because of their skill, and used some of the most advanced weaponry. When the Grande Armée had successfully split the Coalition’s army in two, victory was not far behind. This informative volume analyzes the entire campaign—from the strategies used to the events that followed and to Napoleon's ongoing rise to power.