Miracle at Dunkirk: 8 Things You Probably Don't Know About the Infamous Evacuation

Christopher Nolan’s film brought Dunkirk back to life; but there’s more to the story than survival.

Dunkirk told the story of the very real-life battle that took place at the start of World War II. After Nazi German forces pushed the Allies back, they became stranded on the beaches of Dunkirk, France—with limited ships to transport them across the channel back to England and no way to get to them with cover (the harbor was incredibly shallow, making it nearly impossible for large destroyers to come anywhere near shore).

But on May 26, Operation Dynamo began, with newly elected Prime Minister Winston Churchill calling for help from civilians with their own vessels. Aided by nearly 400 smaller ships, 338,226 soldiers had been rescued by the end of the evacuation on June 4. But what happened after that—and to the men who were not evacuated? Here are eight things even WWII buffs may not know about the Battle of Dunkirk.

As Walter Lord recounts in his book, The Miracle of Dunkirk, “It’s hard to say exactly when Dunkirk officially fell. The Army Group B war diary put the time at 9:00 a.m. … X Corps said 9:40 … the 18th Army, 10:15. Perhaps the most appropriate time, symbolically anyhow, was the moment the swastika was hoisted on the eastern mole—10:20 a.m.” So even though the evacuation effort, termed Operation Dynamo, was a success, it did not mean victory for the Allies.

Some of these men were forced to march back to Germany—where they served as POWs until the end of the war in 1945.

Though some non-white actors can be seen in the crowd scenes, British and French actors fill all of the film’s speaking roles. The Royal Indian Army Services Corp companies were not only on the beach, but also helped transport supplies over areas that could not be accessed by the BEF’s (British Expeditionary Force’s) motorized companies. The French army at Dunkirk included soldiers from African colonies, who were crucial in the fight as well.

Nolan’s story is about the Allies’ survival, so we don’t see much of the Nazis in the film—apart from planes with faceless pilots and the few men who [SPOILER] capture a British pilot at the film’s end. Historically, after the Nazis surrounded the Allies at Dunkirk, Hitler commanded his forces to halt—and the reason behind that decision is still debated to this day.

The Phoney War began when Nazi Germany invaded Poland on September 1, 1939, and the United Kingdom and France declared war on Nazi Germany two days later. Though war had been declared, none of the Western Allies did anything for eight months—until Germany attacked France on May 10, 1940, just 10 days before the Battle of Dunkirk.

After the “Phoney War” came to an end, the Germans invaded the Netherlands and advanced westward. In response, the French army entered Belgium—hoping to engage with the Germans in the Netherlands—but by the time the French got there, the Germans had already crossed through most of the country—coming out of the Ardennes forest and then turning north towards the English Channel. Though the Allies tried a series of counter-attacks, they failed to stop the Germans and were backed into the coast on May 20, 1940.

Want to learn more about the Battle of Dunkirk and Operation Dynamo? Download Walter Lord's The Miracle of Dunkirk now. 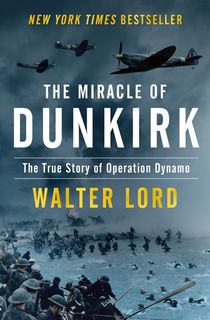