France’s Prolific Executioner: The Life and Death of Charles-Henri Sanson

He was one of France's most prolific executioners, having killed nearly 3,000 souls.

“The Great Sanson” was the fourth of six generations of Sansons to serve as executioners in their native France. He was by no means the first, but by far the most notable. Born in Paris on February 15, 1739, Charles-Henri Sanson was apprenticed to his father, Jean-Baptiste, before being made “Royal Executioner of France” on December 26, 1778. By the end of his career, he was known as the “High Executioner of the First French Republic” and had executed nearly 3,000 people—including the king himself, King Louis XVI.

Despite his aptitude, Charles-Henri reportedly had a lifelong aversion to performing executions. Unfortunately, executioners were such reviled figures that being born into a family of them meant being shunned by the rest of society.

The public knew families like the Sansons as Les Bourreaux—“The Executioners.” Schools refused to admit their children, and they were often forced to live outside of city limits. Bakers kept the executioners’ bread separate, so other customers wouldn’t feel their food had been tainted. The church usually refused to marry people from Bourreaux families, except to members of other Bourreaux families. Bourreaux were so ostracized, that by the time the practice was abolished in 1981, all active French executioners could trace their lineage to a handful of people.

In previous centuries, recruitment was so difficult that many towns and cities resorted, in desperation, to conscripting condemned prisoners, reprieving them in return for their services. The alternative, obviously, was to be next in line for whichever prisoner took the deal that they’d refused.

So, despite Charles-Henri’s hatred for his job, he had no choice but to do it. He also carried out some famous death sentences in his time. On April 25, 1792, at the Place de Gréve in Paris, he performed the world’s first execution by guillotine, killing robber Nicolas Jacques Pelletier.

Want to meet more of history's most curious figures? Sign up for The Archive's free newsletter and dive deeper into the mysteries of the past.

Charles-Henri also executed infamous figures from the French Revolution, such as Danton and Robespierre. As mentioned,“The Great Sanson” also guillotined King Louis XVI, at the Place de la Révolution in Paris on January 21, 1793. Considering his very first execution was that of Robert Francois Damien, who had attempted to assassinate the King, the irony is thick.

Charles-Henri attended the execution of Marie Antoinette, but the distinction of actually executing her fell to his son Henri, fifth in this deadly dynasty. 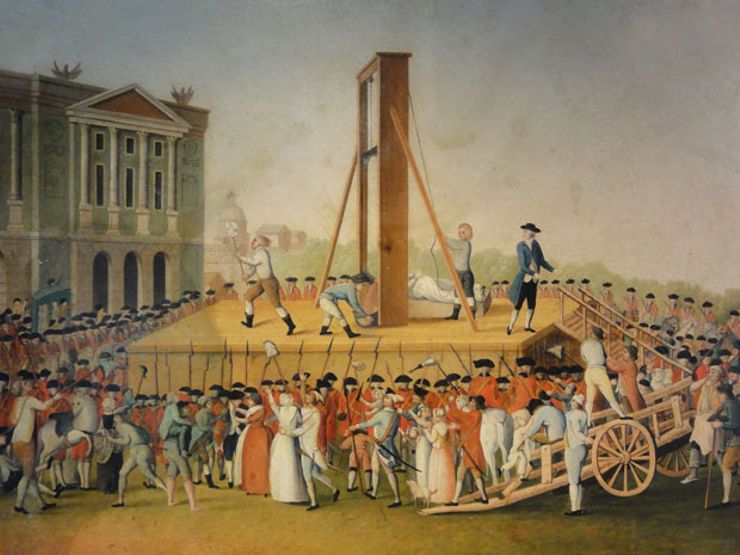 Aside from executing nearly 3,000 people during his career, Charles-Henri’s other distinction was introducing the guillotine to the public. During the Revolution, especially the blood-soaked period known as ‘The Terror’, Charles-Henri worked from dawn to dusk. With so many heads to take, Charles-Henri stated that the sword and axe were outdated. With constant use, they quickly dulled, making them inefficient for high numbers of executions, not to mention an extremely inhumane way to die for those facing a blunted blade.

Sanson felt it was time for something more scientific, as well as more egalitarian, matching Revolutionary ideals. A device recently invented by French surgeon Antoine Louis, which came to be known as the guillotine, fit the bill.

Charles-Henri argued that the guillotine was more efficient than sword or axe. It was more precise, and a tired executioner was less likely to make terrible blunders, especially during multiple executions. He tested it on straw bales, then on live sheep and finally on human corpses before pronouncing it an absolute success. Only a week after it was approved, he and the condemned robber Pelletier took their places in criminal history by being first to try it out. 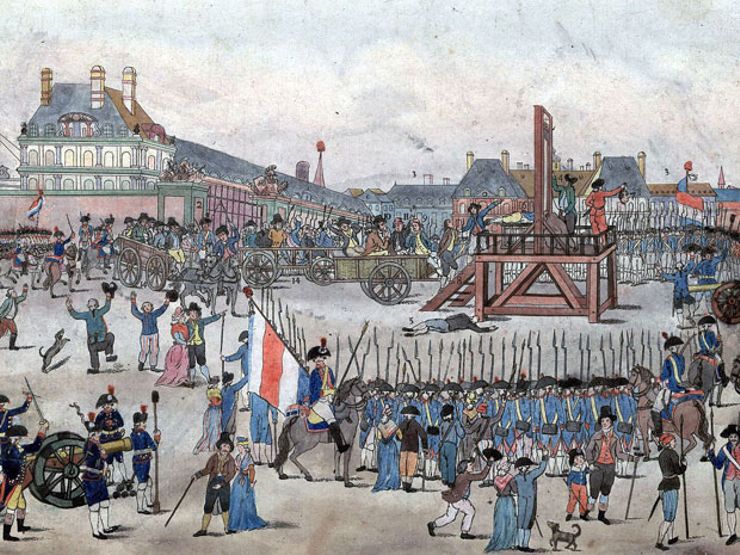 One famous anecdote involves Charles-Henri meeting Emperor Napoleon Bonaparte. When the emperor asked him how he could sleep at night, having killed so many people, Charles-Henri quipped, “If emperors, kings, and dictators can sleep well, why shouldn’t an executioner?”

The Great Sanson handed his grim office to his son Henri in 1795. His health was failing and, in all likelihood, he was mentally and physically drained. After years of increasing ill health, Charles-Henri Sanson died on July 4, 1806. Another two generations of Sansons would carry on the family tradition after him but, for Charles-Henri, it was time to join the multitude of ghosts whose lives he’d taken.

This requires further investigation. Sign up for The Archive's free newsletter and dive deeper into the mysteries of the past.