From the frozen expanse of the South Pole to the hot sands of the Sahara.

“To strive, to seek, to find, and not to yield.” Carved on a cross at the top of a hill overlooking the Ross Ice Shelf, the last line of Alfred Lord Tennyson’s poem “Ulysses” memorializes the ill-fated Terra Nova Expedition to the South Pole. But the Victorian poet’s words could also serve as a fitting epigraph to each of these astonishing tales of endurance, courage, and survival. From a Connecticut sea captain’s trek across the Sahara Desert to a troubled young woman’s hike along the Pacific Coast Trail, these pulse-pounding narratives offer essential insights into the human condition. Thankfully, all you have to do to join this adventure is read along. 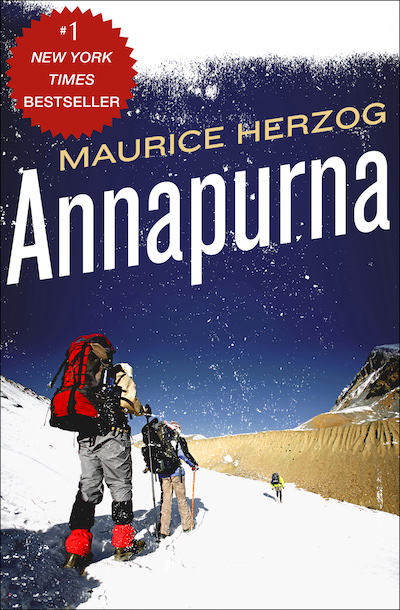 In 1950, a team of French mountaineers set out to do the impossible: Reach the summit of the 26,000-foot (8,000-meter) Himalayan peak Annapurna without the benefit of oxygen tanks or any other modern climbing equipment. Not only would it be the highest mountain ever climbed, but also, their route was uncharted. Defying the odds, they made it to the top in a mad dash only to face the final and most difficult part of the expedition—the descent. Herzog survived avalanches, frostbite, and gangrene to dictate his harrowing account from a hospital bed. To date, Annapurna remains the only such peak summited on the first attempt.

Related: 8 Strange Places from Around the World That You Won't Find in Your Average Guidebook

To prove his theory that the Polynesian islands could have been settled by explorers from pre-Columbian South America, ethnographer Thor Heyederdahl set out to recreate the voyage using only materials and technologies available at the time. In April 1947, he and team of adventurers launched a raft made of balsa logs into the Pacific Ocean off the coast of Peru. 101 days and 4,300 nautical miles later, they made landfall at Raroia, an atoll in the Tuamotos chain of French Polynesia. Heyerdahl’s account of the voyage is a riveting tale of man versus nature and a testament to the triumph of the human spirit. 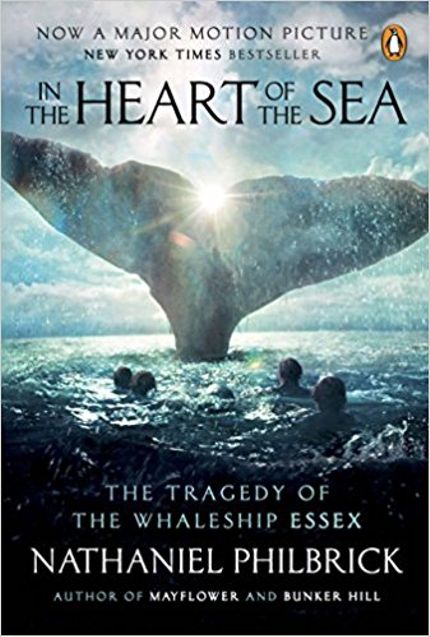 In the Heart of the Sea

This National Book Award winner is the riveting true story of the ill-fated Nantucket whaling expedition that inspired Moby-Dick. Drawing from the firsthand accounts of cabin boy Thomas Nickerson and first mate Owen Chase, Philbrick chronicles the yearlong journey of the Essex from Massachusetts to fishing grounds nearly 2,000 nautical miles west of South America. There, in November 1820, an abnormally large sperm whale rammed the ship, sinking it. Stranded in the middle of the Pacific Ocean, 20 sailors endured a hellish, three-month ordeal of starvation, exhaustion, and dehydration—only 8 survived. The tragedy of the Essex was one of 19th-century America’s biggest tabloid sensations, and Philbrick does the story justice by combining impeccable research with the pacing of a thriller.

Related: A Night to Remember: The Tragic Story of the RMS Titanic

In the Heart of the Sea 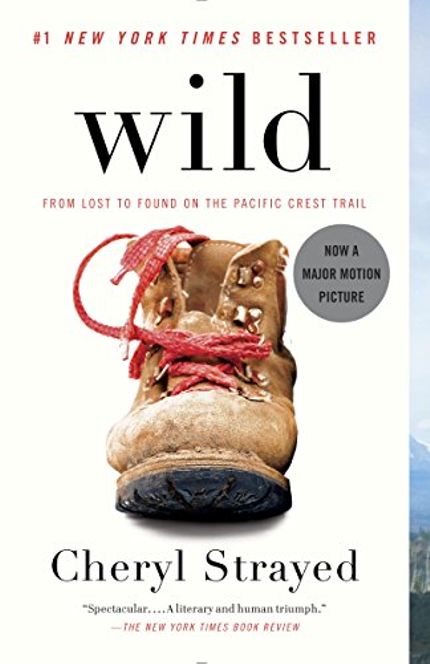 Any worthwhile adventure is also a journey into the self, but few accounts draw that connection as explicitly—or as beautifully—as this riveting memoir of Strayed’s attempt to heal herself by hiking more than 1,000 miles along the Pacific Coast Trail from the Mojave Desert in California to the Bridge of the Gods on the Oregon-Washington border. At only 26 years old, Strayed had lost her mother to lung cancer, her father and stepfather to indifference, and her marriage to infidelity. She felt like she was looking at life from the bottom of a deep well—and the only way out was to become a solo wilderness hiker. As improbable as that sounds, she was right. Recounted in prose that is quick-witted, tender, and bracingly honest, her soul-stirring trek changed her life and inspired countless others to follow in her footsteps.

Looking for thrilling stories of yesteryear? Sign up for The Archive's newsletter, and get courageous tales delivered straight to your inbox.

The 1996 season was one of the deadliest in the history of Mount Everest expeditions. A total of 15 people, many of them inexperienced climbers who had paid exorbitant sums of money to be on the mountain, perished that spring, including eight who died on one disastrous day. Krakauer, who had joined Rob Hall’s expedition on assignment from Outside magazine, was there when four different groups attempted to reach the summit on May 10. Trapped by a sudden, hurricane-force storm, Hall and fellow guide Scott Fischer tried in vain to save their clients and themselves. Krakauer casts a harsh eye on the commercialization of Everest and the missteps committed by experienced mountaineers, but doesn’t spare himself—his impeccably-written account is both a thrilling adventure story and a confession of survivor’s guilt.

In October 1991, three distinct weather patterns collided in the North Atlantic to form what meteorologists dubbed “the perfect storm”. Caught in the ensuing 100-foot waves and 120-mph winds was the Andrea Gail out of Gloucester, Massachusetts. Neither the swordfishing boat nor her six crew members were ever seen again. To tell his story, Junger starts narrow—with the hard-knock fishermen of the Andrea Gail in the days before their fateful voyage—but soon pulls back for a wide-angle view of the maelstrom. Wave physics, boat architecture, the science of drowning, and the history and economics of the North American fishing industry are all discussed, as is the daring rescue of a sailboat and the crash of a Air National Guard helicopter. What emerges is an unforgettable dual portrait: Mother Nature’s awesome power juxtaposed with the bravery of the men and women who willingly put themselves in her path.

Of the 45 people on board, 28 survived the initial crash of Uruguayan Air Force Flight 571 into the snowy peaks of the Andes Mountains. Several soon succumbed to the freezing temperatures and their injuries. After ten days, all rescue attempts were called off. With meager food supplies and no sources of heat, the remaining survivors, many of whom played rugby together, had little hope of making it out of the glacial wilderness alive. So they made a gruesome pact—the flesh of those who perished would feed the living. When their nightmare finally ended after 10 hellish weeks, only 16 passengers remained. British novelist and journalist Read never succumbs to sensationalism as he shines a light on the humanity and the heroism of this horrifying ordeal.

Skeletons on the Zahara

In 1815, the American merchant ship Commerce wrecked on Cape Bojador in the disputed territory of Western Sahara. Captain James Riley managed to lead his eleven crewmembers to safety, but they soon faced a fate worse than drowning—they’d come ashore on the edge of the Sahara Desert. With no food or water, their only chance for survival was to surrender themselves as slaves to the first tribe they encountered. Abused, starved, sunburned, dehydrated, and terrified, the Americans eventually made their way across hundreds of miles of desert to the city of Mogador (now Essaouira), where they made contact with the British consul. Riley’s account of his captivity was a bestseller in 19th-century America and helped to shape Abraham Lincoln’s views on slavery. King gives the now-forgotten story new life by retracing the ship captain’s tortured steps across the desert and rounding out the narrative with fascinating historical, cultural, and scientific details.

Skeletons on the Zahara 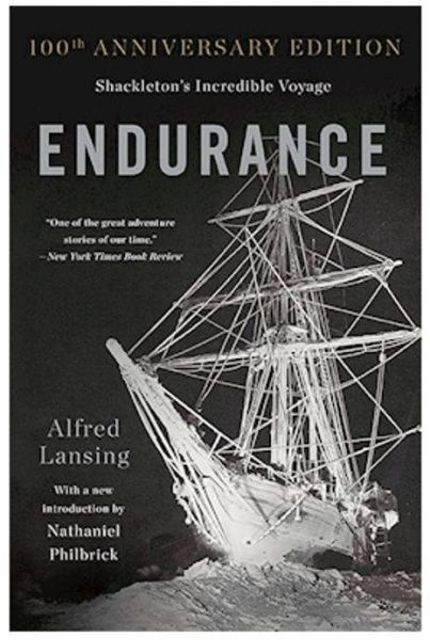 Long regarded as the high-water mark of British fortitude, Ernest Shackleton’s 1914 expedition to the South Pole was an epic failure—that might have turned out much, much worse. Shackleton’s goal was to cross Antarctica on foot, but he and his fellow explorers never made it to the continent. When their ship, the Endurance, became hopelessly frozen in an ice floe, Shackleton and his men survived for 10 months in one of the most inhospitable regions on the planet. Then came the most incredible part—a daring, open-boat journey across 850 miles of storm-tossed South Atlantic waters to find help. Lansing draws on ship diaries and interviews with surviving crew members (incredibly, not a single life was lost) to tell the definitive story of their legendary ordeal.

Related: Antarctica’s Outposts: Abandoned at the End of the World