The year 1968 was marked by turbulence in America.

In the early hours of June 5, 1968, presidential candidate Robert F. Kennedy was fatally shot at the Ambassador Hotel in Los Angeles. Kennedy had just won the California presidential primary election for the Democratic nomination.

While walking through the kitchen after giving his victory speech, Kennedy was shot by a 24-year-old Palestinian/Jordanian immigrant named Sirhan Sirhan. He later died in the hospital on June 6. Coming just five years after his brother President John F. Kennedy’s assassination, the death of Robert F. Kennedy has been the subject of much speculation and has contributed to the “Kennedy curse.”

One can't help but wonder how the course of history might have been altered had Kennedy made it to the election that November—the election that was then won by Richard Nixon, the only U.S. president to ever resign from office... which he did following the Watergate scandal.

1968 was marked by tragedy throughout the United States—including the assassinations of both Martin Luther King, Jr. and Robert F. Kennedy. But it was also a turning point, in which a younger generation began to question authority—especially when it came to the Vietnam War—and music was revolutionizing popular culture. Using previously unpublished interviews and documents, Charles Kaiser dives into this tumultuous year in his book 1968 in America. This history of a year explores how just twelve months can transform a nation.

Click here to read an excerpt of 1968 in America, by Charles Kaiser, and then download the book. 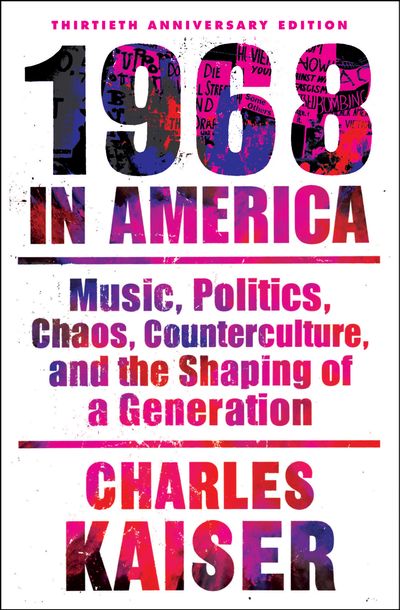