We’re giving away 3 grand prize bundles, plus 10 additional copies of the upcoming book.

*Editor's note: This giveaway has ended.

The New York Times bestselling authors of The First Conspiracy and The Lincoln Conspiracy have teamed up again for another riveting historical account. Written by Brad Meltzer and Josh Mensch, The Nazi Conspiracy focuses on a little-known event of World War II: an assassination plot against the Big Three. While Franklin Delano Roosevelt, Joseph Stalin, and Winston Churchill planned to discuss strategy at the Tehran Conference in 1943, the Nazis schemed to put an end to their talks—permanently.

Enter your email address for a chance to win The Nazi Conspiracy or a bundle of Brad Meltzer books!

By entering your email address, you agree to receive emails from The Archive and Flatiron Books.

From the New York Times bestselling authors of The First Conspiracy and The Lincoln Conspiracy comes the little-known true story of a Nazi plot to kill FDR, Joseph Stalin, and Winston Churchill at the height of World War II.

In 1943, as the war against Nazi Germany raged abroad, President Franklin Roosevelt had a critical goal: a face-to-face sit-down with his allies Joseph Stalin and Winston Churchill. This first-ever meeting of the Big Three in Tehran, Iran, would decide some of the most crucial strategic details of the war. Yet when the Nazis found out about the meeting, their own secret plan took shape—an assassination plot that would’ve changed history.

A true story filled with daring rescues, body doubles, and political intrigue, The Nazi Conspiracy details FDR’s pivotal meeting in Tehran and the deadly Nazi plot against the heads of state of the three major Allied powers who attended it.

With all the hallmarks of a Brad Meltzer and Josh Mensch page-turner, The Nazi Conspiracy explores the great political minds of the twentieth century, investigating the pivotal years of the war in gripping detail. This meeting of the Big Three changed the course of World War II. Here’s the inside story of how it almost led to a world-shattering disaster. 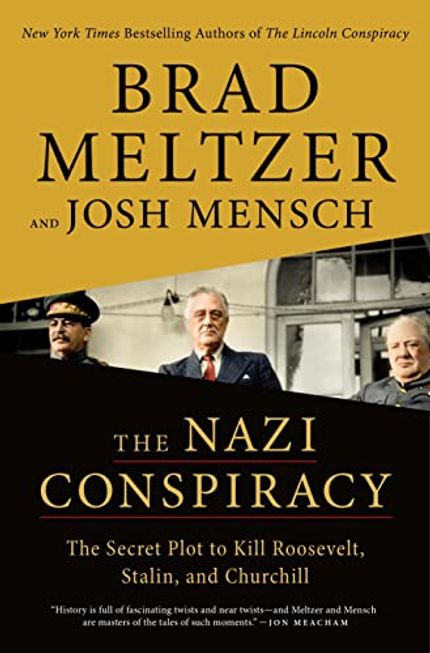 Taking place during the most critical period of our nation’s birth, The First Conspiracy tells a remarkable and previously untold piece of American history that not only reveals George Washington’s character, but also illuminates the origins of America’s counterintelligence movement that led to the modern day CIA.

In 1776, an elite group of soldiers were handpicked to serve as George Washington’s bodyguards. Washington trusted them; relied on them. But unbeknownst to Washington, some of them were part of a treasonous plan. In the months leading up to the Revolutionary War, these traitorous soldiers, along with the Governor of New York, William Tryon, and Mayor David Mathews, launched a deadly plot against the most important member of the military: George Washington himself.

This is the story of the secret plot and how it was revealed. It is a story of leaders, liars, counterfeiters, and jailhouse confessors. It also shows just how hard the battle was for George Washington and how close America was to losing the Revolutionary War.

In this historical page-turner, New York Times bestselling author Brad Meltzer teams up with American history writer and documentary television producer, Josh Mensch to unravel the shocking true story behind what has previously been a footnote in the pages of history. Drawing on extensive research, Meltzer and Mensch capture in riveting detail how George Washington not only defeated the most powerful military force in the world, but also uncovered the secret plot against him in the tumultuous days leading up to July 4, 1776. 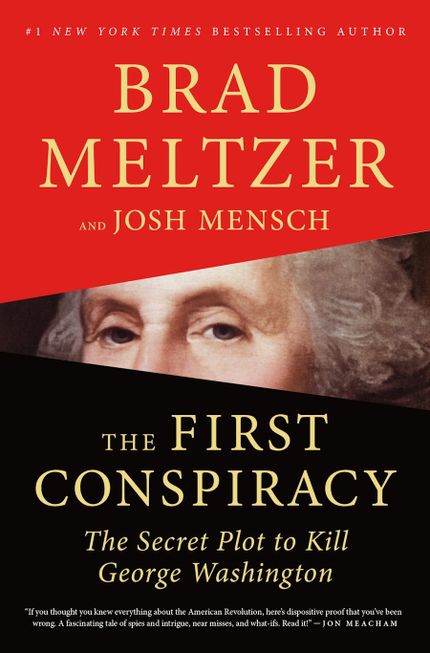 Brad Meltzer and Josh Mensch, the bestselling authors of The First Conspiracy, which covers the secret plot against George Washington, now turn their attention to a little-known, but true story about a failed assassination attempt on the sixteenth president in The Lincoln Conspiracy.

Everyone knows the story of Abraham Lincoln’s assassination in 1865, but few are aware of the original conspiracy to kill him four years earlier in 1861, literally on his way to Washington, D.C., for his first inauguration.

The conspirators were part of a white supremacist secret society that didn’t want an abolitionist in the White House. They planned an elaborate scheme to assassinate the President-elect in Baltimore as Lincoln’s inauguration train passed through, en route to the nation's capital. The plot was investigated by famed detective Allan Pinkerton, who infiltrated the group with undercover agents, including Kate Warne, one of the first female private detectives in America.

Had the assassination succeeded, there would have been no Lincoln Presidency and the course of the Civil War and American history would have forever been altered. 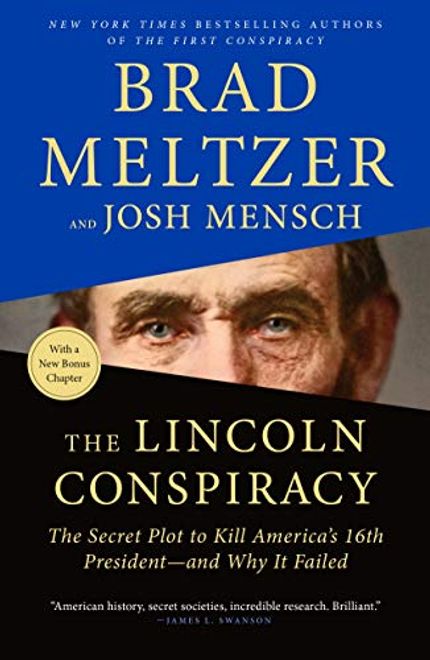 Note: The sweepstakes is open to all legal residents of the 50 United States and Washington, DC who are 18 years of age and older by December 2nd, 2022.