Based on Norman Lewis' acclaimed memoir, the film explores the aftermath of Germany's occupation of Naples.

On November 29, the acclaimed documentary Naples ‘44 will make its stateside debut after premiering in Europe last year. Directed by Italian filmmaker Francesco Patierno, the movie pays tribute to Norman Lewis’ memoir of the same name, which chronicles the year he spent aiding the reconstruction of the newly-liberated Naples. Sherlock star Benedict Cumberbatch narrates the film, using Lewis' own words to describe the aftermath of the German occupation.

The trailer is quiet but powerful, with instrumental music scoring a devastating montage of archival footage. Young children are pulled from rubble. Families look forlornly at the camera, while a man—with his back to us—serves as a stand-in for the late Norman Lewis. The result is a chilling, one-minute snapshot of Naples in the wake of World War II.

Before he was an esteemed travel writer, Lewis was a British intelligence officer who was sent to Naples in September of 1943. The expulsion of the Nazis and the arrival of Allied forces had done little to restore order, with much of the city still reeling from the devastation of World War II. The black market was thriving, and the Comorra—the Italian Mafia—ruled the streets. After years of deprivation, corruption ran rampant—as the natives depended on thievery and prostitution for survival. There was little love for outsiders like Lewis, and many people were suspected of being Nazi sympathizers.

The war may have broken Naples back, but it hadn’t completely broken its spirit. Despite the terrible hardships they endured, Lewis noted how the Neapolitans took pride in maintaining their traditions and customs. His memoir is as much a story of tragedy as it is of perseverance and everyday heroism, highlighting the courage it takes to move forward when the future seems uncertain.

Read the memoir that inspired the film to learn Norman Lewis' full story. 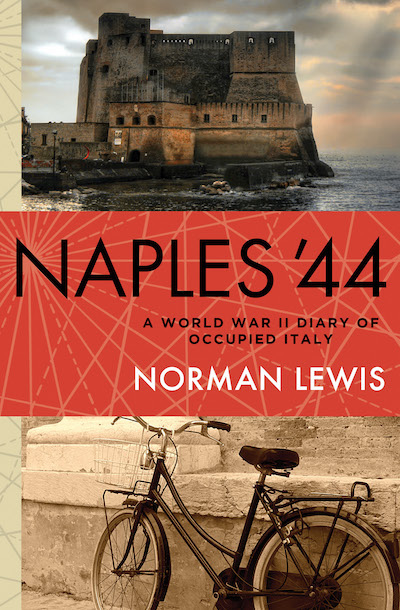 Looking for more history books and memoirs? Sign up for the The Archive's newsletter and get history stories delivered straight to your inbox.