Change your perspective with these books about the Second Persian Gulf War.

The morning of March 19, 2003 marked the beginning of the Iraq War that would eventually lead to devastating loss for both countries. With its roots in the first Persian Gulf War, some argue that the Iraq/U.S. conflict was inevitable, while others consider it an unnecessary war.

After dictator Saddam Hussein’s refusal to abandon Iraq in 2003, U.S. and allied forces launched a full-scale attack. What followed were years of American occupation, a large number of Iraqi and American casualties, and a growing tide of opposition to the seemingly unending war. The Iraq War spanned nearly the entirety of two presidential administrations in the United States, leading to shifting strategies and new technologies. Eventually, the Obama administration withdrew the final troops in 2011, but the long years of warfare continue to affect the Iraqi nation. These Iraq War books recount, analyze, and revisit the effects and experiences of a war that some have deemed preventable. 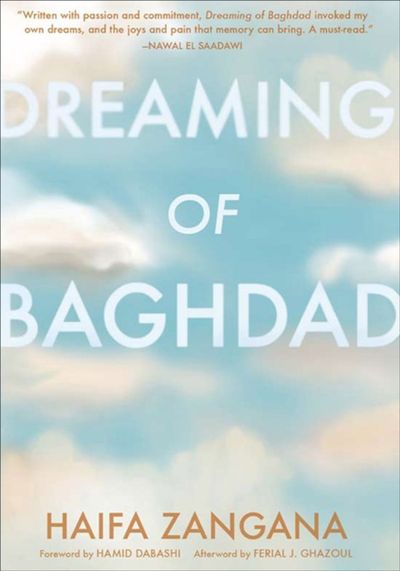 A humane approach to Middle Eastern affairs, Dreaming of Baghdad is a hauntingly beautiful memoir that will leave you with a new perspective on the "War on Terror". We follow Haifa Zangana’s experience as a political activist during Saddam Hussein’s reign in Iraq. She—along with a small group who resisted Saddam’s rule—was eventually captured and imprisoned at Abu Ghraib.

There is a stark illumination on the psychological disturbances experienced by individuals under dictatorship. Zangana is brutally honest when retelling her story of exile and incarceration; she experienced the agonizing loss of friends and comrades through torture and death in prison. A first-hand account that shifts between time, place, and subjectivity to comment on how the trauma of power and war affect our memory. 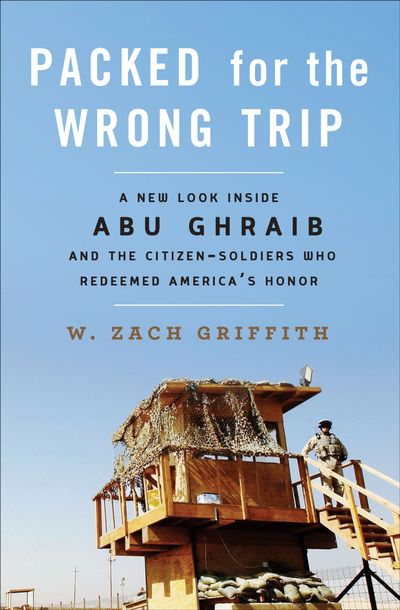 Packed for the Wrong Trip

The relatively unknown prison at Abu Ghraib garnered global attention once photos of the abuses inflicted on prisoners were released. Abu Ghraib quickly became the focal point of a worldwide scandal. Just a few months after the photographs were released, the 152nd Field Artillery Battalion of the Maine National Guard arrived to serve as guards. Originally trained and meant to serve in Afghanistan, the soldiers were deeply unprepared for the scrutiny they would receive and the attacks they would soon endure. The group of citizen-soldiers were forced to rely on each other in order to survive one of the darkest prisons in the world and change it for the better.

Packed for the Wrong Trip 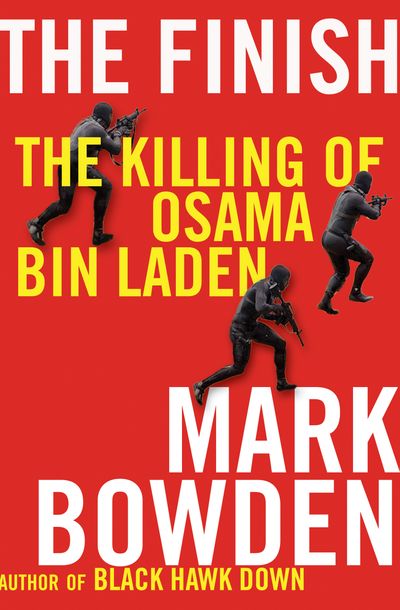 Get inside the political choices that brought down Osama bin Laden. Bowden's narrative takes the reader all the way back to President Clinton's administration to discover the many seemingly minor actions that allowed al-Qaeda to grow. After Bin Laden's terrorist organization wreaked havoc through the 1990s and early 2000s, taking him down became a top priority for foreign intelligence services around the world. 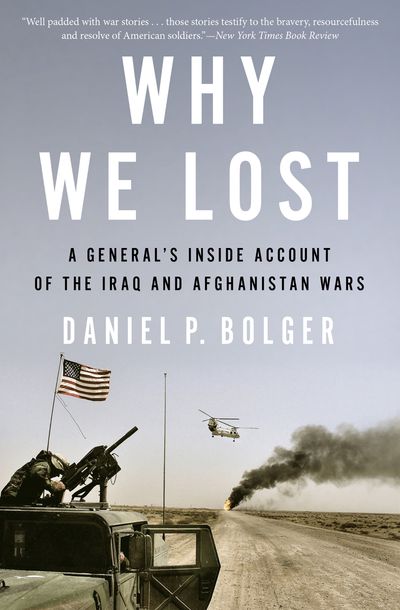 Firsthand experience and understanding brings a new perspective to American actions in the Iraq War. With a career as an army general that spanned over 35 years, Daniel Bolger provides a candid look into U.S. led campaigns with an insider look into the meetings, strategies, and key players of the war.

Bolger's main argument is that we lost the Iraq War because the American forces never knew who they were truly fighting. As Bolger puts it, “Every man shot by U.S. soldiers wore civilian clothes. If he had an AK-47, was he getting ready to shoot you or merely defending his family? If he was talking on a cell phone, was he tipping off the insurgency or setting off an IED, or was he phoning his wife?” 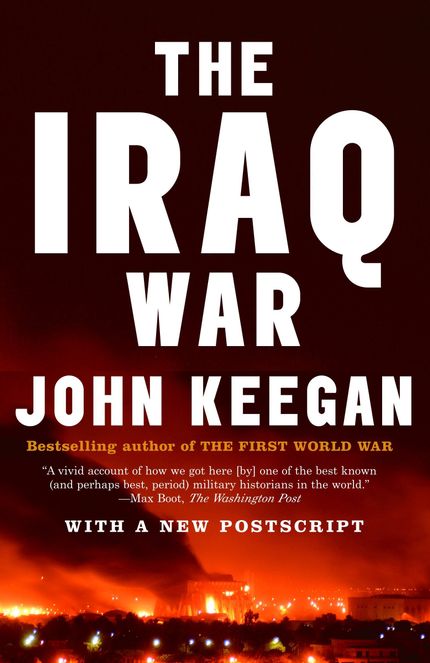 The Iraq War: The Military Offensive, from Victory in 21 Days to the Insurgent Aftermath

His background as a military historian with extensive knowledge on warfare gives Keegan’s discussion a refreshing, objective perspective. Keegan collated a well-detailed look into Iraqi history, from its origins in the Ottoman Empire to Saddam Hussein’s dictatorship. The Iraq War, despite its broad title, primarily recounts the 21-day invasion by the United States and allies that removed Hussein from power. As an explanation of the factors that led to the war, this is an unmissable resource.

The Iraq War: The Military Offensive, from Victory in 21 Days to the Insurgent Aftermath 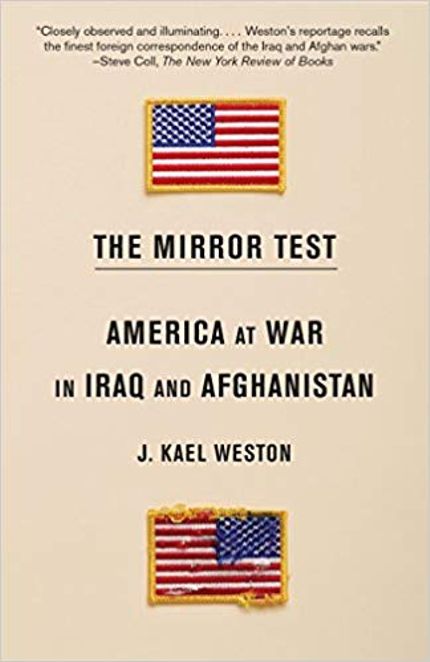 The Mirror Test: America at War in Iraq and Afghanistan

This powerful 2016 book examines the relationship between warfare and diplomacy. Like many of the other authors on this list, Weston had an inside look into the U.S. government during the Iraq War. Weston was a State Department official—serving over seven years in Iraq and Afghanistan. Weston uses this experience to show both the war and his own personal journey throughout the narrative. As a firsthand witness, he saw the sacrifice and casualties caused by a devastating war. The book follows Weston as he visits families, memorials, and the grave sites of 31 soldiers who perished in a helicopter crash on January 26, 2005—an operation he personally ordered. This deeply affecting tale reckons with Weston's and the country's actions in Iraq.

The Mirror Test: America at War in Iraq and Afghanistan 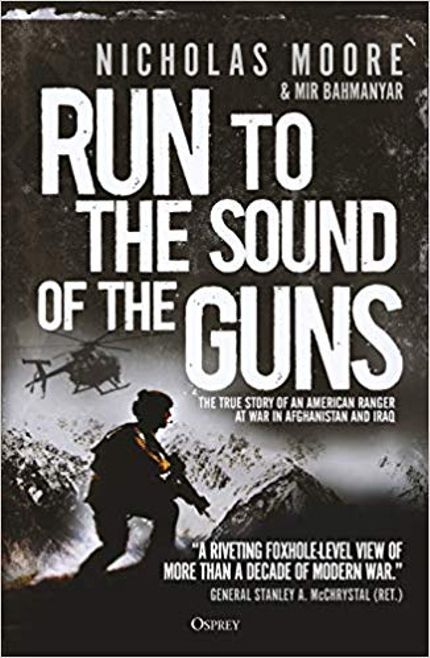 Run to the Sound of the Guns: The True Story of an American Ranger at War in Afghanistan and Iraq

This eyewitness account of the Iraq War is presented through a series of vignettes as Nicholas Moore recounts the development of the Ranger Regiment. He chronicles the challenges troops had to face and adapt to while hunting for Iraq’s Most Wanted. Serving in an elite special operations unit, Moore was intimately involved in the war on terror, spending over a decade with the U.S. Army’s 75th Ranger Regiment.

Moore discusses the search and rescue of Navy SEAL Marcus Luttrell and the devastating loss of the Chinook helicopter crash, which killed 38 men and one military working dog. Moore sees the events both as a soldier and as a husband and father who nearly lost his life in a global war against terrorism.

Run to the Sound of the Guns: The True Story of an American Ranger at War in Afghanistan and Iraq 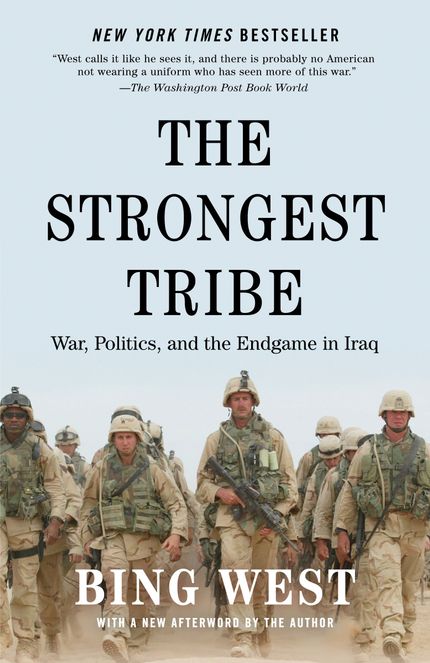 The Strongest Tribe: War, Politics, and the Endgame in Iraq

This is a straightforward recapitulation of the Iraq War that reconfigures the reader's understanding of the long-lasting conflict. Whatever your political stance, West puts it all under the microscope and leaves you questioning what you thought you knew. From the United States's entrance into the war to the brink of defeat in 2006, to the unimaginable turnaround in 2007, West criticizes the Bush administration and Army generals as he travels between the Pentagon and Ramadi. In the end, West asks us to reflect on our mistakes to avoid repeating history.

The Strongest Tribe: War, Politics, and the Endgame in Iraq