Enter for your chance to win an incredible collection of 11 fascinating titles.

This giveaway is now closed. We will contact 1 winner on March 13th.

The first female pilots of the early twentieth century find new freedom by taking to the skies; 1,200 captured Italian WWII soldiers work together with American forces to fight the Axis powers; One summer day in 1918, a German submarine surfaces off the coast of Cape Cod, Massachusetts—and opens fire.

These are just a few of the fascinating accounts and compelling narratives you'll find in our big history book bundle. In partnership with Arcadia Publishing and The History Press we're giving away an incredible collection you do not want to miss.

One lucky winner will receive a prize pack of 11 history books. From great Native American leaders to the Motor City's wartime might, these engrossing titles will keep you reading well into spring.

Enter your email address below for your chance to win. And keep reading for a list of what's included in the book bundle. Good luck!

Enter your email address for your chance to win our big history book bundle.

By submitting your email, you agree to subscribe to The Archive's newsletter, and to receive emails from Arcadia Publishing and The History Press. 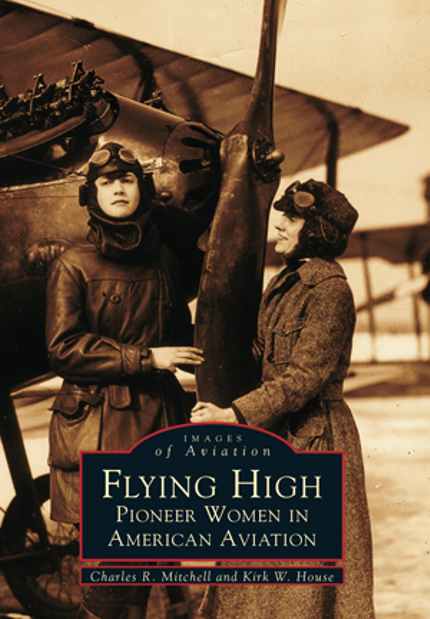 In the beginning of the twentieth century, women were demanding more freedom. What could bring more freedom than a chance to fly? Women went up in those early wire-and-fabric contraptions to gain independence, to make money, or to make their names as pilots. They sought to prove that women pilots could do just as well as men—and some did far better. Flying High: Pioneer Women in American Aviation tells the story of Blanche Stuart Scott, who made $5,000 a week and broke forty-one bones; of Harriet Quimby, who flew the English Channel handily and then fell to her death in five feet of water near Boston Harbor; of Ruth Law and Katherine Stinson, who set American distance flying records—all before any of them were allowed to vote. Flying High: Pioneer Women in American Aviation also tells the tales of women behind the scenes—the financiers, engineers, and factory workers—from the earliest days of flying to victory in World War II. These stories of the first female flyers are told in rare, vintage photographs, many previously unpublished, from the archives of the Glenn H. Curtiss Museum. 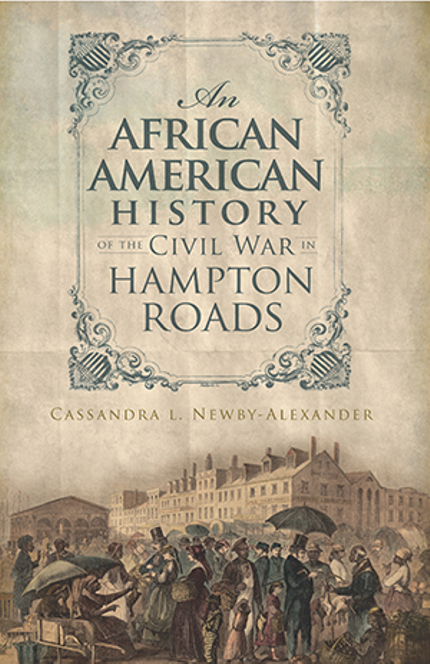 An African American History of the Civil War in Hampton Roads

It was in Hampton Roads, Virginia, that hundreds gained their freedom. The teeming wharves were once a major station on the Underground Railroad, and during the Civil War, escaped slaves such as Shepard Mallory, Frank Baker and James Townsend fled to Fort Monroe to become contrabands under the protection of General Benjamin Butler. Upon arrival in the region, many took up arms for the Union, and the valiant deeds of some placed them among the first African American Medal of Honor recipients. Join Professor Cassandra L. Newby-Alexander as she charts the history of this remarkable African American community from the Civil War to Reconstruction. Through a fascinating narrative and stunning vintage photographs, readers will discover the struggles and triumphs of the African Americans of Hampton Roads.

An African American History of the Civil War in Hampton Roads 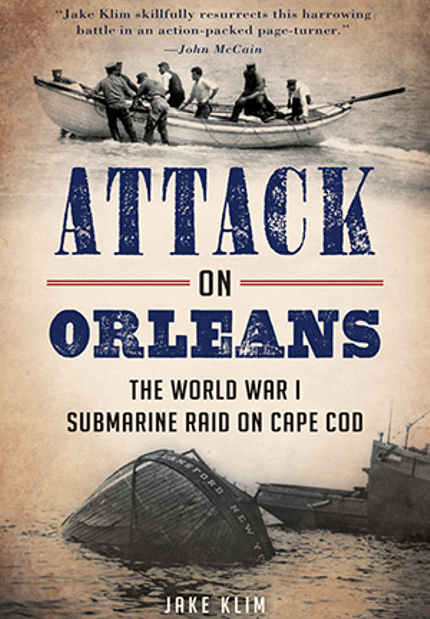 Attack on Orleans: The World War I Submarine Raid on Cape Cod

On the morning of July 21, 1918—in the final year of the First World War—a new prototype of German submarine surfaced three miles off the coast of Cape Cod, Massachusetts. The vessel attacked an unarmed tugboat and its four barges. A handful of the shells fired by the U-boat's deck guns struck Nauset Beach, giving the modest town of Orleans the distinction of being the only spot in the United States to receive enemy fire during the entire war. On land, lifesavers from the U.S. Coast Guard launched a surfboat under heavy enemy fire to save the sailors trapped aboard the tug and barges. In the air, seaplanes from the Chatham Naval Air Station dive-bombed the enemy raider with payloads of TNT. Author Jake Klim chronicles the attack from the first shell fired to the aftermath and celebrates the resilience of Orleans at war.

Attack on Orleans: The World War I Submarine Raid on Cape Cod 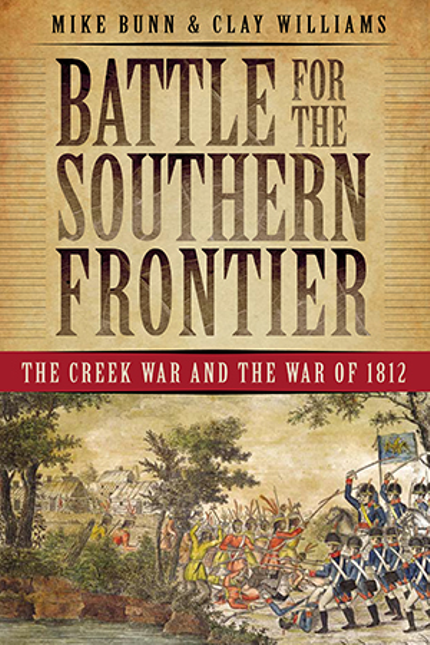 Battle for the Southern Frontier: The Creek War and the War of 1812

This comprehensive book is the first to chronicle both wars and document the sites on which they were fought. It sheds light on how the wars led to the forced removal of Native Americans from the region, secured the Gulf South against European powers, facilitated increased migration into the area, furthered the development of slave-based agriculture and launched the career of Andrew Jackson.

Battle for the Southern Frontier: The Creek War and the War of 1812 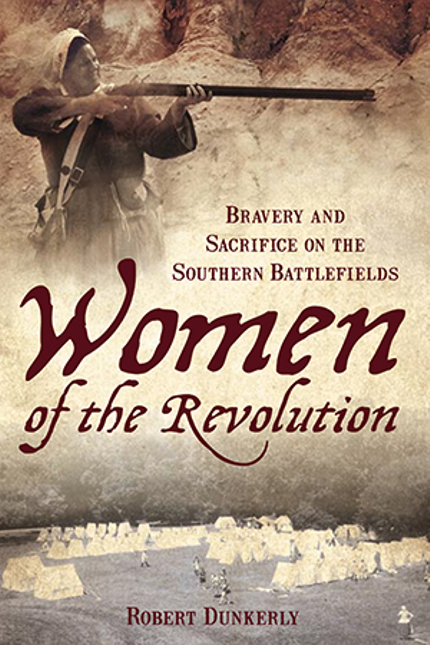 Women of the Revolution: Bravery and Sacrifice on the Southern Battlefields

Each of the Southern Revolutionary battlefields holds the history of soldiers and legends of women. From the wooded slopes of Kings Mountain to the fields of Cowpens, to the lesser-known sites like Fishing Creek and Hanging Rock, author Robert M. Dunkerly uncovers the stories and legends surrounding the women who were caught up in the struggle. This book serves not only as a study of the battles, but also as a chronicle of the experiences of women in the eighteenth century. Some were camp followers attached to the armies, while others were civilians caught in the line of fire. Women were present on nearly every battlefield, and their stories are told here for the first time.

Women of the Revolution: Bravery and Sacrifice on the Southern Battlefields 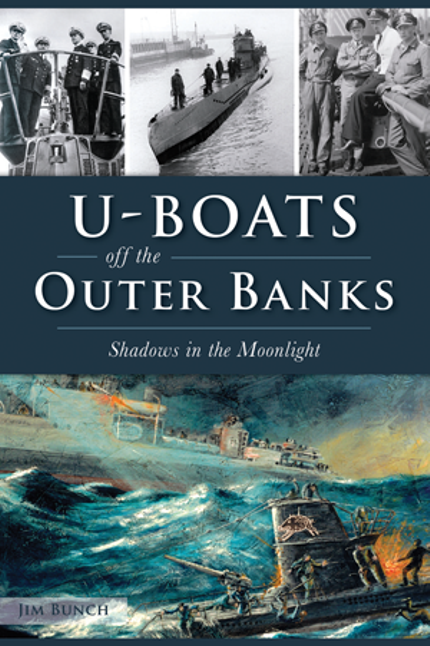 U-Boats off the Outer Banks: Shadows in the Moonlight

From January to July 1942, more than seventy-five ships sank to North Carolina's “Graveyard of the Atlantic” off the coast of the Outer Banks. German U-boats sank ships in some of the most harrowing sea fighting close to America's shore. Germany's Operation Drumbeat, led by Admiral Karl Donitz, brought fear to the local communities. A Standard oil tanker sank just sixty miles from Cape Hatteras. The U-85 was the first U-boat sunk by American surface forces, and local divers later discovered a rare Enigma machine aboard. Author Jim Bunch traces the destructive history of world war on the shores of the Outer Banks.

U-Boats off the Outer Banks: Shadows in the Moonlight 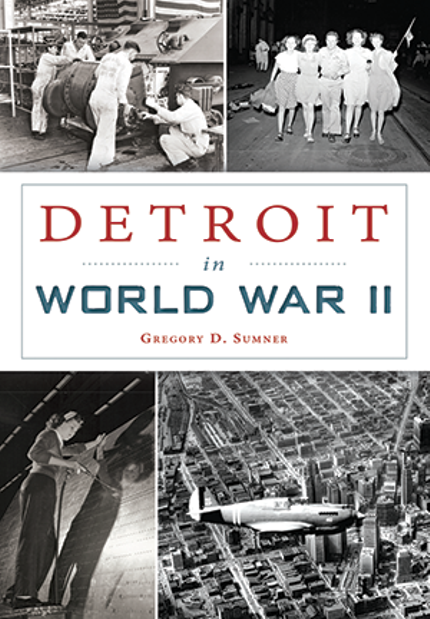 When President Roosevelt called for the country to be the great “Arsenal of Democracy,” Detroit helped turn the tide against fascism with its industrial might. Locals were committed to the cause, putting careers and personal ambitions on hold. Factories were retooled from the ground up. Industrialist Henry Ford, First Lady Eleanor Roosevelt, aviator Charles Lindbergh, legendary boxer Joe Louis, future baseball Hall of Famer Hank Greenberg and the real-life Rosie the Riveters all helped drive the city that was “forging thunderbolts” for the front lines. With a panoramic narrative, author Gregory D. Sumner chronicles the wartime sacrifices, contributions and everyday life of the Motor City. 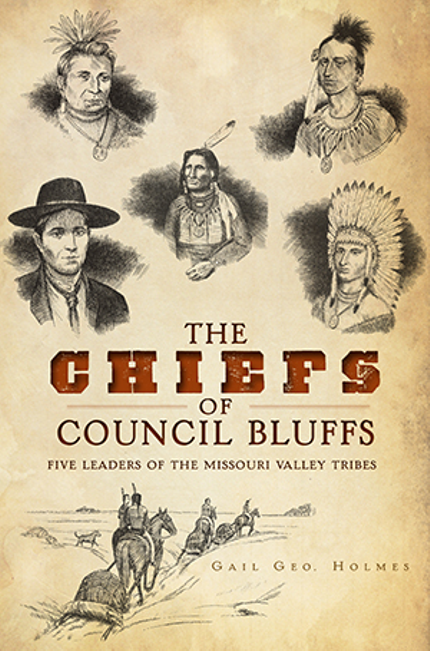 The Chiefs of Council Bluffs: Five Leaders of the Missouri Valley Tribes

Two centuries ago, the fierce winds of change were sweeping through the Middle Missouri Valley. French, Spanish and then American traders and settlers had begun pouring in. In the midst of this time of tumult and transition, five chiefs rose up to lead their peoples: Omaha Chief Big Elk, the Pottawatamie/Ottawa/Chippewa Tribe's Captain Billy Caldwell, Ioway Chief Wangewaha (called Hard Heart), Pawnee Brave Petalesharo and Ponca Chief Standing Bear. Historian Gail Holmes tells the story of their leadership as the land was redefined beneath them.

The Chiefs of Council Bluffs: Five Leaders of the Missouri Valley Tribes 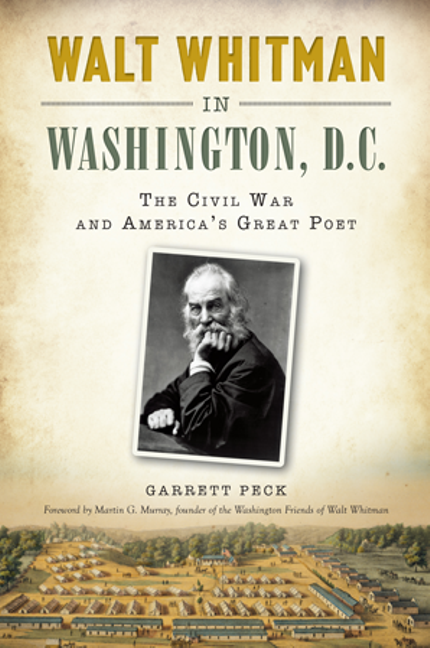 By Garrett Peck, Foreword by Martin G. Murray, founder of the Washington Friends of Walt Whitman

Walt Whitman was already famous for Leaves of Grass when he journeyed to the nation's capital at the height of the Civil War to find his brother George, a Union officer wounded at the Battle of Fredericksburg. Whitman eventually served as a volunteer “hospital missionary,” making more than six hundred hospital visits and serving over eighty thousand sick and wounded soldiers in the next three years. With the 1865 publication of Drum-Taps, Whitman became poet laureate of the Civil War, aligning his legacy with that of Abraham Lincoln. He remained in Washington until 1873 as a federal clerk, engaging in a dazzling literary circle and fostering his longest romantic relationship, with Peter Doyle. Author Garrett Peck details the definitive account of Walt Whitman's decade in the nation's capital.

By Garrett Peck, Foreword by Martin G. Murray, founder of the Washington Friends of Walt Whitman 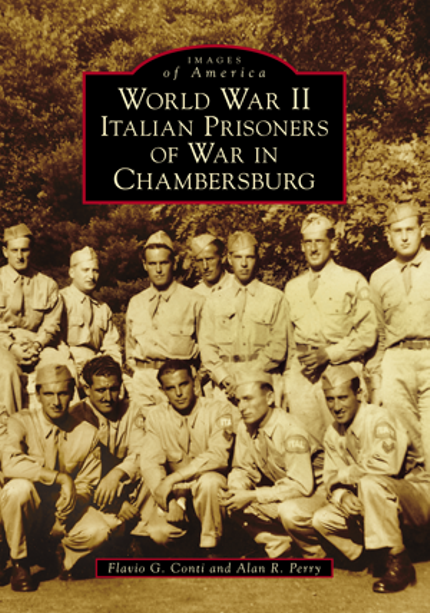 During World War II, the US government interned more than 1,200 captured Italian soldiers at the Letterkenny Army Ordnance Depot located near Chambersburg, Pennsylvania. These troops collaborated with the United States in a collective effort to defeat the Axis powers. They formed the 321st Italian Quartermaster Battalion, and their work consisted mainly of stocking and shipping materials—ammunition, military vehicles, weapons, and machinery parts—to the war fronts in the European and Pacific theaters of operation. For entertainment, the soldiers formed an orchestra and band and for sport, several different company soccer teams. As a sign of their faith, they built a chapel and bell tower, which are still used today. Many POWs forged deep friendships with Americans, and after the war, a few married their sweethearts and returned to live in the United States. Today, warm relations still continue between children and grandchildren of the POWs and the wider Chambersburg community. 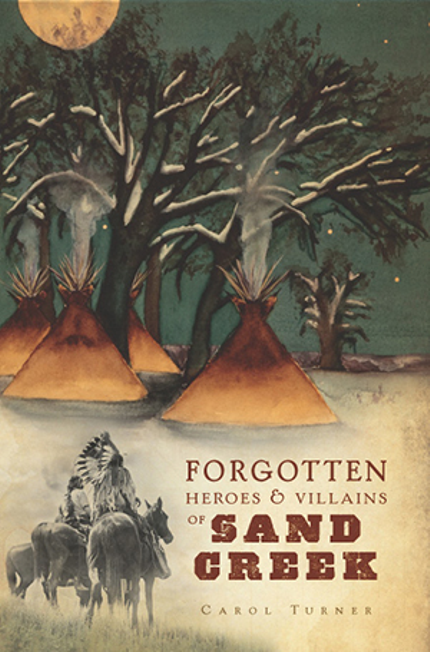 On November 29, 1864, Colonel John Chivington led a bloody and terrible raid on an encampment of Arapahos and Cheyennes who had come to the area believing they were on a path to peace. Before it was over, between 130 and 180 Native Americans had been massacred. This attack, known as the Sand Creek Massacre, is one of the most well-known and notorious events in Colorado's history. In Forgotten Heroes and Villains of Sand Creek, author Carol Turner turns an eye to the central characters, their histories and how they came to be part of this bloody episode. This fascinating look at such a pivotal event, its instigators and its martyrs includes the stories of John Chivington, an ambitious preacher with a streak of cruelty; Captain Silas Soule, a man who is still honored today by the Cheyenne and Arapaho tribes for his efforts in saving their ancestors; Ned Wynkoop, one of Soule's compatriots who had a change of heart regarding the tribes; Chief One Eye, a persuasive and charismatic medicine man; and many, many more.

With a library of more than 12,000 titles, Arcadia Publishing and The History Press are the leading publishers of regional history books in the United States. Follow them on Facebook and Twitter.

For full details about the giveaway, see our official rules.

Note: The giveaway is open to all legal residents of the 50 United States and Washington, DC who are 18 years of age and older by 2/26/2018.