Plus a stylish bookmark and tote bag.

*Editor's note: This giveaway has ended.

History books are rife with facts, figures, and maps, but what if you want to immerse yourself in an emotional perspective of the past? Firsthand accounts are of course wonderful resources, but sometimes there's nothing better than the dramatic flourish of a fiction author. There's no shortage of accurate, deeply affecting historical fiction novels—and with a little luck, you could take home five of them.

One grand prize winner will receive a bundle of gripping historical fiction reads, including In the Face of the Sun by Denny S. Bryce, The Second Mrs. Astor by Shana Abe, A Light Beyond the Trenches by Alan Hlad, The Spanish Daughter by Lorena Hughes, and The Saints of Swallow Hill by Donna Everhart. That's not all—the grand prize winner will also receive a floral bookmark and a "Fictional Wanderlust" tote bag.

Enter your email address below for a chance to win this exciting prize bundle.

By submitting your email address you agree to receive emails from The Archive and Kensington Publishing Corp.

In the Face of the Sun

In this haunting novel set at the height of the Civil Rights Movement in the 1960s, the author of Wild Women and the Blues takes readers on an audacious road trip from Chicago to Los Angeles with a pregnant young woman and her brash, profane aunt to confront a decades-old mystery from 1920’s Black Hollywood.

1928, Los Angeles: The newly-built Hotel Somerville is the hotspot for the city's glittering African-American elite. It embodies prosperity and dreams of equality for all—especially Daisy Washington. An up-and-coming journalist, Daisy anonymously chronicles fierce activism and behind-the-scenes Hollywood scandals in order to save her family from poverty. But power in the City of Angels is also fueled by racism, greed, and betrayal. And even the most determined young woman can play too many secrets too far . . .

1968, Chicago: For Frankie Saunders, fleeing across America is her only escape from an abusive husband. But her rescuer is her reckless, profane Aunt Daisy, still reeling from her own shattered past. Frankie doesn't want to know what her aunt is up to so long as Daisy can get her to LA—and safety. But Frankie finds there’s no hiding from long-held secrets—or her own surprising strength.

Daisy will do whatever it takes to settle old scores and resolve the past—no matter the damage. And Frankie will come up against hard choices in the face of unexpected passion. Both must come to grips with what they need, what they’ve left behind—and all that lies ahead . . . 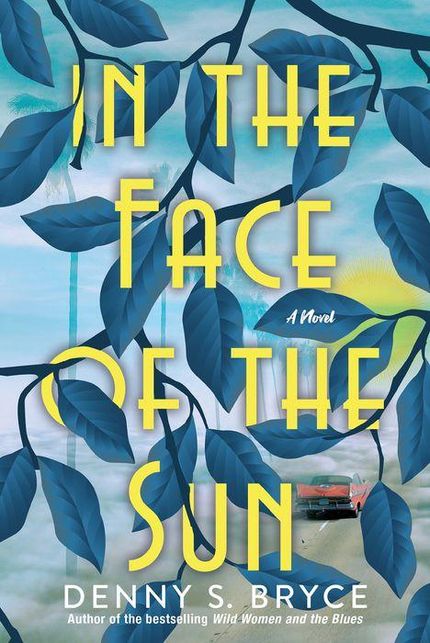 Perfect for fans of Jennifer Chiaverini and Marie Benedict, this riveting novel takes you inside the scandalous courtship and catastrophic honeymoon aboard the Titanic of the most famous couple of their time—John Jacob Astor and Madeleine Force. Told in rich detail, this novel of sweeping historical fiction will stay with readers long after turning the last page.

Madeleine Talmage Force is just seventeen when she attracts the attention of John Jacob “Jack” Astor. Madeleine is beautiful, intelligent, and solidly upper-class, but the Astors are in a league apart. Jack’s mother was the Mrs. Astor, American royalty and New York’s most formidable socialite. Jack is dashing and industrious—a hero of the Spanish-American war, an inventor, and a canny businessman. Despite their twenty-nine-year age difference, and the scandal of Jack’s recent divorce, Madeleine falls headlong into love—and becomes the press’s favorite target.

On their extended honeymoon in Egypt, the newlyweds finally find a measure of peace from photographers and journalists. Madeleine feels truly alive for the first time—and is happily pregnant. The couple plans to return home in the spring of 1912, aboard an opulent new ocean liner. When the ship hits an iceberg close to midnight on April 14th, there is no immediate panic. The swift, state-of-the-art RMS Titanic seems unsinkable. As Jack helps Madeleine into a lifeboat, he assures her that he’ll see her soon in New York…

Four months later, at the Astors’ Fifth Avenue mansion, a widowed Madeleine gives birth to their son. In the wake of the disaster, the press has elevated her to the status of virtuous, tragic heroine. But Madeleine’s most important decision still lies ahead: whether to accept the role assigned to her, or carve out her own remarkable path… 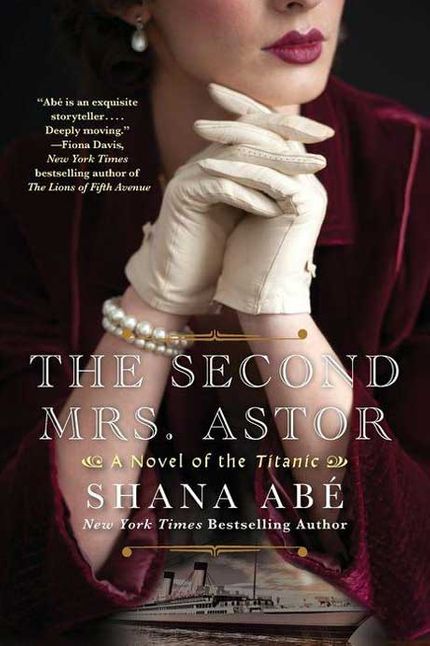 A Light Beyond the Trenches

From the USA Today bestselling author of Churchill’s Secret Messenger comes a WWI novel based on little-known history, as four very different lives intertwine across Europe from Germany to France—a German Red Cross nurse, a Jewish pianist blinded on the battlefield, a soldier tortured by deadly secrets of his own, and his tormented French mistress. This life-affirming tale of heroism and resilience will stay with you long after turning the final page.

By April 1916, the fervor that accompanied war’s outbreak has faded. In its place is a grim reality. Throughout Germany, essentials are rationed. Hope, too, is in short supply. Anna Zeller, whose fiancé, Bruno, is fighting on the western front, works as a nurse at an overcrowded hospital in Oldenburg, trying to comfort men broken in body and spirit. But during a visit from Dr. Stalling, the director of the Red Cross Ambulance Dogs Association, she witnesses a rare spark of optimism: as a German shepherd guides a battle-blinded soldier over a garden path, Dr. Stalling is inspired with an idea—to train dogs as companions for sightless veterans.

Anna convinces Dr. Stalling to let her work at his new guide dog training school. Some of the dogs that arrive are themselves veterans of war, including Nia, a German shepherd with trench-damaged paws. Anna brings the ailing Nia home and secretly tends and trains her, convinced she may yet be the perfect guide for the right soldier. In Max Benesch, a Jewish soldier blinded by chlorine gas at the front, Nia finds her person.

War has taken Max’s sight, his fiancée, and his hopes of being a composer. Yet despite all he’s given for his country, the tide of anti-Semitism at home is rising, and Max encounters it first-hand in one of the school’s trainers, who is determined to make Max fail. Still, through Anna’s prompting, he rediscovers his passion for music. But as Anna discovers more about the conflict’s escalating brutality—and Bruno’s role in it—she realizes how impossible it will be for any of them to escape the war unscathed . . . 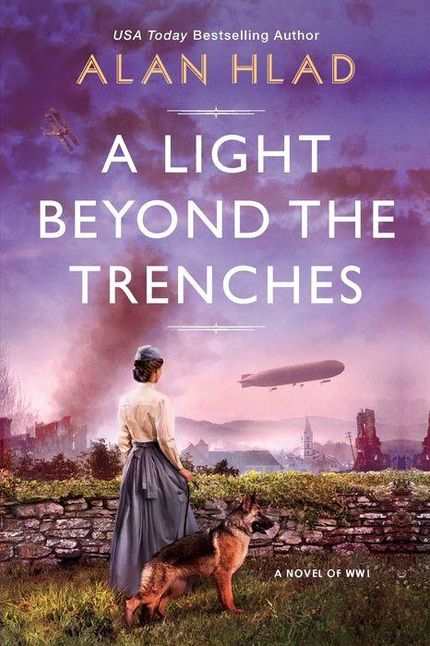 Perfect for fans of Julia Alvarez and Silvia Moreno-Garcia, this exhilarating novel transports you to the lush tropical landscape of 1920s Ecuador, blending family drama, dangerous mystery, and the real-life history of the coastal town known as the “birthplace of cacao.”

As a child in Spain, Puri always knew her passion for chocolate was inherited from her father. But it’s not until his death that she learns of something else she’s inherited—a cocoa estate in Vinces, Ecuador, a town nicknamed “París Chiquito.” Eager to claim her birthright and filled with hope for a new life after the devastation of World War I, she and her husband Cristóbal set out across the Atlantic Ocean. But it soon becomes clear someone is angered by Puri’s claim to the estate…

When a mercenary sent to murder her aboard the ship accidentally kills Cristóbal instead, Puri dons her husband’s clothes and assumes his identity, hoping to stay safe while she searches for the truth of her father’s legacy in Ecuador. Though freed from the rules that women are expected to follow, Puri confronts other challenges at the estate—newfound siblings, hidden affairs, and her father’s dark secrets. Then there are the dangers awakened by her attraction to an enigmatic man as she tries to learn the identity of an enemy who is still at large, threatening the future she is determined to claim… 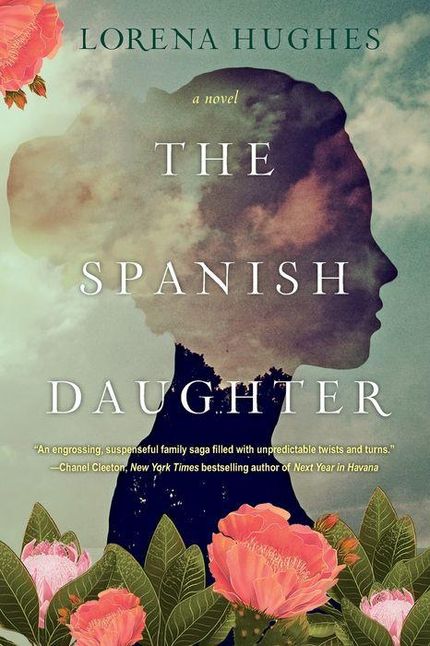 The Saints of Swallow Hill

Where the Crawdads Sing meets The Four Winds as award-winning author Donna Everhart's latest novel immerses readers in its unique setting—the turpentine camps and pine forests of the American South during the Great Depression. This captivating story of friendship, survival, and three vagabonds' intersecting lives will stay with readers long after turning the final page.

It takes courage to save yourself...

In the dense pine forests of North Carolina, turpentiners labor, hacking into tree trunks to draw out the sticky sap that gives the Tar Heel State its nickname, and hauling the resin to stills to be refined. Among them is Rae Lynn Cobb and her husband, Warren, who run a small turpentine farm together.

Though the work is hard and often dangerous, Rae Lynn, who spent her childhood in an orphanage, is thankful for it--and for her kind if careless husband. When Warren falls victim to his own negligence, Rae Lynn undertakes a desperate act of mercy. To keep herself from jail, she disguises herself as a man named "Ray" and heads to the only place she can think of that might offer anonymity--a turpentine camp in Georgia named Swallow Hill.

Swallow Hill is no easy haven. The camp is isolated and squalid, and commissary owner Otis Riddle takes out his frustrations on his browbeaten wife, Cornelia. Although Rae Lynn works tirelessly, she becomes a target for Crow, the ever-watchful woods rider who checks each laborer's tally. Delwood Reese, who's come to Swallow Hill hoping for his own redemption, offers "Ray" a small measure of protection, and is determined to improve their conditions. As Rae Lynn forges a deeper friendship with both Del and Cornelia, she begins to envision a path out of the camp. But she will have to come to terms with her past, with all its pain and beauty, before she can open herself to a new life and seize the chance to begin again. 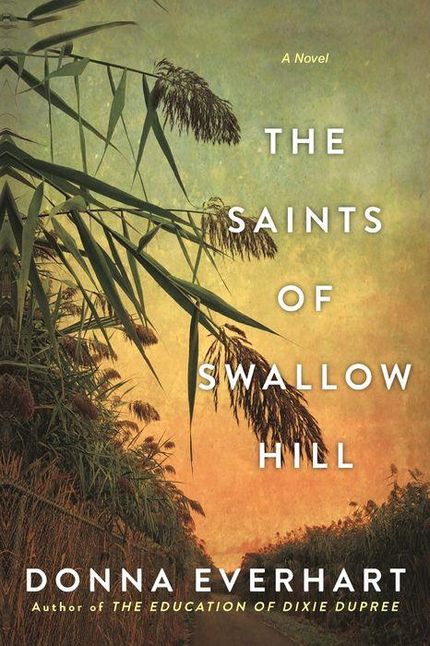 For full details about the giveaway, see our official rules.

Note: The sweepstakes is open to all legal residents of the 50 United States and Washington, DC who are 18 years of age and older by 4/22/22.