6 Incredible Death Rituals From Around the World

From Madagascar's turning of the bones to the sky burials of the Tibetan plateau, unearth these unique and captivating funeral rites.

A key tenet of Zoroastrianism, an ancient Persian religion, is the maintenance of both physical and spiritual purity. Death is seen as evil and decomposition is considered to be the work of a demon called Druj-I-Nasush. This demonic act is harmful to the spirit and highly contagious, so many steps are taken to avoid touching the body.

Upon death, the deceased is washed in bull’s urine before being wrapped in linen. A dog known as a saglid then visits the corpse twice in order to cast away evil. Only then is it fit for viewing before being placed into the dhakma, or “tower of silence”—a raised structure that exposes the body to vultures.

What if there was a way to ease oneself into death? To many adherents of Jainism, a South Asian religion that believes self-control and nonviolence are a means to spiritual liberation, there is such a thing. It’s called santhara, or sallekhana. This ancient practice is only permissible for people with terminal illnesses or extreme disability.

Slowly, a person gives up small pleasures in life—first books and entertainment, then sweets, tea, and medicine. Finally, the person refuses all food and water. Upon death, the person’s life is celebrated—family members dress in bright colors and dine in honor of the dearly departed. Far from a somber affair, their joyous day of mourning commemorates a life well spent. 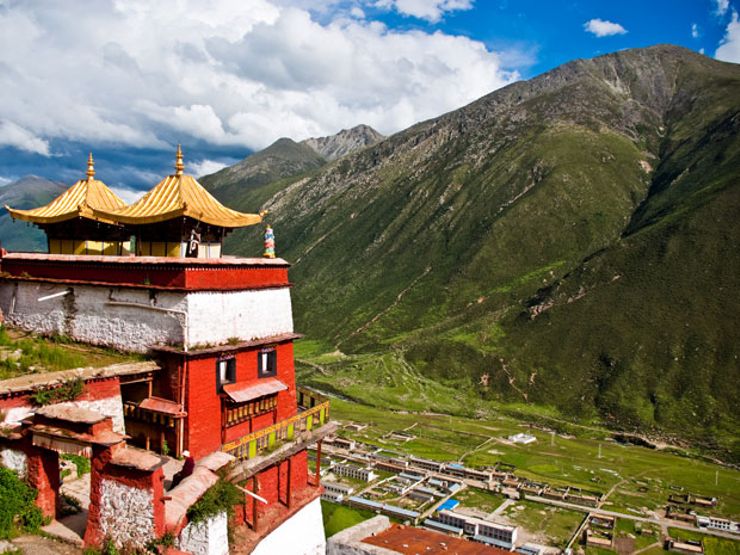 There are coffins, there are urns, and, of course, the famed mummies of Egypt. But high upon the plateaus of central Asia, another kind of burial rite is practiced: sky burial. Known in Tibetan as bya gtor, or “bird-scattered,” the funeral rite involves placing the corpse atop a mountain to be consumed by birds of prey.

Widely practiced by adherents of Vajrayana Buddhism in Tibet, Nepal, Bhutan, and Mongolia, sky burials are directly tied to the concept of rebirth. The body, seen as an empty vessel, is disposed of in what’s believed to be the most benevolent way: directly back to the earth, sky, and fellow creatures.

In some cultures, the dead but rise again. The Malagasy people of Madagascar practice famadihana, meaning “turning of the bones.” Practitioners periodically exhume their dead from family crypts and wrap the bodies in fresh shrouds. Music plays as extended family members join together to lift the corpse and dance near the gravesite. According to the ritual, one’s soul enters the realm of the ancestors only after complete decomposition and numerous death ceremonies.

While the cultures of Australia’s native people differ across the continent, spiritual beliefs are often grouped under the concept of Dreamtime, or the creation period. Death brings the departed into the ancestral fold, and the living acknowledge this by painting their bodies white, cutting themselves as an act of mourning, and singing to promote the deceased’s rebirth.

Funeral rites are distinctly elaborate for the people of Northern Australia. The burial occurs in two stages. First, the body is elevated on wooden planks and covered in leaves where it’s left for months to rot. The second stage begins once the bones are collected and covered in ochre. Family members sometimes take a bone and carry it with them as a memento. Other times, the remains are interred within a cave. 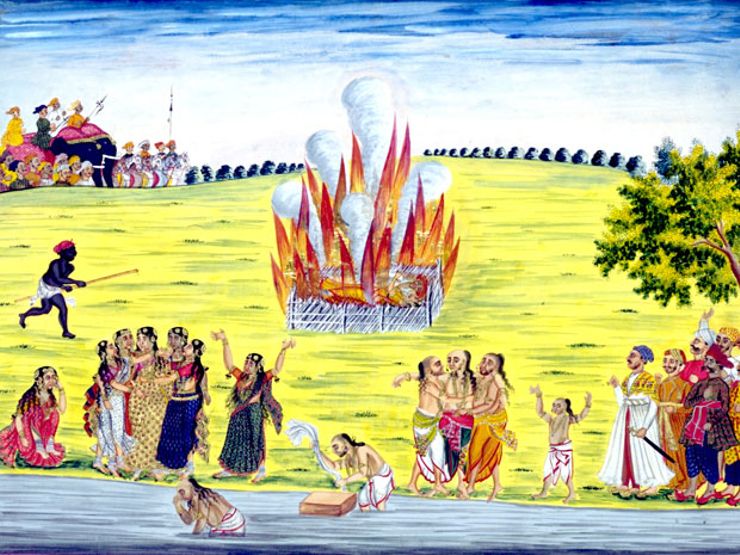 Although no longer practiced, sati deserves mention due to its ties to the bonds of marriage. In Hinduism, bodies are cremated in a wooden funeral pyre. Within some sects of Hinduism, a widow would voluntary immolate herself upon her dead husband’s pyre. Sati was banned in 1829, but reports of the act still surface. As recently as 2008, an elderly woman committed sati in the Indian state of Chhattisgarh.