Congressman Charlie Wilson was a champion for the covert op that affected the outcome of the Soviet-Afghan War.

A former naval officer, Texas native, and 12-time elected member of the House of Representatives, Charlie Wilson was the man behind the longest covert CIA operation in American history. During the Soviet-Afghan War—which lasted from 1979 to 1989—Wilson channeled funds and weapons to Afghan insurgents, hoping the operation would result in a Soviet defeat.

Considered a Cold War-proxy war, the Soviet-Afghan conflict began after Afghanistan's communist party gained control in 1978. Their Stalin-like policies quickly earned the support of the Soviet Union, though this alliance grew increasingly fraught as conflict arose within the party’s ranks. The murder of President Nur Murhammad Taraki in September of 1979—and the takeover of his partner-turned-enemy Hafizullah Amin—ultimately led to the Soviets’ intervention shortly afterwards. Their violent invasion and assassination of President Amin was met with great criticism, as Western politicians urged the Soviets to leave Afghanistan.

The insurgent groups fighting the Soviets were known as the mujahideen. Lacking the sophisticated weaponry needed to make a lasting impact, they relied largely on guerrilla warfare. But across the world, the U.S. was eager to back their resistance efforts—though any support had to be given in secrecy. It was essential that the U.S. did no further damage to their already-tense relationship with the Soviets.

Want more espionage nonfiction? Sign up for The Archive's newsletter and get our recommended reads delivered straight to your inbox.

After hearing about the atrocities committed on the mujahideen and innocent Afghans by the Soviets, Charlie Wilson began championing greater U.S. involvement in the war. He proposed allocating millions of dollars to arm the resistance with advanced weaponry—a bold and dangerous move if it became public. But while Wilson initially asked for several million dollars, the operation would ultimately cost the U.S. billions.

The plan, dubbed Operation Cyclone, proved to be key in securing the withdrawal of Soviet troops from Afghanistan in 1989. The Afghan's victory—for which Wilson was largely credited—is believed to have played a pivotal role in the 1991 fall of the Soviet Union, the end of the Cold War, and the propagation of radical terrorism.

Charlie Wilson’s congressional career, combined with his reputation as hard-partying playboy, certainly made him an intriguing character in the political sphere. But his story also made for an entertaining book, George Crile’s Charlie Wilson’s War, and the Tom Hanks-Julia Roberts film of the same name.

In addition to chronicling Wilson’s life, Crile’s book provides a detailed account of Operation Cyclone—its orchestration, its execution, its controversies, and its consequences. The first chapter sets the scene: In 1979, the Watergate Scandal still loomed in the American consciousness, while “Vietnam syndrome” had incited widespread fear of the Soviet Union. But President Jimmy Carter was against such “dirty tricks” and fear-mongering, and he aimed to start an era in which covert operations were no longer part of the Agency’s agenda.

However, the Soviet’s invasion of Afghanistan lit a fire beneath Carter, showing him—and other U.S. politicians—the necessity of aiding the resistance forces. The following excerpt of Charlie Wilson's War takes readers to the moment Wilson learned about the extent of the devastation in Afghanistan, and how he justified his plan to double the U.S. budget for supplying the mujahideen with weapons. 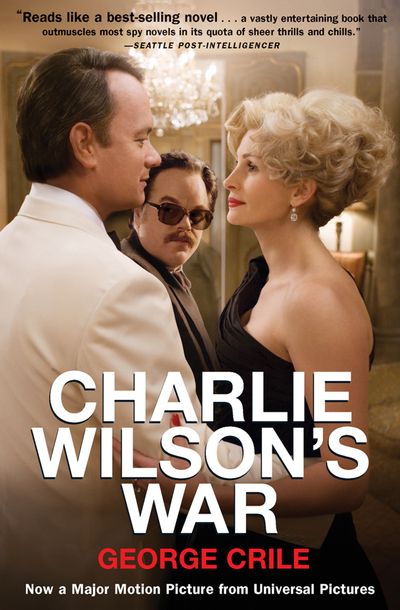